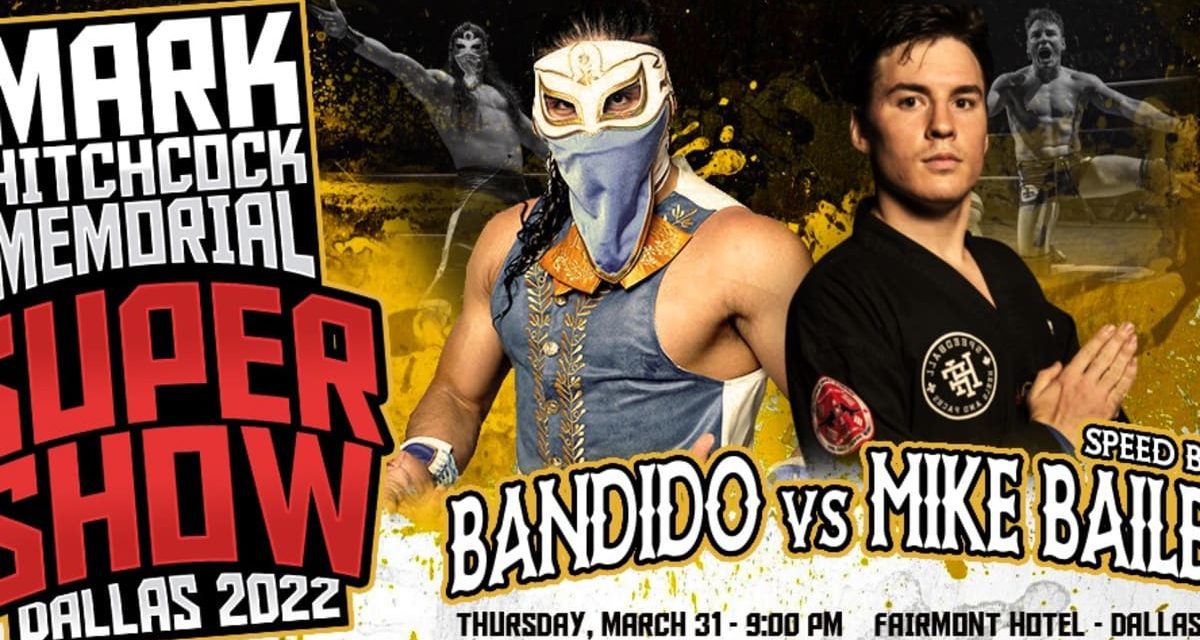 This was just pure MOVEZ from the bell, no long stalling periods, no building to a crescendo, just two dudes throwing the very best in their arsenal at each other. And what an arsenal they both have; this was like watching live action Tekken. This match could have main-evented any show in the country and sent fans home happy.

Bailey’s got a full schedule of dates this weekend, if he can match this a few more times, he might be in for a legendary weekend. ****1/2

If the opener was a flat out sprint, then this was a much more variegated affair with both wrestlers dipping deep into their toolbox for a bit of this and a bit of that. This match had it all: grappling, submissions, highflying, power moves, holy shit moves (a massive top rope powerbomb from Athena to Yim), and even some devious heel work from Athena too. I was very much enjoying this until the end when they did a ref bump spot which didn’t seem to achieve much except muddy Mia Yim’s victory. This was a misstep; firstly it’s Wrestlemania weekend and if you lose clean but have a great match, as they were doing, then it shouldn’t matter as fans are going to walk away wanting to see you again whether you win or lose. So why go to this TV-wrestling nonsense?

Regardless of the ending, this was a great match and worth seeing if you’re a fan of these two. ****

I’m going to admit that I’ve never seen Timothy Thatcher before this. From his low-fi trunks and general manner, I could sense that he’s a no-nonsense type of guy who does chops and submissions, etc and would probably do well in NXT UK or wherever (the name would get him over as heel for sure).

This match was boring and lacked energy. There’s little else to say. They certainly weren’t winning the match of the show award. **

“I was thinking this was gonna be a fun little romp, but we’ve just had Taya Valkyrie get a plate shattered in her face”- Veda Scott

A match with the premise of a husband and wife arguing over who has to do the dishes, the build to this evoked memories of the famous “Good Housekeeping” match where Jeff Jarrett got paid 200k to drop the Intercontinental Title to Chyna. Surely this would be a similar light-hearted, battle of the sexes affair, with a few slapstick nutshots? Nope, this was played almost entirely straight as a deathmatch with crockery. Now to be fair, the actual match itself, devoid of all context, wasn’t that bad. The effort was there, but intergender wrestling is a delicate art form at the best of times and a man brutalising his wife felt just a wee bit uncomfortable. At least it all ended with a declaration of love and a big smooch. Hey, this is their theatre, I guess.

This was everything you would expect given the talent in the ring. A pure spotfest with everyone getting their chance to shine. Taurus in particular stood out, his imposing figure moving effortlessly from power to aerial assaults. If there was a negative, I would have liked to have seen this go a little longer with the opening 5-10 minutes being a bit more grounded and team-based, which I think would have catapulted it into the MOTY territory. As it was, this was still a great explosive match that’s worth checking out. ***3/4

This felt like it came from the same drawing board as Thatcher vs Ishii. This one had a little bit more energy and Suzuki was happy to take advantage of Busick’s cut from a previous match to brawl on the outside and splatter the front row (hope you brought your facemasks!) **3/4

The member berries were out for this match, which consisted of everyone getting precisely 1 minute to do their stuff and then PCO running through his suicide moves. This match also featured Onita hitting the WORST DDT I HAVE EVER SEEN. You could watch this match just for that. To be fair, I didn’t have a bad time watching this, but it was not pretty. **1/2

Hilarious pre-match juxtaposition as Ian Riccaboni emphasises the storied and intertwining histories of the four wrestlers, whispering tentatively that “there’s magic in the air”, while at the same time Low Ki is getting agro with a ringside fan and Homicide is yelling “I fucked your girl last night and she had bad pussy” on the house mic. We’ve reached midnight folks.

This whole segment/match felt more like ECW than ROH, from the crowd-baiting to the stop and start brawling. When they did wrestle everything was very nicely executed, but it never threatened to become great. ***

With the first two matches, I thought we were heading towards an all time great card. Sadly, the quality dropped off after that aside from the 6-man tag. Nevertheless it was still a fairly fun card and if you have the FITE pass it’s worth checking out even if only to see the matches that appeal to you.

I also want to say that the commentary from Veda Scott and Ian Riccaboni was fantastic and brought the perfect mix of knowledge and levity to please the hardcore and casual fans alike. Would love to hear both of them on a big name wrestling tv show in the future. 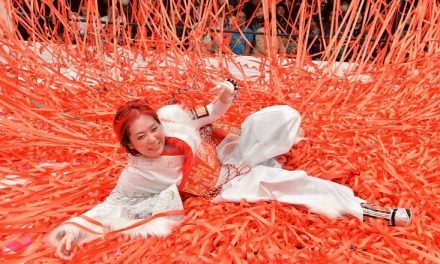 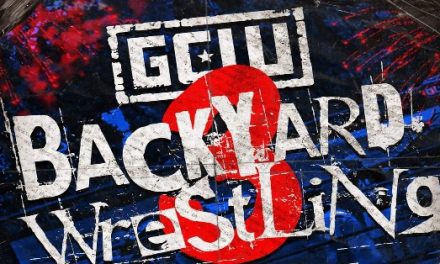 GCW Backyard Wrestling 3: Life, Liberty, and the Pursuit of Putting Your Opponent Through a Door! 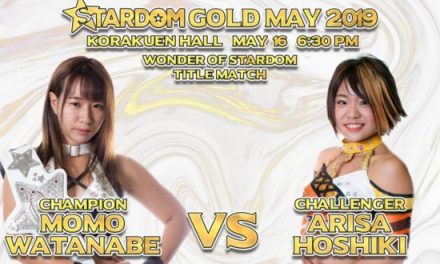