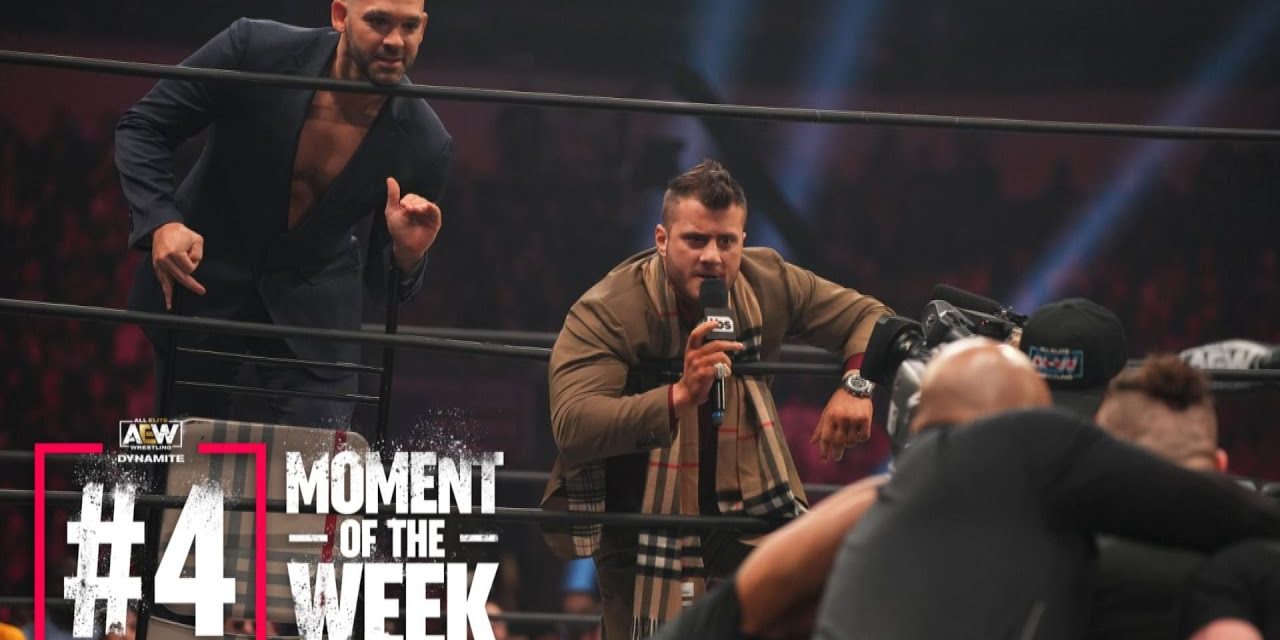 The easy thing to write about here are the matches – overall, this was a really great in-ring product this week. There were four matches that I’d recommend making sure you saw, with a fifth that could appeal to people who really like Jon Moxley & Bryan Danielson. Your favorite will probably come down to your preference between the pure professionalism in the ring of both Dax Harwood and CM Punk and the absolutely stupid(ly entertaining) stunts in the chaotic eight-man tag match.

A step behind those two matches was Adam Cole vs. Jay Lethal, which had a couple of slower spots but also some very intricate counterwork circling around their big moves.

We also got a great promo from the Jericho Appreciation Society where they taunted the missing Ortiz & Santana. Matt Menard is one of the best promos in wrestling, and him getting an opportunity to show that off in a much bigger role is really great.

MJF had a solid promo, though not really one of his best, that sets up the big Wardlow feud. It also seems that we’re getting another MJF feud where the big match will be teased for months before it’s finally delivered.

FTR also had a good, shorter promo where they challenged The Gunn Club to a match.

Jon Silver had a fantastic house of fire series in the main event tag, which was overall a very good match.

I used to really like Vickie Guerrero about a decade ago in WWE as, well, basically this character but playing off of Edge. But whenever she cuts a promo on AEW television, it comes off as out of place. Her pairing with Nyla Rose doesn’t make a lot of sense. Rose feels like she could be a great promo on her own – she’s got a brilliant presence on Twitter and it’s always a small highlight when she trash talks during backstage beatdowns. I just don’t think this pairing is helping Rose out at all.

Red Velvet and Leyla Hirsch are both promising talents on the women’s side of the roster. I can see things about them that make them stand out and they look like solid prospects moving forward. Unfortunately, the two put together something of a mess of a match last night. Outside of a couple of spots that looked good – Velvet’s ‘rana off the apron onto Hirsch in particular – these two just didn’t mesh well at all. The setup to the finish was weird – Velvet hit her finisher, Hirsch rolled out of the ring to sell, but immediately recovered to do her turnbuckle weapon shenanigans.

The timing was just off on that.

This was probably one of Jim Ross’ best performances overall on an episode of Dynamite in a while. He didn’t outright bury anything the company was trying to build as a good thing. That said, he did cause a fairly notable gaffe in the aftermath of Punk’s match. It’s clear that Excalibur was going to play up CM Punk making motions that he’d be challenging for a championship, but JR steamrolled over that to put over Punk. He was at least trying to sell the product, so this isn’t outright bad, but it seemed to fluster Excalibur.

I was thinking last night about how Julia Hart’s heel turn hasn’t been teased in a good bit, so of course, it was played up last night. It’s been four months since Malakai Black sprayed mist into her eye, and we’re still teasing something happening off of it. Given the Blonds’ relatively low position on the card and how rarely they show up on the TV shows, it feels even longer. AEW likes to slow play things; sometimes this works, and sometimes it’s a “oh, yeah, that’s a thing that happened” reaction.

We’re on the latter.

Building off the last comment – one thing AEW also does is for their secondary women’s feuds, they choose one feud and then work every possible iteration of it to death for months. That happened with the Anna Jay & Tay Conti vs. The Bunny & Penelope Ford feud, and I fear we’re in that mode with Velvet, Hirsch, & Kris Statlander.

Sammy Guevara & Tay Conti feel like they could very easily turn heel soon, and not necessarily intentionally. It’s odd that Guevara has had no on-screen reaction to the demise of the Inner Circle at all.

Finally, we got a hard move towards Wheeler Yuta joining the Blackpool Combat Club after he quit the Best Friends. Yuta’s promo was solid, if unspectacular, but it was odd in that neither Chuck Taylor or Orange Cassidy reacted at all to him leaving. 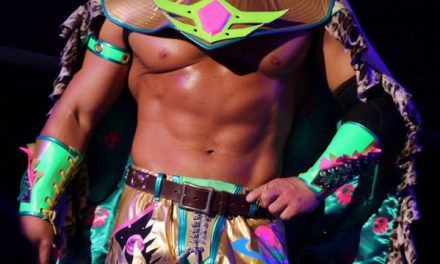