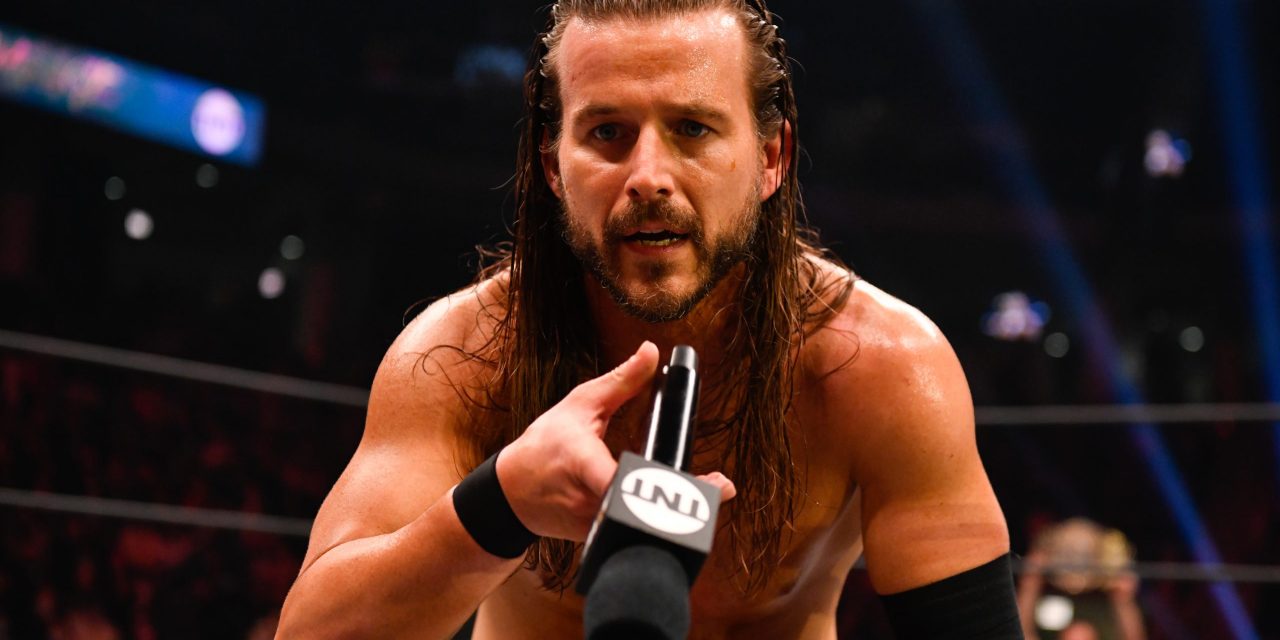 How will you feel when you hear Adam Cole’s excellent theme song hit this Sunday at AEW Revolution 2022?

Will you be excited to see him challenge for “Hangman” Adam Page’s AEW World Championship?

Will you still have gas in the tank to enjoy this match after MJF and Punk get down and dirty with dog collars and presumably lots of Blood?

Will you be looking forward to it after seeing Jon Moxley and Bryan Danielson go to war and bleed together?

After probably three hours of wrestling injected into your eyeballs, will you still be in the mood for Page vs. Cole?

As of writing, it has been just over three months into the long-awaited title reign of everybody’s favorite Millennial Cowboy, “Hangman” Adam Page, and in less than a week he has his first pay-per-view title defense against Adam Cole. While I have enjoyed Hangman’s reign to a point, his match on Sunday does not feel important at all. Well at least compared to other feuds going on around it.

His reign got off to a hot start with a readymade feud with #1 contender, Bryan Danielson, whose passion for professional wrestling has been reignited since he signed with Tony Khan’s company. This was a fun feud, with two spectacular matches but it was relatively brief by AEW standards and felt like it was run through a little too quickly. While approximately seven weeks long, which isn’t short, I felt this feud could have been stretched out a little longer.

Hangman would soon move onto a feud with Lance Archer, culminating in a match on February 9, 2022. This program was shorter than the Danielson feud, three weeks in total and had a far less substance to it. Again, the match was very enjoyable but the feud was over before it began and seemed like a placeholder to give Hangman something to do rather than advance his story.

Now Hangman Page is thrust into his first PPV title defense with roughly three weeks build, against a man with whom he has plenty of history: Adam Cole.

One of AEW’s strengths since popping up has been to effectively tell compelling main event stories. Jon Moxley and Chris Jericho, who headlined the Revolution PPV in 2020 had three and a half months to build to their main event match. While at the time some had doubted AEW’s ability to hold fans’ attention for three-plus months, AEW delivered one hell of a build-in what was in hindsight a very successful show. Fans who migrated from WWE to watch AEW’s version of professional wrestling were arguably conditioned to short, hollow builds to marque matches, yet Mox vs. Jericho showed that with the right story and trust in the performers, longer and slower feuds are the way to go.

Then take the Kenny Omega-Hangman story arc. Over a year of build, with a subtle slow build that came to a satisfying conclusion and made a star in the process. AEW clearly knows what they are doing when it comes to telling long-term stories and making new main event stars.

That’s why it puzzles me that Hangman has been more or less spinning his wheels since the Danielson feud ended. The feud with Archer was brief and more or less devoid of any real substance, despite the match itself making Page look stronger. Now he rolls onto the PPV with a build that’s lukewarm at best, with the booking having no real hallmarks of long-term storytelling.

Adam Cole is the opponent and while he hasn’t been buried as some commentators like to suggest, he hasn’t been elevated enough to be considered a real threat to Hangman’s reign. While his work has mostly been crisp and solid since joining AEW, Cole has not been presented as the main event star he was in NXT. Yes, he hasn’t lost an official match, but he hasn’t looked massively impressive in victory either. And no matter what you say about his unsanctioned loss to Orange Cassidy, I saw it and it happened.  In my opinion, it’s a weak storytelling device that may explain Cole’s ability to get a title shot, but he ultimately does nothing to heat him up for a main event level match. The decision to let Freshly Squeezed go over him a few weeks ago is mindboggling in hindsight, as Cole does not look worthy of a title shot, nor does he appear to be capable of winning come March 6.

Cole has his own slow-burning story building himself with the Bucks and Omega, and that’s fine but right now Hangman Page seems like a side character in that story at best as opposed to being the star of his own tale. As a result, this match with Cole feels far less important than the MJF-Punk match or the Danielson v Moxley feud, hell even the Kingston v Jericho program is hotter than this.

Three weeks have not been enough time to heat this feud up, nor has it been enough to present Cole as a credible threat to the era of Hangman. Now, as I have said, they have history. But does the expulsive AEW viewer know this beyond the small tidbits mentioned in the build? Probably not.

Are these two performers capable of working a good match?

Sure. No doubt about it.

Will this match be an afterthought on what could be an otherwise spectacular show?

Perhaps, and if we are honest most likely.

I am of the opinion that Hangman’s reign would have looked so much different had Moxley not taken a leave of absence. Maybe a long-term Page vs. Mox program was on the cards in November. Maybe what we got with Danielson and Page was a direct result of AEW having to adapt to unexpected circumstances beyond anyone’s control. Who knows? In an alternate reality, we may have gotten Jon Moxley vs. Adam Page on March 6, but we are getting Cole vs. Page on a cold, three-week build instead.

Listen, I am a big fan of both Cole and Page and I firmly believe these are two men that at their best can deliver fantastic results. But has this match and feud been given the best chance to succeed?

Would this feud and match have benefited from having Adam Cole look strong at the expense of Orange Cassidy?

Would the Page and Cole feud fair better had it been given more time to develop at the expense of Archer feud?

Would Hangman look like a stronger more successful champion by defeating a stronger opponent after a lengthy feud?

I could make arguments that a longer Cole vs Page program would be better viewing, I would also be of the opinion that a longer Archer v Hangman feud would be a hotter program than the one we are receiving on Sunday. Would there be any complaints if Danielson vs. Page III was happening at Revolution?

Last night, AEW delivered an extremely enjoyable go-home edition of their flagship show. MJF and Punker delivered an epic piece of pro wrestling theatre as they took their feud to another level before their big PPV bout. Mox and Danielson got straight to the point and ramped up the anticipation for their bout. And while MJF, Punk, Mox and Danielson brought their feuds to a fever pitch level, Cole and Page were passing in the wind as nothing they could muster could compete with what went on before them. Foreshadowing for Sunday?

I’m a firm believer that your World Title match should go on last and if your title fight isn’t your hot ticket, you need to make changes to amend that situation. I can easily see the fans being exhausted and deflated after watching MJF and Punk tear it down, and even if you go with a buffer match before the main event, it’s a hard place on the card for Page and Cole.

The history of the previously mentioned Mox and Jericho match from 2020 tells us that they can still deliver while following hot matches. Cody vs. MJF was a tough act to follow, as was the surprisingly awesome PAC vs. Orange Cassidy, but Jericho vs. Mox still did the business come main event time, so perhaps I am prematurely counting Page and Cole out without giving them a chance.

Time will ultimately tell if this feud and match are memorable, but my view is that this feud could be a hell of a lot better than what we are receiving this Sunday and while I hope I’m wrong, I believe it may suffer when it goes on last. 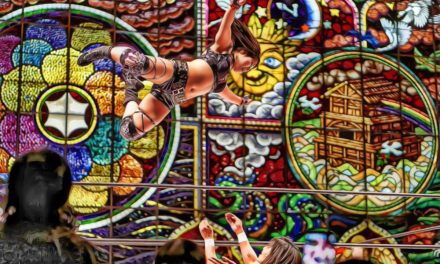 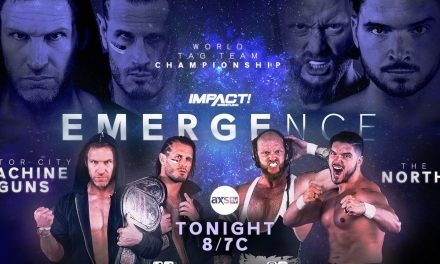