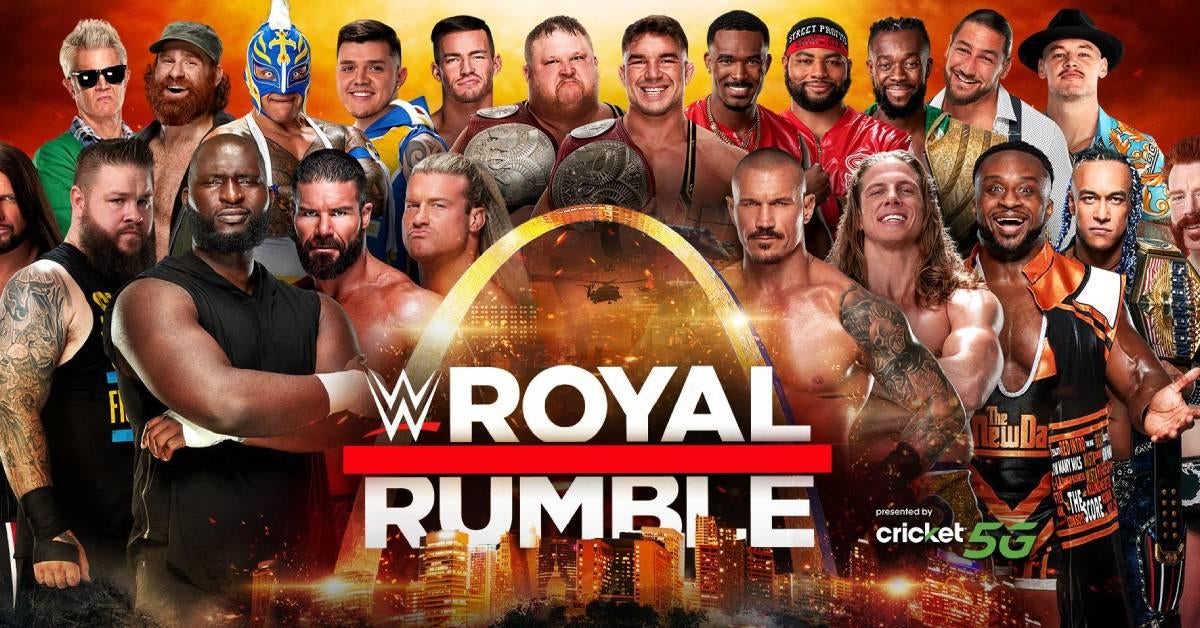 Joey O’Doherty: An Irish wrestling fan who habitually tunes in for the Rumble each year regardless of how poor WWE is creatively. Yes, the company is in the toilet from a booking point of view, but Joey is still pumped for the 30 person marque matches as he lives for the surprises and the excitement of arguably WWE’s most anticipated event of the year.

NOT OFFICIALLY ADDED
War Raiders vs. The Usos

No real build but it was teased on the go-home Smackdown so it’s not totally cold. It’s fresh and not another New Day match for Jimmy and Jey so I can dig this if it’s given time. Prediction: The Usos

Delighted the former Piper Nevin is being featured in such a bout. The feud itself has been fine, nothing spectacular. Becky’s Conor McGregor tribute act isn’t hitting for me, although it’s not nearly as annoying as her husband’s current shtick.

This match will largely be live or die by the crowd, who will in all likely hood focus on Becky and not her opponent, just like they did at Day One. And as with that Liv Morgan match, WWE’s persistence with pushing a hugely likeable star as a heel will only be detrimental to this match.

These two are capable of delivering inside the ropes, so at the very least this will be an interesting bout but Becky is the winner here. Hopefully, Doudrop can get over in defeat, but let’s be real, this company wouldn’t know how to make a babyface star if one fell out of the sky and into their laps. So Doudrop will probably look like a geek and Big Time Becks will win another one and the world will keep on turning. Prediction: Becky Lynch

Edge and Beth Phoenix vs The Miz and Maryse

It’s not a poor feud, it’s not a brilliant feud, and it’s a perfectly passable feud that I just don’t have any interest in. It’s been done before with John Cena and his former squeeze Nikki Bella in the roles of the Copelands, and I’ve little time for babyface Edge. Miz and Edge have as much chemistry in the ring as you’d expect them to have, but this might be a fun match with their significant others added to the mix if the stars align. I do have a soft spot for the Mizanins after becoming accustomed to watching Miz and Mrs with my Mrs (common interests yo), so I suspect I will enjoy this match more than most.

Expect Edge to pull awful facials, The Miz to botch a move and Beth to “go to that place” and to destroy her counterpart. WWE law tells me Miz and his Mrs are winning this after he counted the lights at the Day One PLE. Edge will probably get his heat back by eliminating Miz from the Rumble (they are not advertised but will probably show up in the 30 man match). Prediction: The Miz and Mrs.

Let’s get this straight.

I enjoy Roman and Seth’s in-ring work, and I these two will probably deliver in the ring come Saturday night. But I care so little about each guy that I’ve very little interest in this heel v heel program. Roman is stale and has been in a habitual holding pattern since SummerSlam. Seth is not a main event character for me. His act is all fashion appeal, little substance and he will never be considered a star in my eyes with such a low rent act. He is just annoying, I want him off my screen rather than see him get his comeuppance.

So when these two collide on Saturday, I will most likely enjoy the match as they can certainly go in the ring, but ultimately I won’t really be bothered about the match. It’s pretty much heatless, with the most noteworthy thing to come out of this story being a name drop of their former Shield brethren. I see no way Roman loses to the poor man’s Slick, so let’s just get past this horrible feud and enjoy it as best we can. Prediction: Roman Reigns

The match I’m most looking forward to outside of the Rumble bouts. Farm-hand Brock Lesnar has been a tonic since returning. He is living his best life and giving zero fucks about anyone else, and I’m all for it! He has proved he doesn’t always need to rely on the tired antics of Paul Heyman to connect with the audience outside of sending folk to Suplex City, while also forming a nice comedy duo with Mr. Heyman.

This feud with Bobby Lashley has been fun, with Bobby seeming more comfortable when speaking off the cuff and it has also benefited from the lack of physicality in the build. I wanna see these two collide, smash each other and rip each other’s heads off. It could be a wet fart like Brock’s bout with Braun strawman of years past, so I do worry it will deliver. Bobby can be very much hit and miss for me, with the slow pace of some of his matches dragging the quality down.

That said if the match is booked well and kept to about 10 to 12 mins it can be exceptional, so I shall remain optimistic and I predict that Brock will stand tall at the end of a 10-minute bout. Prediction: Brock Lesnar

Well with WWE firing plenty of female talent over the last 12 months, WWE has once again resorted to a mass invitation to any female in need of a quick payday. Fan favorites such as Nikki Bella, Lita and the legend that is Impact Wrestling’s Mickie James, hopefully without her trash bags are all announced, with some talking up a Lita win. Yeah, let’s push this new hot talent from two decades ago…again.

WWE has also called up the household names of Askana and Twitter’s own Summer Rae. Ryan Shamrock must have been busy. WWE lifers such as Tamina, Natalia and Naomi make up some of the numbers for this match, but there is more chance of them being non-entities in this match than anything else.

This match appears to be now a choir-like obligation each year for WWE, well it seems that way from the recycled 2019 Men’s Rumble angle they are running with Charlotte Flair in the Brock Lesnar role. 10 out of 10 for originality.

While higher on the totem pole of overness (not by much), expect Grotbags cosplayer Shotzi Blackheart and the pound shop BananaMan that is Nikki Cross to feature but ultimately fall short. With Dana Brooke currently breaking down barriers as the 24/7 champion, expect some tomfoolery from R-Truth and the criminally underutilized Akira Tozawa too.

Favorites to win include Smackdown’s champ Charlotte Flair (she’s not winning, but will surely start a program with whoever eliminates her), the undeniable star that is Bianca Belair (might go two in a row), and the returning yet massively overrated Alexa Bliss (dear god no!) are in with a good shot of glory. Sasha Banks, who returned on the go-home edition of Smackdown is in with a chance too but I doubt she’s going all the way.

I expect a few NXT ladies to pad out the numbers, with Io Shirai being touted for a call-up, so that works for me. Wendy Choo could get a look in too, as Vince loves his childish comedy spots. They will probably drag Kacy Catanzaro up too for that token “Kofi” spot.

Rumble matches are always fun, so I have hope the talent involved can rise above WWE’s lazy booking to deliver a decent match at the very least. My prediction for a winner? Let’s say a returning Bayley and Belair as the final two, with Bayley snatching the win. I could go all out with a Ronda Rousey prediction, but the lack of real focus on this match suggests that a Ronda appearance is not on the cards, though I’d love to be wrong. Prediction: Bayley

The most anticipated match of the year for WWE has zero hype, no heat, and no obvious winner. I’m slightly shocked but ultimately not surprised. Regardless, it’s always an hour of wrestling I enjoy thoroughly each year, so I will be happy unless it’s a trainwreck.

WWE will tell me 50 times a minute that it’s “Rumble season” but beyond that, the most focused on performer is a television star from two decades ago. Celebrity involvement can be gold if done right, even if it’s a goofball like Johnny Knoxville, so I don’t mind his entry. Rumors of a Bad Bunny return don’t interest me too much despite his decent showing at Mania last year. I’m over him.

In terms of surprises, many names have been thrown about, varying from the likely (recently spotted Jeff Jarrett), to the unlikely (Johnny Gargano) and the utterly absurd (Keith Lee). I could see the likes of being Goldberg being wheeled out, as well as the recently released Braun Strowman popping up for a return. The thin-skinned Corey Graves is also cleared, so can’t wait for the non-reaction he is sure to receive.

Besides them, it’s anyone’s guess who gets the victory nod here as no one stands out from the pack as a certain winner, which can make this a fun, unpredictable match. Big E would be a good choice to awkwardly point to the ‘Mania sign come the end, but they have done zero to make him look like a viable contender. AJ Styles has looked strong since departing the huge shadow of Omos despite having a slight mid-card stink. Damien Priest has been fairly protected by WWE standards so he might do well too. Perhaps he is in line for the Diesel push, although I don’t see him as a potential winner. I’d personally love Priest to win and have WWE at least attempt to build a new star, sadly I don’t see it happening

Omos could be a more obvious candidate for the Big Daddy Cool push, though Vince may have soured on him since splitting him from AJ Styles. Elsewhere expect shenanigans from Happy Corbin and Madcap moss, the “will he turn on his dad” act from everyone’s favorite 3rd generation star, Dominik Mysterio and the usual Kofi spot.

In terms of winners, I have no real clue who could win, which surely will add to the unpredictability, but somehow, someway my money is on Brock Lesnar forcing himself into the match at number 30, winning and moving on to yet another Roman Reigns WrestleMania main event. Prediction: Brock Lesnar 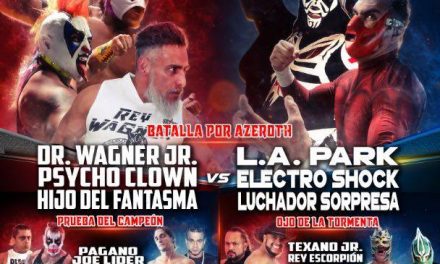 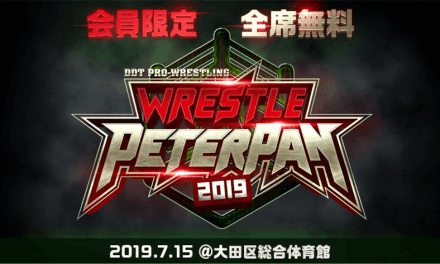 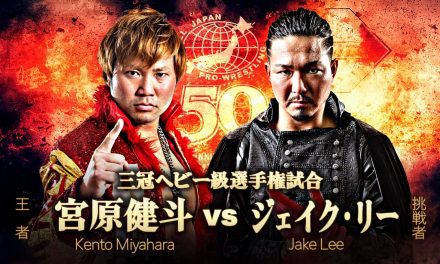