On this episode of Music of the Mat, it’s the fifth anniversary show! Unfortunately co-creator and original co-host Chris Maffei could not make it this year, so instead Andrew is joined by one of the men responsible for the show being on the air in the first place: Joe Lanza (Flagship Podcast)! Andrew and Joe celebrate the fifth anniversary of the podcast by discussing music from season one of the Starz show Heels. Heels is a drama about the Duffy Wrestling League, an independent promotion in Georgia trying to survive in pro wrestling. Andrew and Joe also talk about why they enjoy the show, the various characters who populate it, and how close it comes to portraying pro wrestling. The discussion contains a few minor spoilers, but most of the major moments are left out for those who haven’t watched the show yet. Thank you to everyone for listening to and supporting Music of the Mat these past five years!

This episode of Music of the Mat is sponsored by HelloFresh.
Go to HelloFresh.com/vow16 and use the code vow16 to get up to 16 free meals and three free gifts. 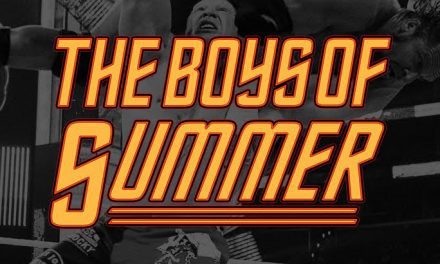