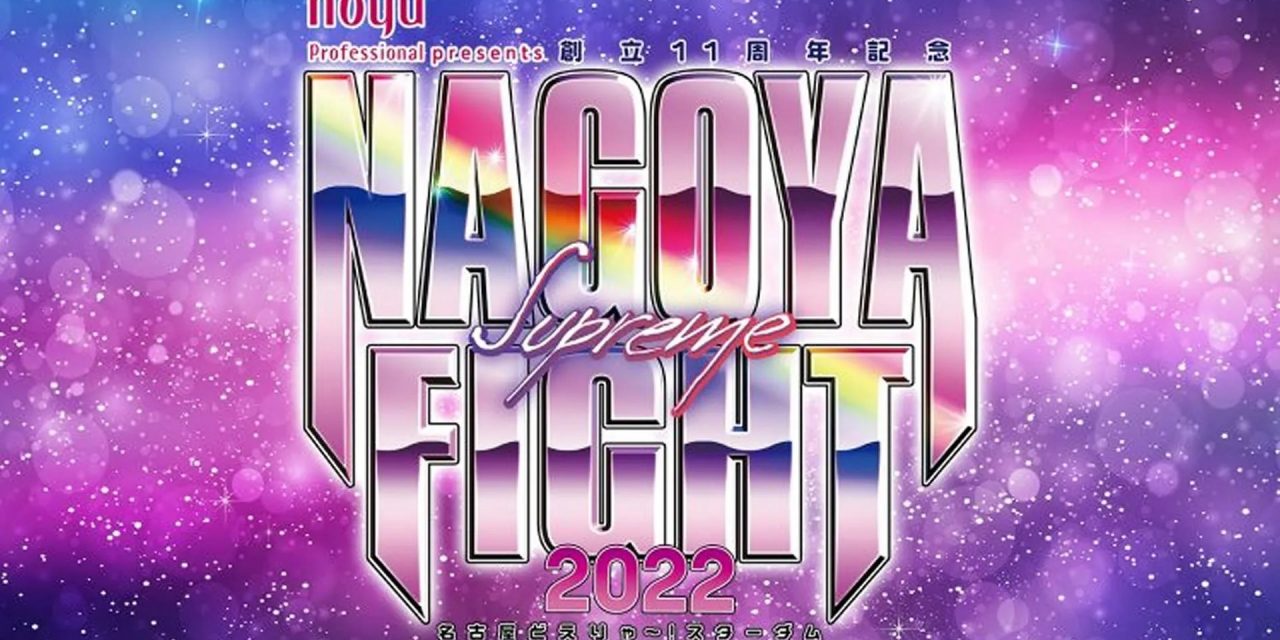 Momo Kohgo vs. Waka Tsukiyama vs. Mai Sakurai vs. Ruaka vs. Saki Kashima vs. Rina vs. Fukigen Death in a Battle Royal

With the return of AZM to action, the opening preshow matches have been made into a battle royal. Battle royals don’t happen too often in Stardom but Ruaka did win the Stardom Rumble in 2021, giving her the advantage (kind of?). Momo Kohgo will be the name to watch here as her entry into the promotion has been an intriguing one. She has a bright future and will be looking to get the first win of her Stardom career here. It’s likely the number game for Oedo Tai will be the deciding factor here though, making any of the four members a favorite to win. Prediction: Saki Kashima

Hanan won the Future of Stardom Championship at Stardom Dream Queendom at the end of 2021 and will now get to defend her title for the first time against Lady C. She hasn’t been in action much as of late, so it will be interesting to see how she does in her first defense. Seeing that it was a title she had been chasing, it will take a whole lot to make her lose it. Lady C is an interesting first challenger as the newest member of Queen’s Quest continues to try and prove she belongs. The former school teacher was potentially injured at the conclusion of her match on Jan. 15 as she took the losing fall to Unagi Sayaka, resulting in her being taken off the remainder of the show heading into Nagoya Supreme Fight. Here’s to hoping she will be good to go for this one. Prediction: Hanan

Billed as “The Grudge,” Queen’s Quest will continue to try and get payback after Momo Watanabe broke their hearts back at Osaka Super Wars. This match was originally scheduled as a major singles encounter between Utami Hayashishita and Momo Watanabe, but AZM has been able to recover quickly from the punt to the face that happened to be a loaded boot via Watanabe. That led to AZM and Starlight Kid joining the match, making it a tag team bout that should be a special one. The rivalry has been there between AZM and Kid for years now, but their added hatred of Watanabe choosing Kid over AZM should only make it that much more heated this time around. Hayashishita was playing “big sister” for AZM when she laid down the challenge to Watanabe and will be determined to get her back for what she did to Queen’s Quest.

There’s no gold on the line in this one but there really doesn’t need to be. Expect a great tag team match that gives some insight on what is next in the Queen’s Quest vs. Momo Watanabe rivalry. Prediction: Momo Watanabe & Starlight Kid

The SWA World Championship was relinquished by Syuri as she put all of her focus towards the World of Stardom Championship. With the title being vacated, Mina Shirakawa and one of Stardom’s newest signings, Thekla, will go to war for the belt. It should be an interesting one to watch seeing that these two have been some odd rivals. Thekla made a shirt with both of them on it while Shirakawa proceeded to wear that shirt and suffocate Thekla with it. Yeah, it’s been weird. When it comes to facing each other in action, Shirakawa does have a pinfall victory over “The Toxic Spider,” showing that she can take her down at any time. Thekla is a special performer from the rest of the roster. There’s no one like her. She’s weird, crazy, but most importantly, incredibly talented.

There’s a reason the SWA World Championship was vacated and it is so that Thekla can be the champion moving forward. Prediction: Thekla

If you want to talk about a match that may steal the show, this is the one. After defeating ALK for the Goddess of Stardom Championship, Hazuki and Koguma prepare to defend their titles against former champions, Maika and Himeka. Hazuki and Koguma have been incredible since coming together in the Goddess of Stardom Tag League, showing that they can be one of the best tag teams in the world despite the limited chemistry and just returning last year. The most notable aspect of FWC has been the work of Hazuki since returning. She has been tearing it up with almost every opponent she’s stepped in the ring with, combining her team with Koguma to show how complete she is currently.

On the other side are Maika and Himeka. Their tag team title reign was not a long one at the beginning of 2021 but they were a part of potentially the best Joshi tag team match of the year when they lost the titles to their stablemates in Giulia and Syuri. Assuming Himeka is able to go after missing this past weekend’s shows, these two have a serious shot at ending the run of FWC right off the bat. Match of the night is written all over this one. Prediction: Hazuki & Koguma

It’s a night of first defenses and this one is one that has some common feeling to it. We’ve seen Saya Kamitani and Unagi Sayaka go head-to-head in singles action twice over the last year. Kamitani won the first battle at Yokohama Dream Cinderella in April but Sayaka got the last laugh on the final night of the 5 STAR Grand Prix, which effectively eliminated Kamitani from contention. Knowing that Sayaka had Kamitani’s number in the biggest match possible should make this more interesting than when it was originally announced. Sure, this is Kamitani’s first defense and she seems to be a completely different wrestler from just a few months alone, but Sayaka has established herself more since then as also.

“The Golden Phoenix” has confidence like she never has had before, making her more dangerous than ever. Sayaka should use this, at least, to keep leveling up in her own growth as the title challenge against Tam Nakano at Kawasaki Super Wars did exactly that for her. If we base this on the passion, fire, and anger that they have had towards each other in exchanges since the match was announced, it looks this will be their best effort yet. Not getting to be in the semi-main event will drive them even more, meaning this match should deliver with the champion nabbing her first successful defense. Prediction: Saya Kamitani

When it comes to Stardom, there may not be a bigger three names in the promotion than these three and that’s why it takes the slot of semi-main event. It became clear on the first full weekend of shows for Stardom this year that these three individuals want a shot at the World of Stardom Championship. Mayu Iwatani, the thinker that she is, said why not make it a triple threat match but one that will see two of these women walk out with an opportunity at the championship. With the two-night event of Stardom World Climax coming up in March, Stardom has decided to allow these three to compete for title shots on both of those nights. The rules are as followed:

All three will wrestle and the first winner exits the match, securing the March 26 title match. The remaining two wrestle to get the second title shot on March 27.

It’s a unique vision for a number one contender’s match, but one that raises the stakes that should lead to two great matches in one. We know what each woman can do head-to-head, so the fact that they will be competing in triple threat action gives this the opportunity to be one of the best triple threats in the company’s history. Giulia and Tam Nakano have been re-igniting the fire between one another this month, making it easy to believe that it will allow Iwatani to steal one of the wins with them so focused on the other. Either way, good luck to whomever the World of Stardom Champion is come night one and two of Stardom World Climax. Prediction: Mayu Iwatani and Tam Nakano

Sink or swim. That’s what MIRAI will do in the main event of Nagoya Supreme Fight. One of Stardom’s newest signings didn’t take long to challenge her stablemate for the top title in the promotion, showing her confidence is through the roof right off the bat. The problem for MIRAI is that she will now face Syuri in what should be a continuation of dominance from the second half of 2021. Syuri’s destiny was winning the World of Stardom Championship and all signs point to her keeping it for a very long time. One competitor doesn’t win a tournament and beat one of the most dominant champions in company history to lose it in the first defense. Syuri will not be doing that here.

But looking at MIRAI, it’s a chance unlike any other to show what she is all about. The TJPW alum will far and away have the biggest match of her career here, having few opportunities that mirror how massive this is. Her confidence has grown every single outing she has had since her debut, however, telling a story that she has no plans of feeling inferior to the “World Class Women on a Different Level.” MIRAI is going to bring the fight to Syuri and if she even comes close to beating her, it will be a win for now and her future. There are huge things in the future when it comes to MIRAI, but right now, it is Syuri’s world and we are all just living in it. Prediction: Syuri