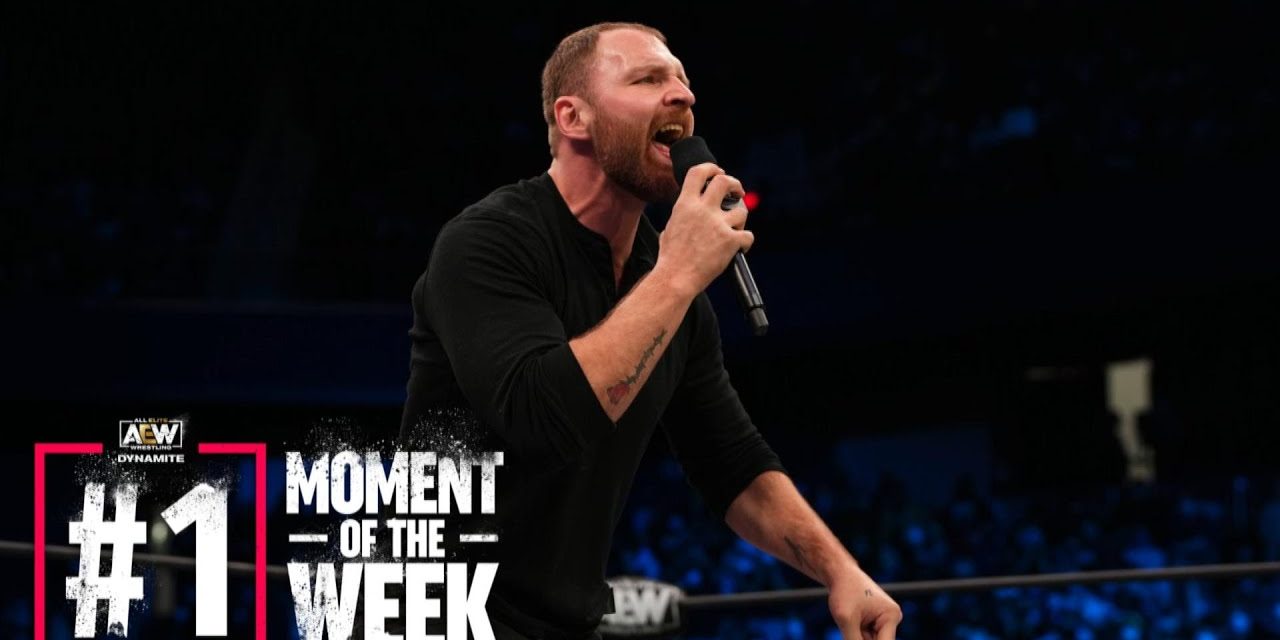 I like it when there’s realism in my wrestling.


Nay scratch that, I like it when the realism is done well. When it’s touched upon in a way that I feel impacted and not disgusted. There are too many instances when professional wrestling has brought in realism and instead it has made my stomach churn, vile up my throat, and my senses offended. I won’t list them, you can name them yourself, they probably take up your fingers, your toes, the fingers and toes of the person next to you. No, fuck that, and yes language will be harsh in this article because it needs to be. Because things get hard, things will be hard, and so must my language. Jon Moxley gave us a shot of realism in the face on Dynamite and it was a privilege, it was an honor, it was all and above a god damn gut check and it was awesome and riveting and I could feel myself shake as he shared.

This wasn’t just pro wrestling at its finest, it was a man at his rawest and most honest. Inviting us into how he felt and how he thought.

The crowd, the crowd is who I focused on immediately. With the exception of one gutless, worthless, disrespectful piece of slime that was forced to ooze off by a clear and direct “go fuck yourself” by Jon Moxley, the crowd was his, and they allowed themselves to be. Moxley grabbed them by the throat, but they learned their throats and allowed themselves to be grabbed, to be controlled, to be focused on that moment. That one fan will slowly slink away in infamy, obscurity, and meaningless, but the moment he was told to go fuck himself for trying to ruin what was heartfelt and real will last forever. “Go fuck yourself indeed” any wrestling fan who chooses these moments to be a disrespectful asshole deserves to be carted out of the fandom never to return, and never to be remembered other than the moment they choose vocal ignorance instead of respectful silence.

Sometimes “go fuck yourself” is all that needs to be said, and in that one moment we knew, we felt, we saw, Jon Moxley was still Jon Moxley, only in better physical and mental condition.

The crowd was hushed, the crowd was focused. There was no spotlight, just a man bearing his soul through a microphone. You could feel his soul, his heart, all of it come through that microphone as he spoke. He didn’t speak long, he didn’t have to. The best speeches aren’t endless, but they always go somewhere. He told us a story about a demon, he told us how he went through hell, he told us how we all have our scars. We listened, we cheered when necessary and needed, but above all else, we listened. We listened because this man had something to say, this man deserved to say these things, this man earned to say these things, and we love Jon Moxley. We love him not as a wrestler, but as a man who saw his demons and didn’t run, he tackled them head-on. To put it in his own words

Goosebumps. Chills. The moment he said that line I had to pause the promo as it swept over me.

“I don’t run from my demons I beat the shit out of them.”

What an expression, and one that wrapped around my heart and hugged it tightly. He took his lumps of course. Look at him now compared to months ago. When you do the comparison, holy shit was he not healthy. Was he not in a good place, he went through hell and who knows what tortures awaited him, and he went through every single ounce of it, grabbed his demons by the balls, and said “YOU DON’T FUCKING CONTROL ME” and you know what, that’s the god damn attitude that I love because it’s the attitude I need somedays.  It’s an attitude that helps me get through, and it makes me feel comforted knowing I’m not the only one who needs that. The days where I look at my demons and say “YOU DON’T FUCKING CONTROL ME” and then I curb stomp them into the ground because I deserved to live a fulfilling life and I’ll be damn if some hang around demon that constantly haunts me is going to prevent me from just that. No statement in wrestling has hit me as hard as “I don’t run from demons, I beat the shit out of them.” HOLY SHIT THAT RULED. I feel chills just retyping it.

Jon Moxley’s return was a bomb, an explosion, that he himself detonated. We knew he was speaking, we knew he had something to say, but it stuck with us, it clings with us. I could feel my body shake with emotion as this man spoke. It was as real and raw as it gets. Sure, there were elements of pro-wrestling, he is a wrestler after all but he is a craftsperson and he intertwined that realism with the pro-wrestling seamlessly and it made for beautiful art. Art that has no need for interpretation. He told us exactly what it was. He told us exactly what it meant. Anyone looking for any other meaning is doing nothing more than chasing ghosts. Moxley doesn’t leave us guessing, he leaves us wanting more, needing more.

Moxley beat his demons. I’m sure there were many nights that were hard, that was rough, that was flat-out torment. I know those nights. Those nights where you shiver as you stare at the ceiling. You wonder if there’s light at that end of the tunnel, or is it just a train getting ready to smack into you and end your world. If it gets bad enough, you hope it’s a train. Sure, you’ll be gone, but at least you’ll no longer be suffering, at least you won’t be tormented by your demons anymore.

“I don’t run from demons, I beat the shit out of them.”

You fight back. You may not be able to do it alone, you may need all the help in the world. But you fight back. You scratch, you crawl through plains of broken memories, broken dreams, and shattered expectations. You spill blood, you spill tears, you spill sweat, you spill out your very heart and soul but you fight back because that’s all you know how to do. That’s what Jon Moxley did against his alcoholism, and I am so proud to be able to see him stand in the ring and let us know he fucking did it.

It’s a lifelong battle, of course, can’t lose sight of that. He’ll be kicking the shit out of his demons for the rest of his life. I believe him when he says he’s up to the challenge. He’s not just a wrestler, he’s a father, he’s a husband, he seems to take that shit seriously. He wants to be there, he wants to be the best that he can be both in and out of the ring. To do that, he will have to stomp those demons in the face over, and over, and over again. I’m not an alcoholic, but I understand. I’ve got my own separate demons, my scars, my torments. It hurts, it’s hell, but I kick the shit out of them and I move on. I’ll be doing it for the rest of my life. I understand, and I support and believe Jon Moxley 100 percent.

“These days all I drink is blood”

Jon Moxley is happy and healthy, and that is awesome, that is real, that is the good shit. Welcome back Moxley, this Moxley girl has missed you. You still make my heart sing. 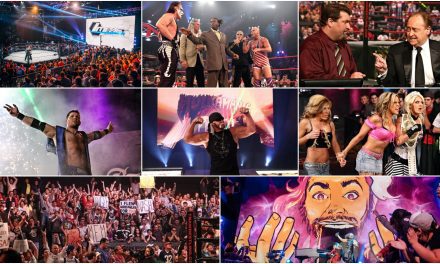 15 Years of IMPACT on Television 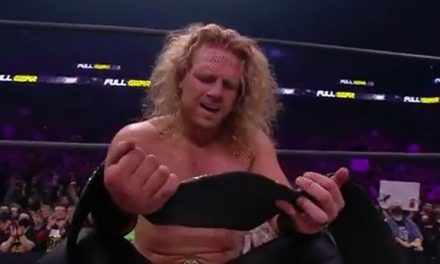