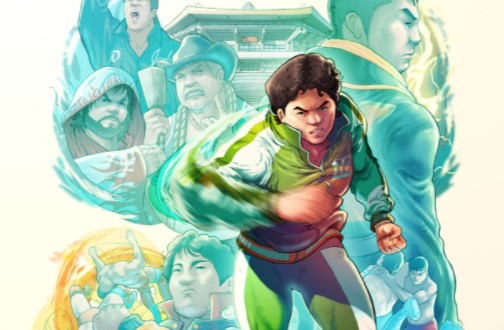 The recently-released Ganbaru: How All Japan Pro Wrestling Survived the Year 2000 Roster Split by Dr. Jonathan Foye, joins a small but growing collection of English language works covering the world of puroresu.

Translated from Japanese, ganbaru means “stand firm” which as Foyle notes in the book’s introduction, “it is often used to encourage people to continue to power through difficult or challenging times” (p. 7).

First of all, I have to give a big compliment to the cover art, which was done by Mohammed Yassin. It is a beautiful piece that highlights all of the major All Japan talent of the era. It is eye-catching enough that it will probably draw people towards the book just for the cover art alone.

Apart from the death of Giant Baba (which is also covered in the book), the All Japan-Pro Wrestling NOAH split, was one of the first major moments in puroresu to occur during the internet age. For international fans, no longer did they have to wait for news to eventually reach the newsletters, but you could now run Tokyo Sports stories through Babel Fish to get an idea of what was going on. But despite being able to learn about developments in real time, there is always the language barrier, and this being pro wrestling, everyone is pushing their own agenda. This book seeks to dispel some rumors that have surrounded the events.

Foye, who has a Ph.D. in Communications, brings a scholar’s eye to the framing of the book. He sets out to position the book as filling a gap in the English language literature on puroresu by noting that nothing written before has been specifically about the split itself. Foye also uses the concept of the “golden hour” in crisis communications where an organization in crisis has a chance to provide a response that can save it.

In the case of All Japan, this golden hour saw Motoko Baba soon announce the signing of Genichiro Tenryu and announce a working relationship with New Japan. Those two events were key to the promotion’s survival.

As much as Motoko Baba has been vilified for causing the split in her husband’s promotion over the years, and there was no question she played the bad cop to Giant Baba’s good cop, after reading the book, it’s clear that she also managed to save All Japan after the split and also keep it from being subsumed by New Japan who were also interested in buying it at one point. While there was acrimony between her and Mitsuharu Misawa, it seems as if unless Baba were to relinquish her control of the day-to-day operations of the company, Misawa was going to go out on his own, much like any young adult needs to establish their own life once they leave their parents’ home.

Also, key to the survival of All Japan was Toshiaki Kawada. Foye paints a strong picture that without Kawada, All Japan would not have survived. There have been few moments in pro wrestling where a single wrestler was so key to not just a company’s success, but its continued existence. In this regard, Kawada was the true MVP of wrestling in 2000.

Despite a strong knowledge of the history of the split, having lived through it, I did learn a few tidbits in the book. One example is what Giant Baba expected trainees in the Dojo to be able to do in the ring before he would debut them.

Foye, interviewing the legendary journalist Fumi Saito, also provides us with a compelling case that Kawada would have gone to NOAH if Misawa had personally asked him. But Kawada was not told ahead of time and that affected his decision to stay. There was not, contrary to popular belief, a falling out between Kawada and Misawa before the split that meant he was never going to go, nor was his staying truly about loyalty to the Babas.

Saito himself makes some great contributions to the book. His interview with Foye is invaluable and he wrote a nice foreward establishing some context and providing some compliments about Foye’s skills as a writer and his passion for puroresu. As Saito notes, the story of the split was subject to “lots of hearsay” (p. 9).

Also notable in the book is the use of lots of information that Hisame has dug up provided translations for over the years. It is a true testament to her passion for NOAH and the Four Pillars era of All Japan and how she makes this information accessible for English-speaking fans.

The only major flaws to the book are are some fact-checking around dates. For example, on page 85, Foye says that Keiji Muto returned to New Japan in 1999 with his shaved head look and formed BATT. Muto in fact returned to Japan on December 31, 2000, for the annual Inoki Bom-Ba-Ye show with the new look and BATT formed in early 2001.

So with any book review, the question is, is it worth a read? That is hard to give a definite answer to if you are a long-time fan. I knew most of the story but did learn a few things. That being said, the book is only $5.39 USD on Kindle and is an easy read. By being in book form, it also allows you to properly understand the sequence of events, even if you have heard about some of those events before. I also think it’s important to support projects like this so we can get more in the future that are even bigger in scope.

If you are a newer or younger fan of puroresu who was not around for the split, the book is worth it for its price and the information it provides. I’ve certainly answered the questions of newer fans about this era recently, as we are still living in a world where its fallout continues to shape puroresu.

And on a final note, as tough as it is to be an All Japan fan these days, certainly reading about the events here can help put things in perspective about how things could be far worse and that there is always a chance for things to get better again. 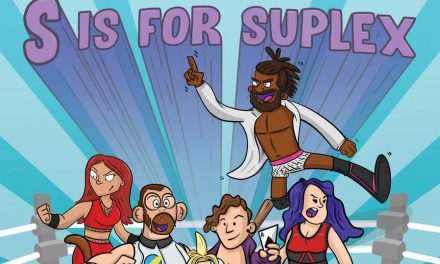