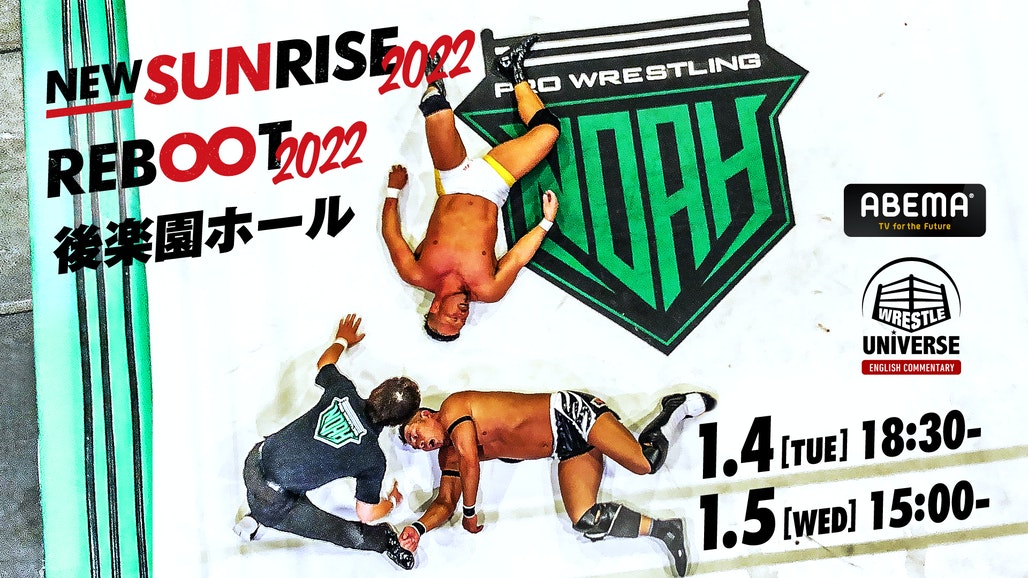 This was like a PWG Mystery Vortex show. There were no matches announced ahead of time.

This wasn’t exactly some sort of surprise match you wouldn’t see on other shows. They need to find something to do with Okada. He’s been wrestling about as long as Yoshiki Inamura. He’s ready to move up the card and has a lot of talent.

Fujimura got his left arm worked over for a bit. Then Yano got worked over. Fujimura would end up back in the match and get some offense in on Miyawaki, but Miyawaki would take control and go for several arm submissions before getting a tap out with a Cross Armbreaker. A well-wrestled opener. ***¼

It’s a unit scrambler match. Sakuraba did some comedy here to start with Yone. Hidaka and Suzuki did some great chain wrestling. From there, it turned into a typical fast paced six-man tag with everyone getting in their spots.

Mochizuki got the win for his team by pinning King Tany after a palm strike to the face. This was plodding at times, but Hidaka and Mochizuki were great here. ***

Inoue went right for Funaki at the bell with a couple of chops and slaps, and then Funaki returns fire with a high kick that knocks down Inoue and Inoue gives up while he’s laying on the ground. I have to admit this running gag of Inoue getting squashed by legends on these special shows is growing on me. *

Now THIS was a surprise. Ultimo is one of my all-time favorites. The wonderful English commentary team of Stewart Fulton and Mark Pickering brought up Ultimo and Ohara’s history as teacher and student in Toryumon Mexico.

Ultimo and Ohara did some nice grappling and lucha work early on. Ultimo and Kid put Kotoge and Ohara in some fancy holds. Ohara looked to have Ultimo on the ropes, but Kid took out Kotoge and Ultimo hit a kick combo and then the Asai DDT on Ohara for the win.

This was a lot of fun. I think Ohara needs to get out of there given he’s been booked horribly since NOSAWA took over. Even if he doesn’t leave NOAH, an extended stay in Dragongate could rejuvenate him. ***½

The N Innovation Unit Cup participants and format was revealed. It takes place on January 6 and 7. The winner will face the GHC Jr. Champion HAYATA on January 10. Explaining the whole format here would take a while, but it is really cool in that it is a round-robin tournament of four teams of four from the NOAH Jr. units in different matches like standard tags, six-mans and four ways. The winning unit of the group stage will face off in another four-way to see who gets the shot against HAYATA.

There was also a video sent in by Ninja Mack that looked like it was filmed in his garage doing some flips and saying he was on his way to NOAH soon.

I don’t think there’s been a unit in wrestling that has wrestled each other as much as Kongo does. I think it kind of fits the characters that Kenoh has developed and Nakajima as well. They seem like guys that would spar with their friends a lot.

The Jrs. flew around to start, then Nakajima and Soya started laying into each other with stiff kicks and chops respectively. Things got chaotic and Nioh got some near falls on Soya, but Soya roared back with a huge Lariat and pinned Nioh. This was great. Kongo is the best unit in wrestling right now. ***½

When Super Crazy came out, I laughed. What a jump from All Japan! Anyway, I wouldn’t read too much into this other than this being a case of him getting on this show because he was in Japan already. Super Crazy has worked some indie shows and 2AW since he’s been in Japan. The crowd actually popped when he was revealed. Anyway NOAH fans, you can now experience what I’ve had to put up with in All Japan since November.

Considering some of the talent involved here, I thought this was fun for what it was. It was fast-paced with lots of spots. Super Crazy pinned Susumu with a Moonsault. Super Crazy seemed to challenge Ogawa and HAYATA for the GHC Jr. tag titles. So it seems like he might be around for a bit. My condolences. **¾

Well, I certainly didn’t expect this, but I’m not complaining. These two know each other well from Kenoh’s days as a Jr.

Kenoh was dominant early on but Harada used his speed and agility to counter the champion. Kenoh isn’t a large heavyweight, but he’s bulked up over the years and Harada is on the smaller side, even for a Jr. There was a great spot where Kenoh went for his top rope Double Footstomp, but Harada turned it into a cradle upon landing. It looked incredibly smooth. But after a couple of Harada hope spots, Kenoh successfully landed the Double Footstomp and got the pin.

This was worked very well, but if it had more time to develop it would have been excellent. After the match, Masakatsu Funaki came out to challenge Kenoh for the title. ***½

It’s The New Blood vs. The Millionaires Club, NOAH style. Fujita and Shiozaki stared down each other to start. Let me tell you, I hated that match, I voted it the worst match of 2020. Come at me. Needless to say, I did not like this either. Sugiura and Kitamiya eventually entered the ring and offered to tag out their partners to stop this silliness. This probably lasted two minutes but I hated it.

Kitamiya and Sugiura started by hitting God knows how many shoulder blocks on each other with neither going down. That was much cooler than a stare-down. They tagged out before anyone went down. Kiyomiya and Muto then got in and did their thing. Inamura and Tanaka then got in there and their stuff ruled. Inamura was a stand-out here and it looks like after a shaky start upon his return from injury, he’s in line for a big push.

Not surprisingly, once this picked up, it was pretty good. Muto’s involvement here was kept to a minimum which was a big help. Kiyomiya and Tanaka had a great finishing stretch. Tanaka was firmly in control but Kiyomiya valiantly fought back and got the win with a Tiger Suplex.

It was nice to see the young guys in NOAH win a match against the old guys for a change. ***½

This was a fun show, and it barely lasted over two hours. I enjoyed the Ultimo Dragon and Dragon Kid surprise. That Super Crazy has come to NOAH will no doubt be met with a lot of derision.

I have to admit I was expecting a bigger surprise that would set the tone for NOAH in 2022. But I will take the feeling that they are going to focus a lot more on the young talent this year as a consolation prize. 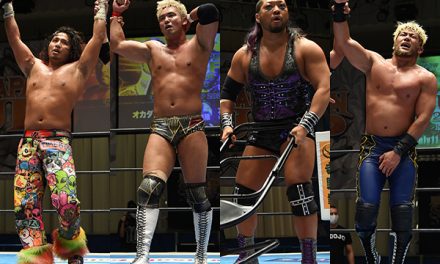