A match that was a sign of things to come with the rest of this card. A nothing match with nothing of consequence happening. Skip

This was a setup for Despy’s next junior title match as he gets tapped out by Master Wato of all people. Going from Hiromu to Wato is a steep drop. The match was there. Skip

Quite a big drop in card position for Shingo and Hiromu but obviously they couldn’t be in an announced match. Hiromu looks like a dork coming out with the BOSJ trophy after he lost his title challenge yesterday. A pretty decent match overall, which is not surprising given who is in the match but also just a way to get everyone on the card. Skip

El Phantasmo gets DQd in a three-way match that was technically not elimination. But I guess this does make it an elimination match retroactively. That is some supremely stupid shit. This kind of stuff belongs in WWE and not New Japan. Then again ever since Dick Togo arrived this kind of stuff seems to belong in New Japan as well. Which is stupid. The match finishes pretty much immediately afterward. Decent Match until all of the nonsense. Skip

Stardom is not a promotion I am super familiar with but this was a good match. It had a great pace and everyone worked hard. Not sure if this had any storyline implications or was just a showcase but I enjoyed it. Aside from the main event, this was the best match on the show. Watch

El Lindaman and T-Hawk accompany CIMA to the ring. Hopefully, we get to see more of them in New Japan. They would make a great addition to the junior Tag division

The match isn’t good but better than expected. Having CIMA and Suzuki there helps. Suzuki wins and we are getting a Yano and Suzuki feud. Everyone that remembers their endless feud from a few years ago collectively groaned at that. Skip

Kevin Kelly advocating for CHAOS to murder House of Torture. I’m no fan of theirs but that seems a tad harsh. The match is somewhat better than expected but then it just kind of ends out of nowhere after a wrench shot. Could have been worse but still not great. Skip

The NOAH roster comes out after the match. Kenoh cuts a promo on Shingo and New Japan in general. This was more exciting than everything else on the show except for the main event and the Stardom tag. Kind of embarrassing for the New Japan roster to get outworked not by one but two different promotions on one of their biggest shows of the year. We also get Mutoh taking a selfie with NOAH roster, which was great.

This match hasn’t really had much of a build and just kind of happens. It’s weird that there are two LIJ vs United Empire matches on the card and then the main isn’t Ospreay vs Shingo. Maybe this was done as a diversion or maybe they weren’t thinking about it at all and just wanted something to do for these guys.

The match was just sort of there as well. No great fire but that is to be expected from a SANADA match. They just kind of rolled around in the ring until the finish. Skip

Another just kind of okay match. Just not a WK-level match. Especially not for one-third from the top. This felt more like a second-round New Japan cup match and would have been fine there. This just strengthens the feeling that nothing on this show so far has had a big show feeling. Skip

This was a WWE hard-core style match. Which are always bad and so was this. This had no heat even by clap crowd dome standards and it’s the semi-main of Wrestle Kingdom between KENTA and HIROSHI FUCKING TANAHASHI. This is so awful.

The finish though was great as Tanahashi knocks KENTA off a massive ladder and busts him open hardway. Then he hits him with a literal High Fly Flow off the ladder through a table to win the belt. That was a great spot but it wasn’t worth the incredibly boring work that came before it. Here is an official New Japan tweet with the spot. Just watch that and don’t bother watching the rest of the match. Skip

Okay, the rest of the card stunk but the main event is here to save the show. Ospreay got an amazing video package before the match listing all of the “title defenses” since he left Japan and New Japan vacated the title.

They start off hot right away and we get some great spots in this match. Ospreay does a dive off the metal pillars at ringside and Okada catches him on a dive out the ring and hits him with a tombstone. That was a seriously impressive display of power from Okada. They follow that up with an absolutely insane reversal sequence that is too complicated to fully describe here.

They start using each other’s finishers and Okada has arguably a better Stormbreaker than Ospreay. Ospreay counters the Rainmaker with a One Man Standing Spanish Fly! This match absolutely rules. Ospreay loses a hellish forearm exchange with Okada because his arms are too short to box with god. Okada is about to put him away but Ospreay does a pop-up forearm and a hidden blade for a near fall that I bit on. We get a crazy closing sequence as Okada finally manages to put Ospreay down for good. An absolutely amazing performance by both men. They have always had great chemistry as evidenced by their match at last year’s Wrestle Kingdom. But they took it to another level here. This match was so incredibly fluid and did not have a single dull moment. They just went all out and left it all in the ring. Even for two wrestlers as talented as these two, it will be hard for them to have a match against each other better than this. This was better than all of the New Japan matches on this show combined. *****

Wrestle Kingdom ends the only way it should end with “The Rainmaker” Kazuchika Okada back on top. Hopefully, he can pull the promotion out of the mud but he needs help from the rest of the roster, which he did not get on this show. New Japan right now is very similar to All Japan from three years ago when their shows had great main events and boring undercards. But that was an incredibly depleted roster, whereas New Japan is the biggest promotion in Japan. There is no excuse for them to put on a show like this one, especially not in the Tokyo Dome. The main event was absolutely amazing but the rest of the show aside from the Stardom tag and the NOAH invasion was a full-on dud. 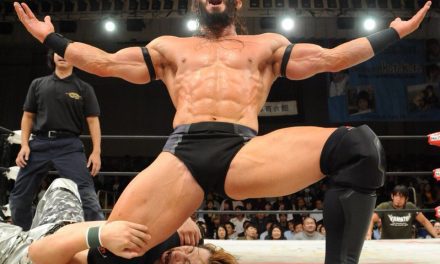 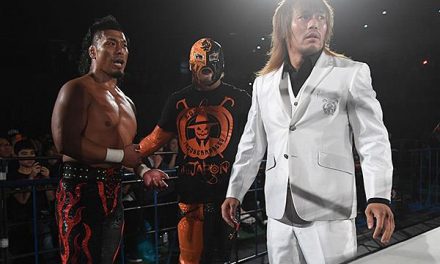