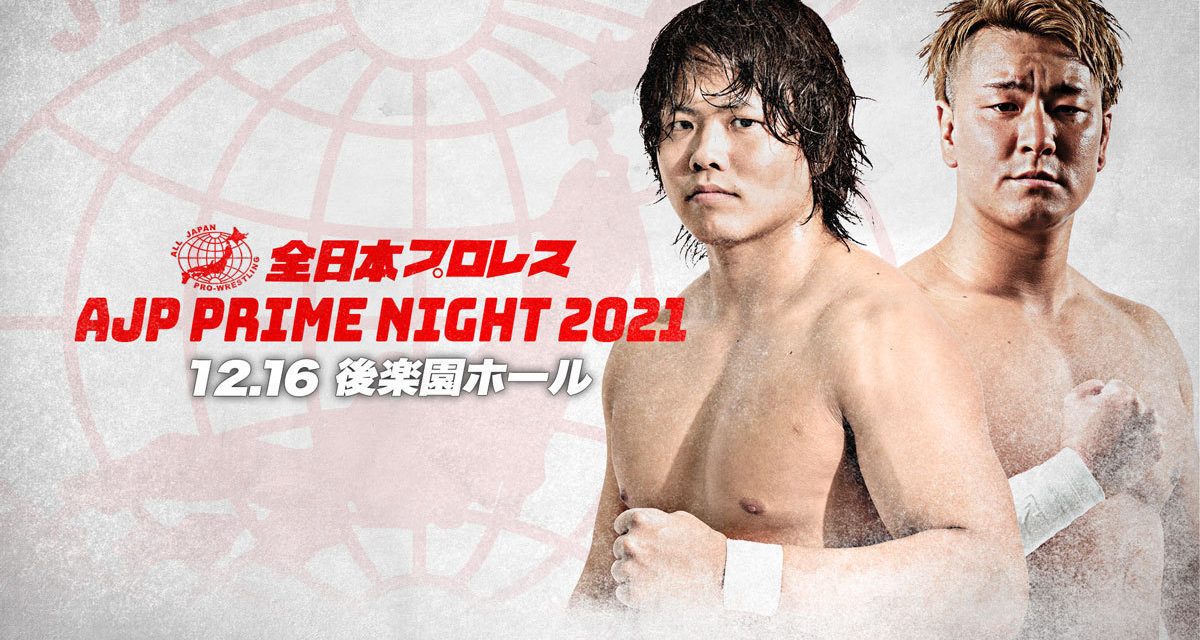 Carbell Ito accompanied his Yoshitatsu Kingdom teammates to the ring, but he’s still nursing a broken wrist. This had some decent work with some comedy and miscommunication spots between Tachibana and Ueki. Later on in the match, Ueki started bleeding from what was either his ear or the side of his head, pretty sure it was accidental. Tachibana reversed a SUSHI cradle into one of his own for the win. This was a decent little opener. **¾

This was a fun sprint. Total Eclipse did their heel stuff and the faces, Tamura particularly, valiantly fought back. The closing stretch between Omori and Tamura was good. Tamura looked great and got the win over Omori with a Powerbomb. Nice to see Tamura finally getting a little something after eating a lot of pins lately. ***

Total Eclipse let you know that they are heels by working over poor Fuchi. The Saitos eventually made the save. Arashi mocked Fuchi’s closed fist punches to the head, but later on, Fuchi got the upper hand and did them to Arashi and Lee. Arashi did a great looking running cross body to both Saitos at the same time. Arashi then pinned Rei with a top rope Senton. I’m probably being a little generous here with my rating, but I really liked the spirit of this match even if the work was pretty simple. ***¼

Rookie Ryo Inoue makes his debut on January 2, which is some good news in this company for once.

Oh boy. This encapsulated everything wrong with TAJIRI’s booking. It took like a minute before Devil Murasaki interfered. Izanagi, who often plays the role of ring general, didn’t even try to put something together here. They mostly just brawled with Murasaki doing his interference spots at times. Super Crazy hit an Orihara Moonsault to Izanagi and Murasaki which was the one high spot of the match. Murasaki also pulled the referee out of the ring when Super Crazy looked like he was going to win. Izanagi got his inside cradle on Super Crazy but the referee was still out. Izanagi tried his inside cradle again once the referee was up, but Super Crazy reversed it into one of his own for the win. Dear God, what are we doing here?

After the show, it was reported that SUGI will be the next challenger, so I’m not exactly sure what the point of Super Crazy winning here was since SUGI has a story of wanting to avenge his title loss to Izanagi. I know Dick Togo has infuriated a lot of people, but I’m going with TAJIRI as the worst booker this year. Time to give Takao Omori the book. *¾

Now this was an example of what All Japan’s Jr. Heavyweights are actually capable of. Iwamoto deserves credit here for working hard in his farewell match. This was a good back-and-forth match where everyone got some shine, well except maybe Menso~re who just got beat up a lot. Aoyagi pinned Menso~re with the Firebird Splash. Maybe not taking the fall was a little message from the company that Iwamoto is welcome back after his hiatus, though I certainly wouldn’t bet on that happening. ***¼

It didn’t take long before Miyahara and Suwama became arguing partners. Whenever Miyahara teams with another big name he normally doesn’t team with in a special tag match, that tends to happen. Miyahara ended up accidentally kicking Suwama in the face too. This was a lot of fun and a good tribute to Zeus. Honda also got plenty of attention here which was good to see. The company seems to realize it needs to push young talent, the issue is how they get there. Miyahara and Suwama end up brawling on the outside, but Zeus managed to go it alone and pinned Honda with the Jackhammer. Zeus leaves All Japan by getting a win, which is a big sign this is not a goodbye moment but a see you later one. I am excited to see what an All Japan and Osaka Pro relationship may bring us in 2022. ***½

While Nomura was out, I probably thought about him every day and it made me sad. He has been my favorite wrestler since 2017. After a while, no news at all became worse than even if he had just come out and announced his retirement. So while I am disappointed at Nomura leaving, it took me a lot less time to move on from it than I thought it would. Nomura looked a little rusty at times, but he was impressive given that he’s been out for almost 2 years. But one thing I did notice, is that Aoyagi has developed so much more swagger and charisma since Nomura has been out. Nomura didn’t radiate as much charisma as a guy finally returning from a long injury should have.

Aoyagi hit a neckbreaker on the apron, so they were teasing Nomura’s injury being a factor here. Aoyagi also controlled most of the match, but Nomura made a big comeback in the last third of it. He was pulling out his old moves and took a good number of bumps. Got me definitely thinking he’s going to keep wrestling after this. Aoyagi teased that he was knocked out, but faked out Nomura and hit Rolling German Suplexes while laughing. Aoyagi’s first heel run did not go well, but I think there is a great one in him, now that he’s developed his persona more. Nomura hit the Maximum on Aoyagi but there was a kick out. Nomura went for another one, but Aoyagi countered into the End Game for the submission victory.

This turned out to be a hell off a match in the end. And while I wish Nomura was staying, I can’t wait to see what he does next. If I were a betting man, he probably ends up in the new Burning stable in DDT. But personally, I’d rather see him in NOAH as the tag team partner of Kaito Kiyomiya or Go Shiozaki. Nomura’s fundamentals are still strong, and if he can develop his charisma, he can still be the star that I always thought he could be. ****

If you are an All Japan fan, this is obviously a must-watch show. It highlighted both the positives and negatives of the promotion. The new year is generally a moment when All Japan sets up new directions. I really hope they do so and take a long look at what didn’t work in 2021. Wrestlers departing is always a good excuse to shake things up, but I’m not convinced TAJIRI is going to do so. I will say this, All Japan was really classy in the way it sent off all of the wrestlers who were leaving. 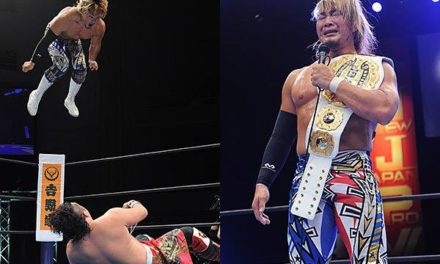