This week on Wrestling Omakase we take a completely randomized look back at the “granddaddy of them all”, WCW Starrcade!

John is joined by returning guest & VOW contributor Matt Francis (@archivingmatt) for his third WCW Retro Roulette episode of the year! Before they get into the episode topic John discusses attending AEW’s Dynamite/Rampage taping at UBS Arena on Long Island this past Wednesday, including a little bit about how people apparently don’t understand what crowd numbers in certain buildings actually mean. Once that’s all out of the way they get into this episode’s randomly selected six matches from six randomly selected years of WCW Starrcade- if you want to be surprised you should stop reading now and go ahead and listen, but otherwise here they are below (all can be found on Peacock in the US and WWE Network in the rest of the world):

Topics that come up along the way include: Honky Tonk Man is mad about his lack of a contract, Arn Anderson is a more than suitable replacement, Johnny B. Badd was more popular than you probably remember, the WORLD CUP OF WRESTLING draws a bad buy rate, WCW can’t spell Tenzan, Savage was pretty bad at this point, a match that looks awesome on paper just doesn’t live up to it at all, how fitting that was for one of the biggest letdown PPVs of all time, nobody remembers how over Kevin Nash was at the time (and WCW flushed it down the toilet!), when backstage politics attack, THE WRATH OF THE CATTLE PROD, very unconvincing disguises, WCW’s “unique” booking for Mike Awesome, camera shots that give away gimmicked ambulance roofs, and a whole lot more. 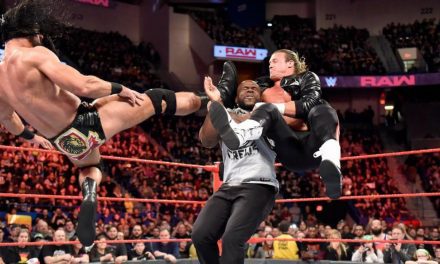