Alan Angels: Am I Missing Something? 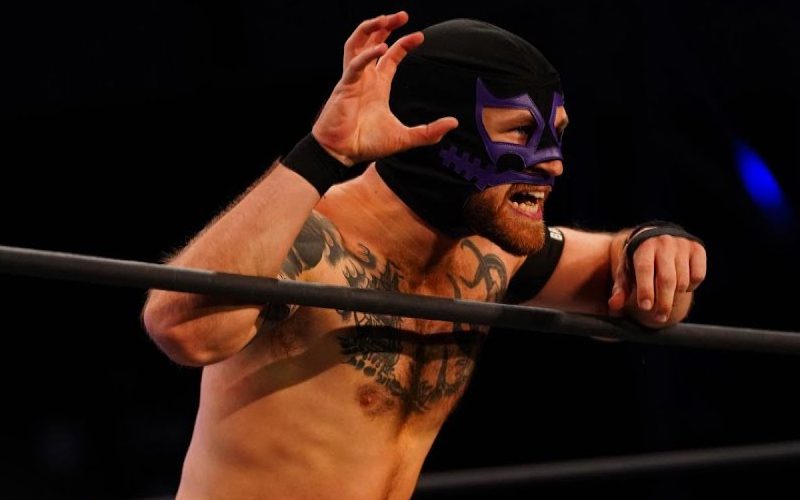 Sometimes you come across a wrestler and think “why do more people not talk about this guy”. I think to myself “Am I missing something or am I unaware of something?”

I have the tendency to overthink things and odd thoughts run through my head: “has he a dark past?” or “is he best friends with Val Venis?”

For me, Alan “Five” Angels just doesn’t get enough praise.

Sometimes I have to reel myself and remember the guy is only 23. But then I think to myself, so many other guys who are just as young and arguably as talented seem to get widespread praise. Maybe it’s due to how he is presented at times or the lack of exposure he gets compared to some of his peers and I need to remind myself that he is only with AEW since April 2020 and was a nobody!

I may be wrong, but I doubt that Alan Angels would have guessed he would be where he is in his career right now when he first laced up his boots.

At the time in 2016 when Angels was making his debut, Kenny Omega was on his way to the main event in NJPW. Angels surely could not have imagined that in the space of four years he’d be facing Omega live on AEW Dynamite in his debut TV match.  And make no mistake about it, Alan Angel is not only sharing ring with Omega, but he has proved that he can hang with arguably the best wrestler in professional wrestling today.

Angels has demonstrated in his match with Omega that he has what it takes to perform at a high level. While young stars such as Jungle Boy, MJF and Darby Allin all receive widespread acclaim and are further up the card, Alan Angels quietly goes about his business to little or no fanfare. I believe it’s fair to say that the wrestling world is sleeping on a very talented, underappreciated performer.

Alan, like those AEW stars mentioned above, is still extremely young. At 23 years old, Angels has already come a long way since beginning his professional wrestling career. Like many, he started on the independent scene in his local city after being trained by AR Fox, who was a trainer at WWA4. From watching Angels wrestle, it’s easy to see the influence Fox had on the young man from Snellville. Angels has a wide variety of slick aerial moves, including a wicked assai moonsault.

Training with Fox, an insanely talented guy, gave Alan the foundation of his wrestling talent. From there, Angels joined the Nightmare Factory, which was in its infancy at the time. Lady luck as in Alan’s favor as AEW was just becoming a thing and soon enough QT Marshall’s dojo would become affiliated with AEW.

The school only gained a decent repetition for developing great young talent like Johnson and Red Velvet to name a few, but it would soon provide a foot in the door to the current AEW product. Training under Marshall, Angels began to develop other sides of his game in the hope of becoming a more well-rounded grappler rather than restricting himself to be a high flyer. A philosophy that clearly has paid dividends judging by his matches on AEW the past year. He also picked up the ability to call a match on the fly, which can be an invaluable asset for any wrestler.

Angels may not have been the biggest star of any show he has been on, but he has had a decent resume in his short career… well as much as a relative unknown talent can have when starting out. He has participated at the usually popular Scenic City Invitational on more than one occasion, featuring alongside talent such as Marko Stunt, Fred Yehi and Austin Theory, as well working alongside a then 75-year-old Bill Dundee, though I dread to think what that was like. Angels has also had matches with such journeymen as Colt Cabana, Tracy Smothers and Stevie Richards, as well as Shannon Moore.

Thanks to AEW’s affiliation with the Nightmare Factory, his first glimpse of national TV was being a plant in an MJF segment. Angels was the envy of fans everywhere as he throw a drink at the newly turned MJF following his betrayal of Cody Rhodes. This segment got his foot wedged in the side entrance of Tony Khan’s company. Angels appeared to have no intention of letting that door shut.

While the COVID-19 pandemic brought misery for most in March 2020, Angels was about to get his opportunity as a result of it. Alan was present backstage one week at AEW tapings following his drink chucking performance and his “always bring your gear” attitude, which should be a golden rule for every aspiring wrestler, paid off when he was chosen to face Lance Archer at a moment’s notice. Archer needed an opponent and Angels was the lucky guy asked to do the honors. Angles got roughly two minutes of face time on AEW Dark that day but looked good in the one-sided drubbing he received from Archer.

His next match arguably made him. After making a positive impression with his match with Archer, Angels was thrust into a match with former NJPW Champion and then AEW Tag Champ, Kenny Omega. Not many people were too keen on traveling during the beginning of the pandemic, but their loss was the gain of Alan Angels. Angels got another chance and took it with both hands.

In his match with Kenny, Angels got to show what he was made off to the world, showcasing smooth exchanges with the perhaps the best in the business. While some ignorant fans disliked the amount of offense the then-unknown Angels got, Kenny generously helped Alan to his breakout match and the Atlanta-based youngster excelled as a result. Alan got his minutes in and put his best foot forward in a situation where he could have easily sh!t the bed.

Now the world, for better or worse, knew who Alan Angels was.

It wasn’t long before he started to appear in matches on AEW Dark and then was added to Brodie Lee’s heel faction, the Dark Order alongside other such up-and-coming talents such as John Silver and Preston Vance, as well as experienced journeymen such as Colt Cabana and Evil Uno. Re-christened Number 5, Alan Angels found his feet in AEW fairly quickly.

Being showcased on AEW Dark gave Angels to not only show what he is made of, but also develop his skills in front of a global audience. Being a small guy in a heel stable naturally made him a throwaway henchman who would take beatings for his leader, Brodie Lee. But Angels also made the most of his matches, showing off his wide range of abilities each week Whether it was in a tag match on dark or being the victim of a Brodie Lee ear-bashing, Alan has slowly began to show the world his character chops. Angels is far from bland, with a wide range of abilities from an acting point of view he appears to have the uncanny knack to maximize his screen time.  But this is nothing new for Alan, even in the indie scene he managed to demonstrate his promo skills with some killer material gained in SHW.

While the premature death of the universally loved Brodie Lee was a tragic occurrence, it began the precursor for the Dark Order to turn face. As a result, Angels and his buddies in Dark Order have been able to show much more of their personalities.

Impressive outings in multi-man matches, along with some fine individual performances such as his recent matches against Bryan Danielson and Kenny Omega, have convinced me that Alan Angels has a bright future. His in-ring work is slick, whether it’s his high flying offense (Alan performs some flawless moonsaults ) or his neat chain wrestling skills, Alan appears to never under-deliver. He has enough charisma to eventually go further when his time comes and he has a decent look too. He clearly takes pride in his appearance and he looks exquisitely chiseled. With similar facial features to Sami Zayn, another formerly masked grappler,  Alan has the ability to show a plethora of emotions in his expressions alone when working. Ironically they should have never put a mask on either man.

Alan is gaining the reputation of being a very reliable worker. Tony Khan and his high-profile opponents clearly trust him to be an important part of their product. In a sea of well-established talent with big reputations, Alan Angels is a reliable hand who is utterly enjoyable to watch.

He comes off pretty humble and realistic in his interviews, noting recently that he wants to showcase himself more in higher-profile indie promotions to gain experience rather than rest on his laurels with AEW. Most of all he comes off as appreciative of the opportunities he has had and isn’t afraid to work hard in order to build on his AEW momentum.

Is Alan Angels a favorite to headline a global PPV any in his career? Possibly not, but neither are 99 percent of wrestlers. But, in my opinion, he has the tools to go far in AEW. He has plenty of in-ring talent, plus at 23 he has youth and a good attitude on his side. While Angels isn’t in the position of star in the making just yet, I am always entertained by his work and never bored. He plays a small role in the grand scheme of All Elite Wrestling, but he goes about his work.

His work is unappreciated to a degree. He gets some love, especially after a feature match, but mostly he flies under the radar for many. That said, I believe that if he continues at the rate he is going at, he is surely destined for greater things. He may not be a pillar of AEW, but he is certainly one to watch. 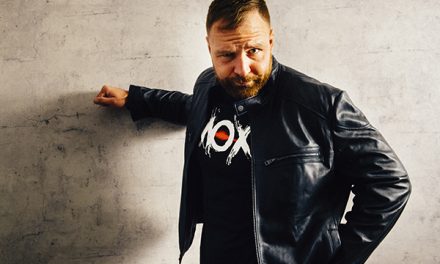