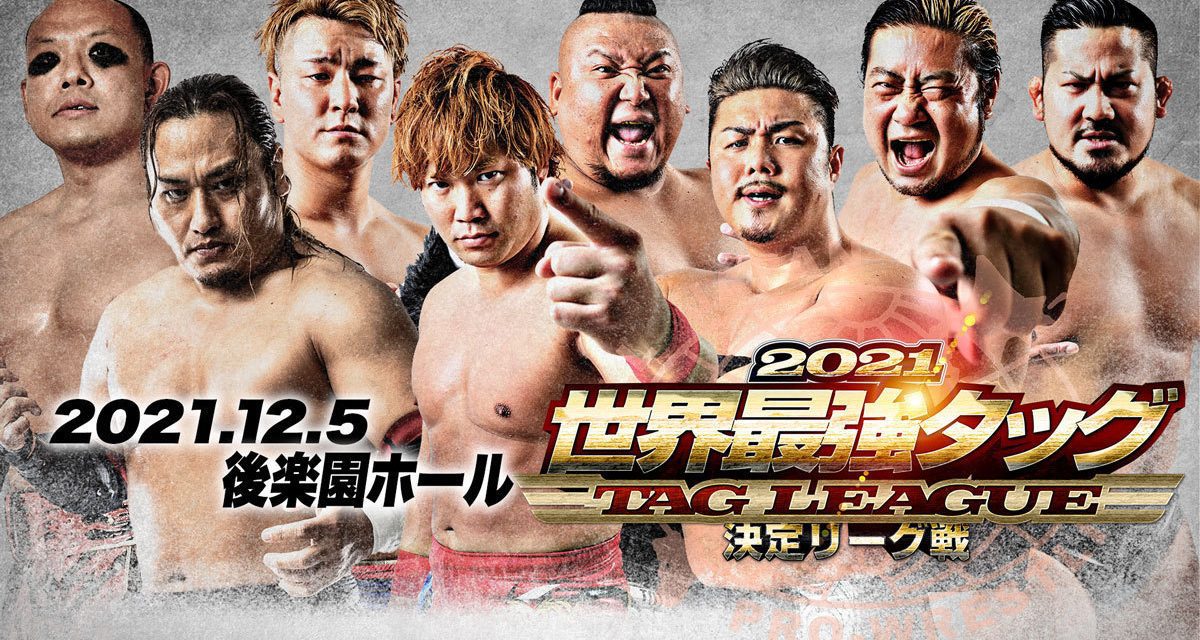 A very good match between two great teams. The closing stretch of this alone was better than most of the matches during the block phase. There wasn’t much of a story to it as it was just back and forth. That is what kept the match from being great but I won’t fault the NEXTREAM team for wanting to keep some powder in the keg for the finals. Still a good effort from both teams and the perfect match to open the show.

A very surprising result and match structure. KumaDoi completely dominated the champions here. I expected this to result in a comeback win from Runaway Suplex but that comeback never came. KumaDoi used a ridiculous amount of tape to tie Suwama to the guardrail on the outside and then destroyed Ashino in the ring for the pin.

Yet another surprising result. Not only were the twins on the winning side they actually scored the pin on Black Menso-Re. The Saito twins are going to be pushed to the moon when they come back from their excursion to the US. All Japan might go all in and have them win the World titles soon after their return and at the minimum, they will win the All Asia tag titles.

The main appeal of this match was tag partners facing each other and that’s exactly what happened here. The most entertaining part of this match was Seigo Tachibana and Yoshitatsu surprisingly. Tachibana tried to pin his regular partner with a variety of cradles but Tatsu kicked out every time and then tapped Tachibana out. Afterward, Tachibana’s teammates kicked the shit out of him and mocked him for losing.

Looks like we’re getting an Abdullah Kobayashi vs Jake Lee Triple Crown match at the New Years’ show. The match itself was fine if a little light on the hardcore aspect. This was mostly a tag match where they sometimes used chairs and tables. At least Jake Lee bled so having the match was worth it for that. The sequences involving Hokuto Omori and Drew Parker were fun and I wouldn’t mind a singles match between those two. It certainly would be a lot more entertaining than the Jake vs. Abdullah Triple Crown match will be.

But who cares about that.

After the match, Suwama invites Naoya Nomura to the ring! We haven’t seen him since his neck injury early in 2020. He announces that he will leave All Japan and that he will have a final match in the promotion. That sucks so much as he was on the cusp of becoming a big star in the promotion. Not sure yet if this means that he is retiring or if he’s becoming a freelance but regardless this is not good news for All Japan.

The Nomura news deeply impacted my enjoyment of this match early on and made it very hard for me to focus on it. I am someone that needs an emotional buy-in to really get into a match and that just wasn’t there at the beginning due to the Nomura announcement. I was watching it and recognized that its a great match but just couldn’t buy-in.

But to both team’s credit, they managed to get me into it as it went on. By the time the finishing sequence hit I was all in. Both teams have been great all year and especially the NEXTREAM team should find their way onto plenty of tag team of the year lists. This performance will hopefully lead to KumaDoi being signed to proper contracts by All Japan as they are a great asset to the promotion. They should win the All Asia tag titles and then just destroy challengers until the Saito twins come back from excursion. They pulled off some amazing double-team moves on Yuma Aoyagi and had me convinced that they are winning more than once. Yuma meanwhile has become an elite-level worker and is not far behind Kento, especially in tag matches where he might even be better than him. Just a great performance and it’s a testament to the class of both teams that they got me into it after the Nomura news beforehand. ****

A strong showing from All Japan on the final show of the Real World Tag League 2021. As expected though as the finals of the tournament consistently deliver. Both semi-finals were good and the rest of the undercard was solid with the exception of one match. The devastating Nomura news nearly derailed the final but it was too good of a match and the excellent performances of everyone involved saved it. 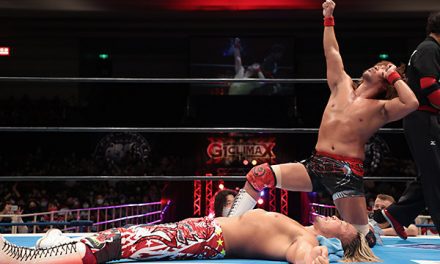