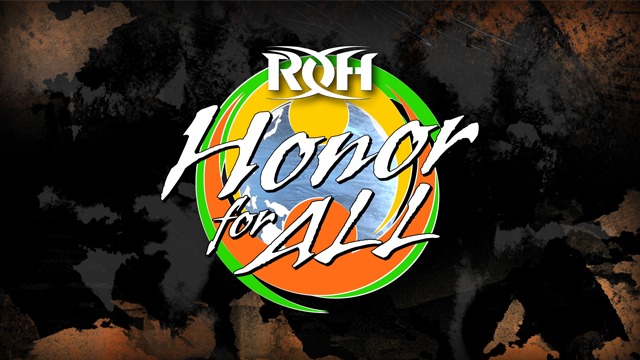 The opening contest on this Honor Club special was a rematch from the first round of the Pure Title Tournament last year. Tracy Williams won on that occasion, and Taylor Rust mentioned in his pre-taped promo beforehand how he was looking to avenge that loss. The Foundation would come out with Williams during his entrance, which was notable only because Jay Lethal wasn’t with them. Despite exhausting all three of his rope breaks, Rust would emerge victorious after forcing Williams to verbally submit to a shoulder submission (with the commentators noting the previous shoulder issues that Williams has had). Clocking in at just under twelve minutes, this bout had some very solid wrestling from start to finish, with a good mix of technical exchanges, hard strikes, and submissions. Williams has definitely been one of my favorite Pure Division guys since the division was resurrected last year, and Rust is certainly a guy who’s a perfect fit for this style. This was a big win for Rust, and while the Pure Title match at Final Battle is set in stone (Josh Woods defending against Brian Johnson, who joined the commentary team for this one), I guess we’ll see if he’s in a notable spot on the PPV. ***1/2

It was mentioned during the introductions of this match that the winner would receive a title shot on the Christmas edition of ROH TV. Now I have no idea if they’re doing a TV Taping on the same weekend as Final Battle just to fill content into the new year, or if it was taped during this set of tapings. Either way, the winner here would earn a shot at the ROH Women’s World Title, and when the dust settled, that person ended up being Holidead. This was a fine four-way contest that had some decent action at points. I felt that Quinn McKay and Trish Adora had some of the better exchanges in this one, though neither would be involved in the deciding fall, as Holidead pinned Vita VonStarr following a variation of the Angel’s Wings. Had I gone into this show unspoiled, I would’ve picked either Quinn or Trish to win, so I would call Holidead winning this Four-Corner Survival a mild upset. If Rok-C retains at Final Battle, we could have a Rok-C vs. Holidead match to determine (potentially) the final ROH Women’s World Champion. **3/4

In case you missed it, The Briscoes won the GCW Tag Team Titles from Second Gear Crew members Matthew Justice and Mance Warner on a GCW card in Los Angeles back in October (the same card that featured Nick Gage vs. Minoru Suzuki). That story continued on this show, as Second Gear Crew members AJ Gray and Effy made an appearance here in an attempt to bring these titles back to GCW. It really sucks that ROH is in the state that it’s in right now, as I would love to see more ROH and GCW crossovers like this. The match quickly devolved into an all out brawl, as Ian Riccaboni and Caprice Coleman explained that the rules were more lax in this bout since the GCW Tag Team Titles were on the line. They brawled in the ring and on the floor, as chairs and tables were soon brought into the mix. This would lead to the first instance of a table not breaking properly on this show, as an attempted Blockbuster by Effy didn’t exactly go according to plan (the legs of the table broke, but the table itself did not).

The Second Gear Crew would get a big nearfall towards the end of the bout. However, that wasn’t enough to put The Briscoes away, as the brothers bounced back with a Froggy Bow off the top to the floor (putting Gray through a table in the process) and a Jay Driller on Effy for the win. At just under nine minutes, this wasn’t a very long match, but boy did I enjoy this while it lasted. I thought this was a ton of fun, with nonstop action from the opening bell, all the way to the finish. I’ll definitely be keeping up on this story as The Briscoes work more dates with GCW, though as I said earlier, it’s a shame that we won’t be seeing this crossover continue in ROH, as it would’ve definitely provided something unique and different to ROH cards. ***1/2

Even though this didn’t get the main event slot, it easily felt like the biggest and most important match on this entire card. The leaders of The Foundation and Violence Unlimited going at it in a first-time-ever singles match (at least in ROH), with a future shot at the ROH World Title. This only lasted a shade under eleven minutes, but it was easily the best thing on the entire card. It started off with a bang as Brody squashed Gresham in the corner straight away, and followed up with a devastating Gonzo Bomb that would’ve gotten the win had Gresham not gotten to the ropes. From this point, Brody just dominated Gresham as he brutalized him on the floor. A vertical suplex on the floor, ramming Gresham into the post, and completely squashing him against the barricade. Brody looked like an absolute monster.

Despite taking all this damage, Gresham managed to stay alive. He would get the occasional moment early (such as when Brody chopped the ringpost when he moved out of the way), but it would be three consecutive dives to the floor that would finally turn this bout into a more even affair. While Brody would still have moments of domination (even brushing off Gresham’s offense at times), the former ROH Pure Champion was finding openings at every opportunity. He finally found something with a sleeper, and issued an all out assault. Attacking the previously injured hand, a springboard moonsault, Danielson-style hammer fists/elbows, and another Sleeper Hold were all unleashed on Brody. A running forearm strike to the side of the head would finally keep Brody down, and Gresham picked up the win to secure a shot at the ROH World Title. Again, this was a fantastic bout that saw both men play their respective roles to perfection. Brody looked like an absolute monster, but Gresham managed to survive the onslaught, and found the right opening when the opportunities became available. This was a great match in a vacuum, but I just know it would’ve been even better if there was a full crowd in the arena. Brody would accept Gresham’s handshake after the match, as the former Pure Champion sets his sights on Bandido and Final Battle. ****

With all of the speculation surrounding RUSH and the nature of his departure from ROH, it was easy to forget that Dragon Lee was technically a double title holder, as he was both the ROH World TV Champion and one-half of the ROH World Tag Team Champions alongside his LFI stablemate Kenny King. The semi-main event on this card saw the ROH World Tag Team Titles on the line as they would defend against The OGK in what ended up being a really solid tag team contest. For the most part, this followed a basic formula as Matt Taven and Michael Bennett gained the early advantage (with Taven hitting a series of big dives to the floor) before the LFI duo managed to gain control. They would work over Taven for a few minutes before he was finally able to make the tag to Bennett. The closing minutes of the match saw some very strong back-and-forth action between both sides, with all four guys getting moments to shine.

There would be an attempt at interference from La Bestia Del Ring (who was wielding a chair), but he was kept in check when Max The Impaler and Amy Rose came out (Rose was kicked out of LFI several months back, so she still has beef with them). This allowed a clean finish in the ring, as Bennett and Taven would hit a Proton Pack/Running Kick combo for the win! The OGK are your new ROH World Tag Team Champions, with this being the second reign for Bennett and Taven (their first since 2015). While this wasn’t a great match, there was strong action throughout, and with LFI being a faction that’s notorious for a lot of interference, I’m glad that we got a clean finish here. Amy Rose would end up getting even more revenge on Kenny King afterwards, as she led King into a spear from Max The Impaler. ***1/2

The cameras stayed on Bennett and Taven for a long time after the match. They were clearly very emotional after this win, with the standout moment being Taven getting on his knees and kissing the ROH logo that was on the floor in the entranceway, which seemed like a moment that was pretty revealing in terms of the future of ROH. Definitely, something that (at least for me) comes off as something that you would only see if the promotion was going away for good, though that’s just my interpretation.

With EC3 (who, by the way, defeated Jay Lethal in what would wound up being Lethal’s final match in ROH) joining the commentary team to offer some…..bizarre lines, the main event saw the conclusion of the rivalry between Bandido and Flamita. Of course, these two have had issues dating back several months, with the dissolution of the MexiSquad, and Flamita evolving into Demonic Flamita. Something that I found funny about this match was that while it was clearly advertised as a No DQ Match, the GCW Tag Team Title bout (which wasn’t advertised with any sort of No DQ stipulation) turned out to be more of a hardcore match than this one! There was some brawling on the outside, and a few hardcore spots here and there with a chair and a table (which didn’t break, marking the second such “I AM THE TABLE” moment on this show). For the most part, however, this was a pretty straightforward match. Flamita gained control early and worked over the legs, though Bandido would manage to fight back with both displays of power and high-flying offense. Flamita would nail an awesome-looking 450 Splash off the apron, and towards the end of the bout, he hit Bandido with a low blow as a counter to the 21-Plex. Bandido would manage to return the favor, and hit a variation of the 21-Plex for the win. A really good bout for the most part, though it definitely felt like it was lacking something that could’ve turned it into a great bout. ***1/2

This might be some wild speculation on my part, but I’d be curious to know if this show was supposed to happen on the road, before ROH decided to go back to the closed-set tapings for the rest of the year (except for Final Battle). As for the show itself, it was a quick and easy watch with one great match, and a number of really solid matches, throughout the card. Brody King vs. Jonathan Gresham is definitely worth going out of your way to watch, especially if you’re looking to catch up on some of the stories going into Final Battle. If you haven’t been enjoying the empty arena ROH atmosphere, that could certainly be a hindrance to your enjoyment of this show, but at just over two hours and with only six matches, it’s a super easy show to sit through. 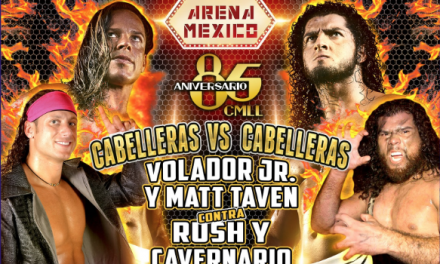 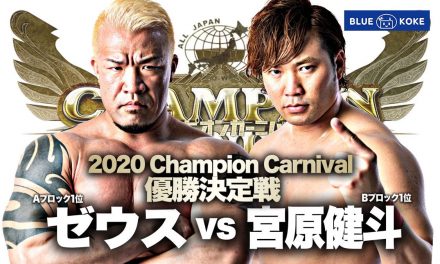 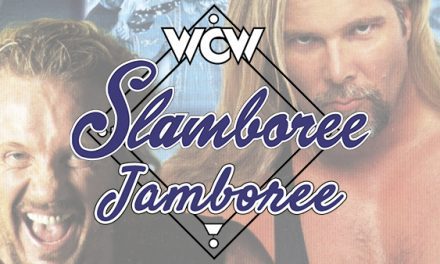 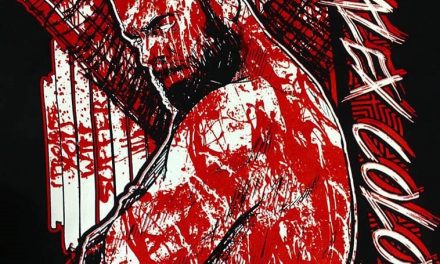