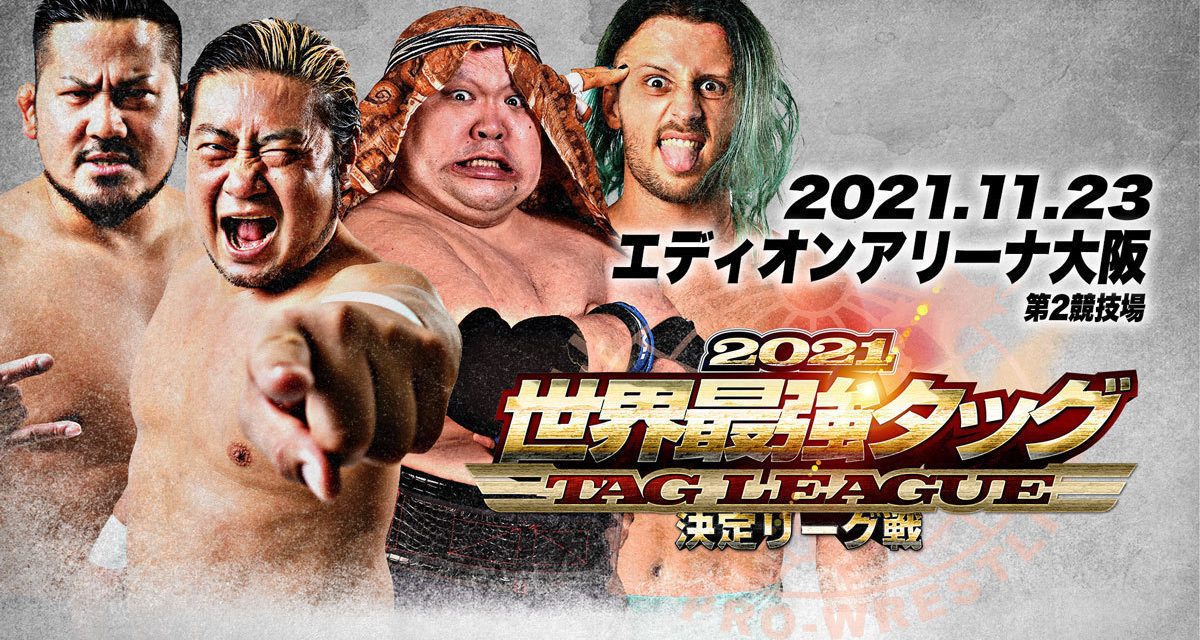 Fashion icon Yoshitatsu has new gear that is a big upgrade from his previous garish blue and red tights. I have to say, LEONA has gone from a bad wrestler to being a very average one. This was a basic match that saw Tachibana get worked over a lot. Nagai hit an exploder then applied the Stretch Plum on Tachibana for the submission victory. This was totally inoffensive. Yoshitatsu Kingdom finished the tournament with zero points. Nagai and Leona still have a chance to end up in a three-way tie for first, but that would involve them beating the Twin Towers then having the Twin Towers defeat KAZMA SAKAMOTO and Kengo Mashimo, which is an extremely unlikely scenario. **½

This was underwhelming. Kodaka got worked over for a bit, then Omori did. Omori did take a Steiner Bulldog, which bless him for doing that at his age. There wasn’t much else to this match other than that spot. Arashi looked like he had Omori down for the count, but Omori powered back and hit two Axe Bombers on Arashi for the win. Despite this loss, KumaDoi aren’t out of this. The block will come down to one more match, Koji Iwamoto and Ryuki Honda vs. Doi and Arashi on November 27. A draw or a win will send Iwamoto and Honda through to the semi-finals, while it is a must-win match for the Total Eclipse team. Runaway Suplex looks to be on their way to win this block, but Jake Lee and Hokuto Omori could force a three-way time at the top if they win their next two matches, the second of which is against Runaway Suplex, but again like some of the other convoluted block scenarios that still exist in this tournament, that is probably not happening **½

The Big Japan team attacked before the bell. Parker hit a great-looking Tope con Hilo on Suwama to the outside early on. Kobayashi bled of course. There was some comedy throughout where Ashino used a paper towel to wipe down Runaway Suplex’s corner whenever Kobayashi touched it. Ashino even wrapped it around Kobayashi’s head to stop the bleeding. Ashino got the submission win over Parker with the Ankle Lock. Again, this was like the other matches in this tournament featuring Team Big Japan, but at least it was kept short. It’s a shame that Parker didn’t do more in these matches, as that would have greatly improved them. I guess this was technically the best match of the tournament featuring this team. **

Again, as I have been saying since Zeus’ departure to run Osaka Pro was announced, it’s clear that he is still going to have a close relationship with All Japan, and this match main eventing the show is more evidence of that. Unfortunately everyone on his team made their entrance to Zeus’ theme, so we didn’t get The Bodyguard’s awesome theme. Zeus and The Bodyguard threw around the Nextream Jrs. like rag dolls a whole lot early on and it was great. Zeus would eventually get worked over by Nextream for a while before making a heroic comeback. The last few minutes were really hot with lots of big moves from everyone, while HAYATO and Zeus had a good closing stretch, with Zeus finishing off HAYATO with the Jackhammer. This dragged a little bit in the middle while Nextream was working over Zeus, but in the end, it turned out to be a lot of fun. ***½

Funnily enough, the stuff worth watching on the show wasn’t from the Real World Tag League. The Saito twins’ matches should be watched if you want to see their progress. And the main event was fun, especially if you are a Zeus fan. I admit I thought that the four team, four block format in this year’s tournament would cut down on bad or lackluster matches, but I was wrong on that. But the last two nights of block matches before the semis and finals, do have some more promising matches than what were on this show. 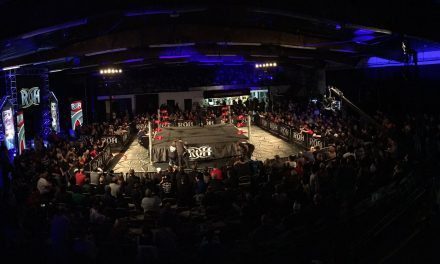 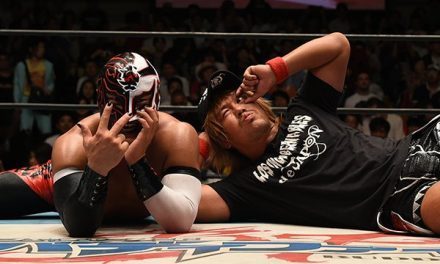 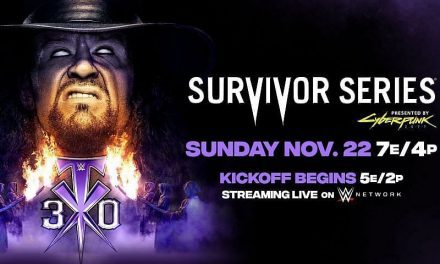 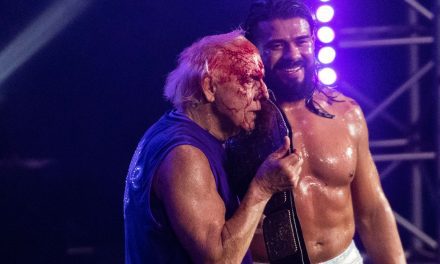