This week on Wrestling Omakase we review two big shows from the past weekend- AEW’s Full Gear and NJPW’s Battle in the Valley!

John is joined by returning guest Chris Samsa (@TheChrisSamsa) as they start out with some quick updates on their lives and then talk for quite a bit on the dual possibilities of reopening borders and crowd cheering in Japan. They then get into a full review of AEW’s Full Gear PPV from Minneapolis, talking about the good, the bad and the ugly from the latest show. The good: an awesome main event, a match with some real emotion in Punk/Kingston (plus some chat about how Punk maybe needs that kind of emotion to hit anything close to his peak) and an amazing opener from MJF & Darby Allin. The bad: A very weirdly and unevenly paced show with two walk-n-brawls, and just a general feeling of doing way too much that makes the show kind of drag. The ugly: Jay Lethal signing with the company, and what it says about them.

Then they turn their attention to NJPW’s Battle in the Valley, as they discuss some of the issues that New Japan’s US brand continues to have. They break down a pretty fun show though with plenty of good matches, and then rant (and debate a little) about the rather convoluted set up for the upcoming Tokyo Dome nights of Wrestle Kingdom. 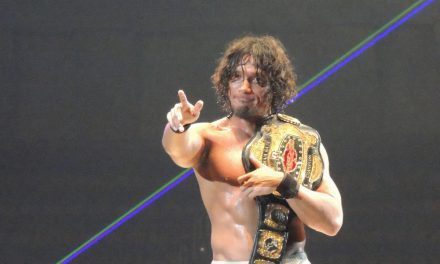