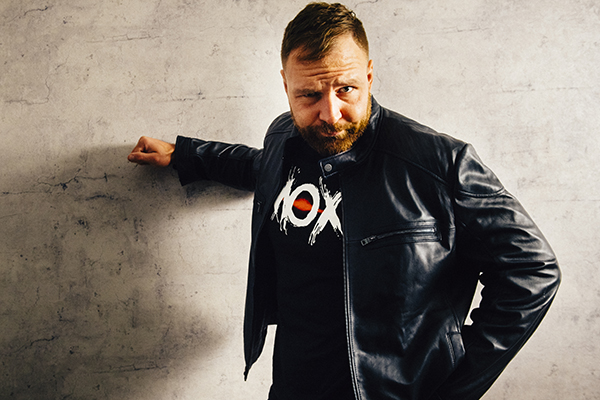 Right up front, I’ll tell you the main takeaway from this book: Jon Moxley is probably the coolest pro wrestler right now. If you don’t think so, his autobiography “Mox” will take you to the same conclusion, and you’ll even become a fan of the man.

I personally don’t know Moxley, but I can safely say that this book is pure him. If you have seen him in AEW, NJPW and on interviews in other outlets, you will know that the book is purely in his voice. His life is told in a non-linear way with a lot of stream of consciousness. You get a lot of what you expect: his wrestling career from HWA, CZW up to AEW. You get gossip and his own experiences from his wrestling life. You even get life advice, from how to keep a happy marriage up to how to make the perfect sandwich. You don’t know what movie to watch or album to listen to? Would you like recommendations of where to move? Where to take a hike? Do you want jokes to break the ice at parties?

Moxley has your back here too.

Sometimes autobiographies get bogged down by having too much backstory, but in the case of “Mox”, it has the perfect amount. You will learn from his life growing up in Piccadilly, Cincinnati, Ohio and what it meant to be from that part of the city, which was something completely new to me. There is a lovely story of how he helped his father help a family that will move your heart. You will also learn of high school escapades and fights. You probably had some of the same wrestling fights between friends like Moxley.

His wrestling life is complete here too. He goes from when he met Les Thatcher and signed up to his school and his training. His career in the independent circuit and the reason why he went into the deathmatch territory with CZW, and you’ll even get the Tournament of Death story that you probably have heard about, where Nick Gage died for seven minutes. His life in WWE developmental is complete here too, with even learning about his living situations.

There are snapshots of the most important moments of his WWE career, from his failed Mick Foley feud, his feud with William Regal, how The Shield came about (which is really interesting to read from his perspective), and title matches. And yes, his frustrations with the booking and with how pro wrestling is done in WWE are here, but I don’t consider it “shoot-style” shit. This is not gossip for the sake of gossip, but frustrations on how WWE is micromanaged by a man that is insulated from the outside world and is out of touch. A man that does not let his performers get leeway and create organic stuff. I even laughed my ass off at one story of one Shield promo. There is mention of the politics (and a fuck you to Kevin Dunn). It’s a great dissection of the WWE situation by a man that lived through it at all levels, both criticism and the good stuff from his experience.

The post WWE career stories were some of my favorite. You will get his perspective from being in the G1 Climax and how he crafted the Yuji Nagata segment on Dynamite. His hesitation when he left WWE and the nervousness of joining AEW. There is a play-by-play of his first moments at Double or Nothing 2019. Even from Bloodsport 6 back in April. All of the stories with the same wit, humor, and stream of consciousness approach.

This book is really funny. His personal stories with Renee, especially a story involving a scooter, made me smile and laugh. You will get the hilarious play-by-play of the AEW Revolution explosion from Moxley and Eddie Kingstons’s perspective. His movie and film reviews are great. I give his “Jurassic Park” review 5 stars. His sense of humor is throughout the book.

Just as it’s hilarious, it’s really emotional, with the stories from his childhood and great, moving tributes and stories about Brodie Lee and Danny Havoc. I was moved more than once by the love that Moxley has for his fellow warriors on the road. He also really loves his wife. By opening up, I got to respect the man even more, and I’m even happy that no matter what happens, he loves his friends, the other wrestlers, and the fans.

Maybe I feel this way because I just finished the book, but this is one of my favorite wrestling autobiographies. You get the man’s life, career, and thoughts on the wrestling business and the universe, and even movie, music, and just life recommendations. I’m not as cool, but I identified with some of Moxley’s traits and ideas. In the end, what really makes this book great is that it’s in his voice and it’s full of love and pain and humor.

This book is a labor of love. I definitely recommend it.