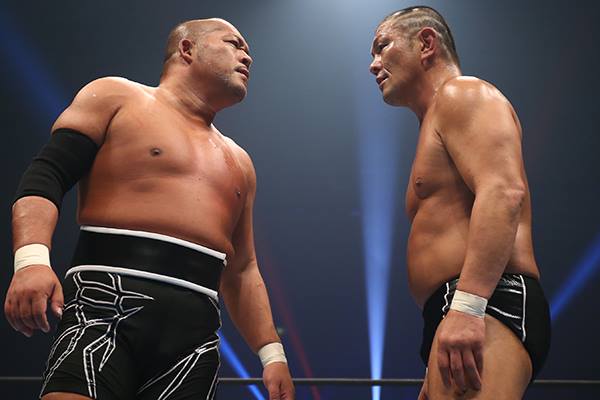 I listened to Karl Stern’s recent audio where he discussed the upcoming Wrestling Observer Newsletter Hall of Fame (WON HOF) ballot. He noted that he wasn’t going to vote in the Japan category because he had not been following the category closely enough to cast a reasonable ballot. While discussing this category, the subject of Tomohiro Ishii came up. Stern dismissed his candidacy out of hand, roughly saying “there’s still more for him to accomplish in his career.”

Tomohiro Ishii is 45 years old. Every year, he moves closer and closer to having the mobility of Ken the Box. He has not had an IWGP championship match since 2018. His last singles belt was the NEVER Openweight in 2019. He’s never been seriously considered to be a candidate for New Japan’s top belt, and he seems to be moving progressively further away from that level every year.

The Hall of Fame argument for Ishii centers largely on his match quality. His head could finish sinking into his torso tomorrow morning, and nothing would change regarding what he’s accomplished in his career or his argument for the Hall. Those matches have already happened and have been happening for years. He could retire as soon as you finish reading this article and nothing practical will have changed about his candidacy.

Roman Reigns from last year’s ballot is a good example of this: while he’s main evented several WrestleMania main events and has proven to be a very good in-ring performer, his candidacy is marred by the question of his efficacy as a draw. It was perfectly reasonable to not vote for him in 2020, but to expect that he be added back to the ballot in 2025 or 2030 as a much stronger candidate. I feel the same way about Seth Rollins and Jon Moxley, who are coming onto the ballot in 2021 – both fall short of the standards of the Hall but also stand good chances of reaching them in the future.

But there are also candidates who are blindingly obvious at ages younger than most inductees.

Kazuchika Okada’s candidacy for induction is as obvious as any since the establishment of the Hall. He’s been a top draw and elite performer for nine years now, which contends with and even surpasses many current members of the Hall. He’s also been a central figure of a company that has grown tremendously during that time period, and has been the biggest company outside of the U.S. and no lower than the third biggest company in the world during that time period.

One thing that some Hall of Fame voters love to bring up for any candidate that is still wrestling is that there’s more to come in their career. This argument is often used as a cudgel against giving consideration to those who still wrestle regularly, regardless of the actual strength of their candidacy and most often against those that are closer to induction than not.

The argument about a lack of information regarding if an active worker fits into the Hall of Fame falls apart at the simplest analysis. For the generations of wrestlers who primarily worked in the 90s and later, there is a multitude of tools to evaluate their careers. There’s reliable information on their drawing power, both in terms of house sizes and pay-per-view sales. There’s plenty of resources for evaluating their in-ring career, between all of the various polls that have been conducted in mediums ranging from the Wrestling Observer Newsletter to Cagematch to GRAPPL to the Death Valley Driver board. This cohort of wrestlers have more of their matches available for viewing than those that came before.

The only aspect of the ballot that cannot be fully evaluated is the influence of a wrestler, as that sometimes comes many years after they’ve retired. But that’s also not a blanket statement that can be applied willy-nilly – it’s clear that current candidates CM Punk and Okada have already exhibited a strong positive influence on the industry.

To return to the Tomohiro Ishii argument: his match quality can easily be subjectively and objectively assessed. The history of the voting in the Wrestling Observer Newsletter Awards is chronicled on several sites, including this one. A simple search of YouTube returns clips and full matches of Ishii’s over a period of decades.

A common argument against voting for current competitors is “what if they fall off a cliff?” If you look at the actual history of voting for the Hall of Fame

First, let’s look at the induction of Eddie Guerrero.

Guerrero reached 34% of the vote in 2005 for the U.S./Canada portion of the ballot. After that vote, he feuded with Rey Mysterio over the paternity of Dominik Guerrero and was then built up as a contender for the World Heavyweight Championship, which he was rumored to be scheduled to win on the day of his death.

Guerrero returned to the ballot in 2006 and was inducted with 69% of the vote. There are two conclusions that can safely be drawn from this result: Guerrero was overwhelmingly considered a Hall of Famer by those evaluating his career, and the only key change to Guerrero’s candidacy was the end of his career and life.

Guerrero did not accomplish anything in the ring that would have logically doubled his vote percentage. His 2006 candidacy was virtually identical to his 2005 candidacy. It’s apparent that a significant number of voters were holding off on voting for him simply because of the fact that he had not retired and not because of any concrete shortcoming in his candidacy. This shows that, at least in 2006, some voters weren’t waiting for Eddie Guerrero to reach any particular threshold for candidacy – they were just waiting.

Additionally, the Hall has plenty of wrestlers whose late-career has been less than stellar. Yuji Nagata was voted in 2018, when he had been well outside of the New Japan main event scene for years. Steve Williams was shot by the time he joined WWF in 1998, which didn’t keep him from being inducted in 2011.

Any argument against a performer being inducted and then having a massive negative impact on the industry is completely undercut by the fact that Chris Benoit was not recalled from the Hall after he killed his family. If literal familicide isn’t enough to overturn your election, then hanging around for ten years when your body’s shot and just doing comedy midcard multi-man tags isn’t going to undo your candidacy. Once you hit the Hall of Fame level, the voters have established you’re a Hall of Famer, no matter what.

The next time a voter looks at a candidate that is still in the midst of their career and thinks that it’s too soon to actually evaluate them, they should stop and consider if there’s an actual shortcoming on the candidacy they’re looking at or if they’re just using a convenient answer to dodge a question.

For more discussion on the Wrestling Observer Hall of Fame, visit our Discord: https://discord.gg/cTvJh37B 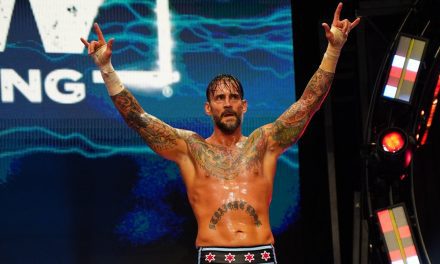 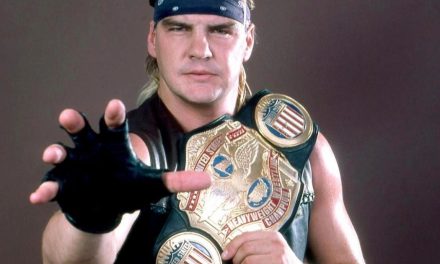