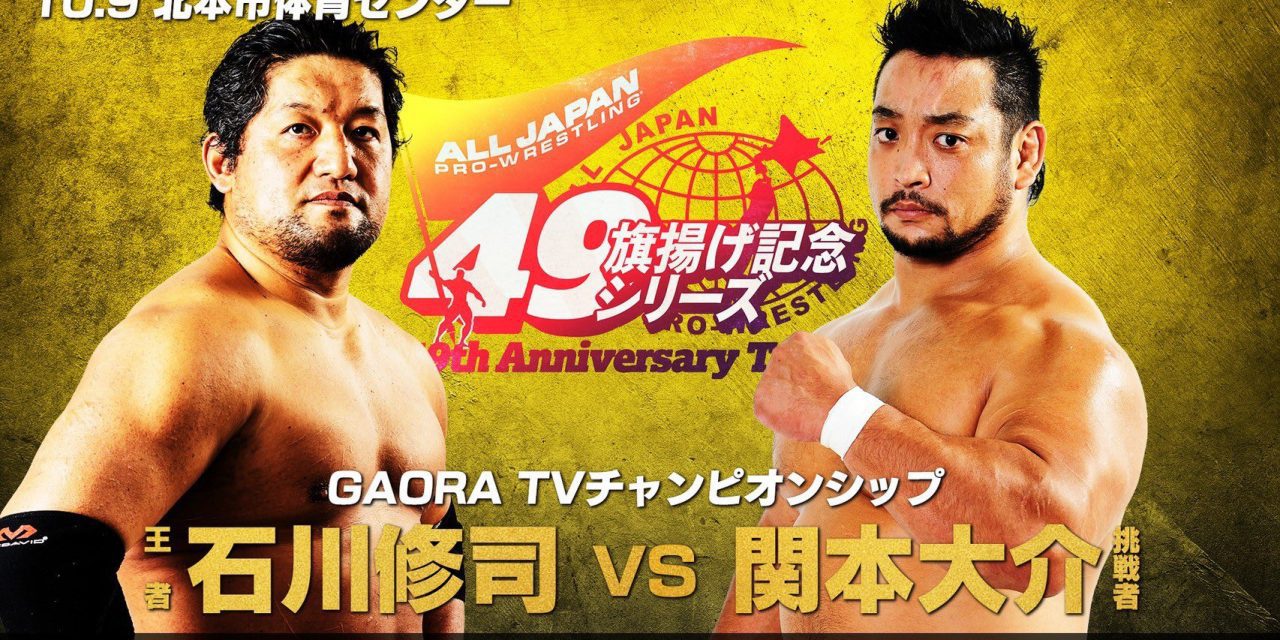 Unsurprisingly, this was a basic match from a moves perspective. However, the fun here was watching Tsukamoto get worked over, sell, and then get some hope spots. Tsukamoto would go on a quick offensive run that the crowd seemed to get into before Doi finished him off with a big Lariat. Tsukamoto is really progressing fast. He moves very well for a stocky guy and knows how to work the crowd. After the match Doi raises Tsukamoto’s hand looking like he is congratulating the rookie for a hard fought match, then kicks Tsukamoto and throws him out of the ring. What a heel. **¾

Rei is now rocking a beard with slicked back hair. It looks good.

The match formula here was straightforward. Omori could go toe-to-toe with the Saito Brothers but Menso~re often got steamrolled because he was the smallest guy in this match. The Saitos managed to get the advantage on Omori and were double teaming him, but Omori, being the wily veteran that he is, managed to fight back and pinned Rei with the Axe Bomber. This was a lot of fun. Saitos looked pretty good here. And instead of doing a lot of forearms and stomps, they used a lot of moves.

This was the Saitos best match up to this point and an encouraging sign of their potential. Now to be fair, Omori and Menso~re are an underrated team that usually delivers. The Saito Brothers Respect Army marches on. ***½

Yes, that’s right, the former Lingerie Muto, Sawa accompanied Hijikata and Abe to the ring in a bit of Battlarts nostalgia. Sawa was also the trainer of Abe and it shows in the way that Abe moves in the ring. When Tachibana got thrown outside the ring, Sawa tried to attack him, but in another episode of this ongoing Sawa gimmick, he got his suit ripped up by Tachibana. This would be repeated several times over the course of the match. The opening minutes of this match meandered as it was about setting up the Sawa spots. But the closing stretch was a pretty good spring with both teams getting in a lot of offense. The end saw Sawa get up on the apron to distract Tachibana which allowed Abe to hit a closed fist punch to Tachibana when the referee wasn’t looking and then roll him up with a Horizontal Cradle for the pin.

I’m not in love with comedy like this, but on the other hand, it’s cool to see Sawa as I am a Battlarts pervert. Your enjoyment of this will probably depend on how much you like those that were involved. **¾

A fun little sprint. Purple Haze took most of the match early on, working over Tamura until Ashino and Suwama got in there and started fucking up Purple Haze. Tamura started screaming to get tagged back in, and after some hesitation Suwama relented. While Tamura got in a flurry of offense on Irie, Purple Haze rebounded, helped Irie, then Irie pinned Tamura with a top rope splash. Like a lot of All Japan multi-man tags on the undercard with big names, this could have used a couple more minutes.

The part of the match where Tamura wanted to get tagged back in then went on to lose the match might be a tease that there is more turmoil coming for Evolution as Ashino and Hikaru Sato recently came to blows while they were teaming. It would be a smart move. Evolution has been around in one form or another since 2014 with Suwama as leader. Disbanding the unit and letting Suwama continue his tag team with Ashino would give Hikaru Sato and Tamura something fresh to do. ***

Total Eclipse attacked at the bell before Miyahara could get his robe off. There was a fair amount of brawling outside the ring early on, though the match eventually settled into the ring with some good action. The Lee and Miyahara exchanges were pretty good, giving me faith that their Triple Crown match next week will deliver. Omori was causing some trouble for the Aoyagi Brothers as he low blowed them both during the match. Omori got a near fall on Yuma Aoyagi with a nice German Suplex Hold but the elder Aoyagi managed to reverse Omori’s next offensive attempt into the End Game that got the tap out.

After Nextream celebrated their win in the ring and Miyahara was heading to the back, Lee ambushed Miyahara, dragged him back to the ring and hit the Backdrop on him. Lee then poured a bottle of water on Miyahara who was lying prone in the ring. This managed to get a few boos from the crowd. A nice little match that built well to the Triple Crown match, and as we will see later also positioned the Aoyagis for something else. ***¼

I expected some pretty good things from this match and was not let down. Honda was the whipping boy for StrongHearts for the first half of this match, but a hot tag to Iwamoto changed the momentum of the match. Honda and Iwamoto are really beginning to gel together as a regular tag team. Honda managed to kick out of a reverse powerslam but T-Hawk followed that up with the Cerberus running knee for the win. StrongHearts succeed in their V1 defense of the titles. This was a ton of fun. I thought that StrongHearts took a little too much of the match. While Honda and Iwamoto got a few near falls on the champs, they could have gotten a couple more to heighten the drama.

This got me pumped to see both teams in the upcoming Real World Tag League. After the match, Atsuki Aoyagi came to confront StrongHearts and cut a promo. Yuma came out a little later acting like he didn’t realize his brother was setting up a challenge for them but soon looked like he accepted it. That looks to be the next All Asia Tag Title match. ***¾

Ishikawa has cut his hair, ditching the mullet he was growing.

The opening minutes were what you would expect. Some headlocks, some shoulder blocks and some brawling outside the ring. From there, it still took a little while for things to get going. Some more holds were exchanged until Sekimoto started working over Ishikawa’s neck. They really began to pound on each other, though not at the speed they would have done to each other just a few years ago. Sekimoto only got one real near fall with a German Suplex Hold. Ishikawa hit a Fire Thunder Driver that Sekimoto kicked out at one. Kamigoye still managed to only get a two count on Sekimoto. Ishikawa then pulled out his deadliest move in the Giant Slam and that finally put Sekimoto away. Ishikawa succeeds in his V3 defense of the GAORA TV Title.

Despite age, and the wear and tear of wrestling a rough style, these guys can still put together a very good, though not great, match. The stiff striking really helped of course. I’d also quibble a bit with how much of this match Ishikawa took. He never really felt like he was in danger of losing. ***¾

This show drew exactly 300 which is a good number during the pandemic for an All Japan show not in Korakuen Hall.

While there was nothing blow away on this show, it was fun and a breezy watch. It’s also a testament to how well All Japan has cultivated its midcard thanks in big part to the wrestlers they have debuted from their Dojo over the past three years. A midcard as solid as this show had is now a regular feature on All Japan’s smaller shows, while that wouldn’t have been the case even two years ago. It also shows that the roster finally has a little more depth, as Hikaru Sato wasn’t even on the show as he worked the GLEAT UWF show while TAJIRI was in the U.S. for MLW.

Now is a good time to get back into All Japan if you fell off watching after their weak second half of 2020 or haven’t watched it in even longer. 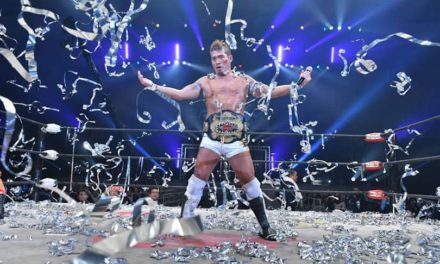