This week on Wrestling Omakase we break down Night 9 of the NJPW G1 Climax from Nagoya and the finals of NOAH’s N-1 Victory from Korakuen Hall!

The Wrestling Omakase Patreon is your best source for coverage of Japanese wrestling, from yesterday and today. The vast majority of our coverage of both the G1 Climax & NOAH N-1 Victory lives exclusively on the Patreon- every previous night of both tournaments that wasn’t covered on a free episode, and every single night of the G1 going forward until the next one, is covered exclusively on the Patreon! Don’t miss out on our daily coverage of both tournaments! Plus, you can listen to every single piece of audio we’ve done since the start- including our Tokyo Dome series covering every single Dome main event of the 1990s! Feeling nostalgic about Okada/Tanahashi after their recent G1 match? Then check out our series covering the entire Okada/Tanahashi match series as well! And finally, don’t forget that you get more full episodes too- every week there isn’t a new show on the free feed, there’s a full length episode exclusive to the Patreon! You can get all of this right now for only $5 at http://patreon.com/wrestlingomakase

John is joined by returning guest Liam McCann (@liam_d_mccann) as they start off with a discussion of sports heartbreak and fandom. This has been brought on by the fact that John is a Toronto Blue Jays fan and they were eliminated from the MLB postseason earlier on Sunday in about the worst way possible, but they touch on other sports too (mainly NHL hockey and Premier League soccer), and the whole discussion is probably pretty universal to the sports fan experience (they even compare it to some of what it’s like to be a fan of a specific wrestler as well!). The conclusion: don’t be a sports fan, do drugs instead, it’s better for you.

Once that’s out of the way the two of them turn to the ongoing NJPW G1 Climax, specifically Night 9 (10/3) from Nagoya. John opens up with a bit of a rant on how different clap crowds can actually make a huge difference, no matter what anyone else has told you, before they get into a very good show with two strong matches at the end as the highlight. Liam disagrees a bit on Ibushi/Shingo and on Kota Ibushi’s current arc in general, so there’s quite a lot on that, but they go into every match in some detail. Then they give a standings update for the A block and look ahead to the next two nights of the G1.

Then it’s on to Pro Wrestling NOAH, as they discuss the final night of their own N-1 Victory tournament, also on 10/3 from Korakuen Hall. John & Liam review the entire show in detail including two great semifinal matches and an absolutely outstanding finals. Plus: confusing talk about age in the old fuck offer six-man! NOSAWA continues to book the juniors like an absolute mad man! And a look ahead to possible matches for January’s big Budokan show, as John somehow forgets that Go Shiozaki exists and should be coming back soon! Look, they had a rough day. 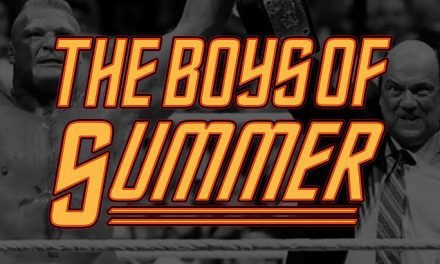 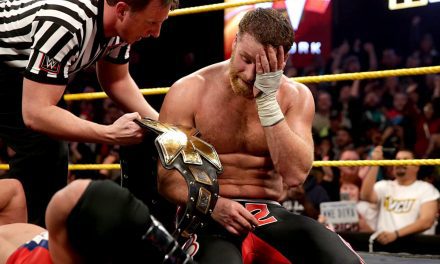 Everything Evolves 15: 2017 Year-in-Review with Joe Lanza

Everything Elite 39: Dynamite Debut Preview, ITV, Wednesday Night Wars and Being the Elite!