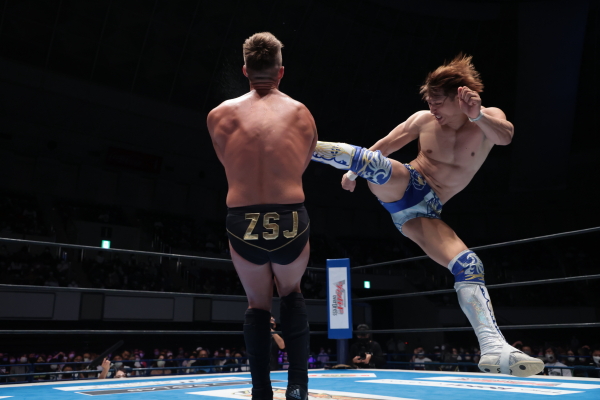 Like the proverbial tree falling in the forest, many in the West seem to be questioning whether New Japan actually exists.  If nobody tweets about it did it happen?  The answer is a resounding yes, and the tournament has gifted us several matches that will feature on MOTY polls.  New Japan is on its way back!

I enjoy having a Young Lion open the show.  It makes sense to give the rookie the rep, and it gives a veteran some wins to be leveraged later on.

That being said, there is a deep irony to Master Wato playing the veteran.  He’s the perpetual learner; his gimmick having the feel of a terrible student who was held back a year in high school.  There was a beautiful patheticness to the way he wrenched a Boston Crab, or the smirk on his face when he hit a heavy shoulder block.

Fujita, while only being required to sell and stage a failed comeback, understood the assignment and excelled.  His expressions are excellent.  His mouth was often agape, forming a muddle of fatigue, determination and pain.

Skippable, but ticked all the boxes it needed to. **½

Tetsuya Naito being out of the tournament is tough.  Initially, it felt like another blow at the worst  possible time.  As the news settled my concern for the man himself started to rise.  He’s not a young man, and he has wrestled hard for his entire career.  Knee problems have been a consistent theme for Naito, and it feels like we’re getting ever closer to the end of a stellar run.

As crass as it might seem, however, his elimination has led to some interesting predicaments, such as how to fill the gap in the card.  The solution is simple, but great.  Everyone in the block gets two points.  That’s unavoidable. But, the G1 is more than simply winning or losing matches.  It’s about being able to endure.  It’s about surviving one of the most grueling journeys in pro wrestling and standing victorious with as many pieces still intact as possible.  Would it be fair to allow this block to skip part of that journey?

No, it wouldn’t.  So everyone waits in line to get the shit kicked out of them by a grumpy old man (Or, almost everybody.  Those who drew BUSHI must be laughing).

Nagata is in an interesting position here.  By definition, that position means he’s almost expired.  It’s an admission that he isn’t on the level of his opponents anymore.  This bled into his work in a wonderfully satisfying way, as he quickly dragged the match into a fantastic forearm exchange.

Shingo clearly understood that anything less than his absolute best would be an insult to a man like Nagata.  The dull thud of the chops he delivered were a clear sign that, champion or not, he wouldn’t dismiss the veteran.

In a wonderful duality, Nagata willed Shingo to fight throughout the match.  He was testing the IWGP champion, but he was testing himself at the same time.  Viscous strikes punctuated that message, and the methodical work gave Shingo time to explore a new respect for the veteran.

There was absolutely no expectation for either wrestler to go as hard as they did, but we certainly benefited.  From the extra snug punches, to the moments of technical brilliance like transitioning a clothesline into an armbar, this was effortless in its execution and brutal in its impact.

The most beautiful moment came perched above the floor, with both men on the top rope battling for supremacy.  It signified a volta in the match, where Nagata seemingly began to believe that he might just be able to defeat the champion and trigger a career resurgence.  He scraped through the final section of the match, dropping bomb after bomb and shrugging off a million forearm strikes.

Nagata fell to the Last of the Dragon.  If his job was to give Shingo a grueling challenge, he certainly succeeded.  ****

Yujiro The Pimp brought Pieter to the ring as a reminder that he is not only a bit rubbish, but he’ll make me feel a bit uncomfortable in the process.  Kevin Kelly can joke about interpretive dance all he wants, but for this critic, a man pimping out a woman will never land.

The problem with Yujiro matches is simple; it’s all linked to his deep, inherent inability to wrestle well.  O-Khan is much maligned in some circles, but putting the two together highlighted the difference between a New Japan talent with upside and those without.

O-Khan changed the way he moved in a subtle, yet realistic way. He wrestled the man who stood across the ring.  I don’t mean physically, but in character.  He was dismissive of the lesser man.  He didn’t take him seriously and showed his contempt with hand waves and blank expressions.

Yujiro wrestled like he was struggling to remember which limb was which, making his control period seem infinite.

O-Khan’s work was good, and Yujiro was slightly more animated than normal but the match had one tone when it needed a crescendo.  **¾

I’m done with Yano.  The only way you, the Yano fan, can enjoy his work is with a sprinkling of irony.  You enjoy the tape, shout ‘BRREEAKK’ with your spiritual king and laugh as he parades his merchandise in front of us like the finale of the Generation Game.

The wacky japester brought a bag of handcuffs and tape which changed nothing other than extending the wait for this to be over.

At one point, Yano was nearly counted out because Tanga Loa pulled his shirt over his head and I found myself wishing for wrestling.  Like a monkey’s paw, the action returned to the ring and Yano showed us that his most impressive move was lying on the mat.

I know he is a needed respite for the workers.  I know he has an amateur background.  I also have to sit through his matches and he stinks.

I’m not telling you anything that happened in this match.  You don’t need to know.  You have a busy life and navigating those stresses and strains is enough of a drain on your mental health..  Yano matches are a needless torture, piled upon the multitude of problems you already have.  As far as you’re concerned, this match didn’t happen and you’re better off that way.  *

Chris Samsa’s excellent statistical preview told me that Ishii was in the perfect position when the bell rang.  He’s not won a match in the tournament yet, and he’s never beaten KENTA.  For many, this would be an impossible obstacle.  Not Ishii.  Nobody personifies the scratching underdog better than him.  He can claw through a match better than anyone, using devastation and defeat to fuel impossible physical feats in a way that I can only dream of.  I think it’s because, as great as he is, it’s not Ishii’s wrestling skill that defines him.  It’s his honour and his dignity.  He’ll never lose that by pinfall, but he will lose it getting pinned too easily.

KENTA understood that, and dominated the early match.  Bell strikes led to calculated and methodical arm work.  The section felt satisfying in a comfortable yet exciting way.  I knew that Ishii was being wound up, and the release would be magnificent.

When it happened, the release was as magnificent as it was painful, with the block-headed Ishii compromising the health of his own arm to lay in strikes and chops.  It’s cliche to praise Ishii’s selling at this point, but he’s the best in the business.

The transition into the closing stretch was one of the best forearm exchanges I’ve seen in a long time.  Ishii was controlled and violent.  KENTA was desperate, fighting back with a big clothesline and a desperate back hand.  The camera work was impeccable and it allowed us to see right into Ishii’s eyes, as his brain numbed and pain was suspended.

Of course, as the match went longer Ishii came into his own and the roles were reversed.  KENTA was on the receiving end of the beatings, and it was his turn to scrape his way into big, desperate comebacks.

The closing stretch was defined by Ishii’s screaming as both men searched for that one move that always works.  Ishii’s downfall came after being slammed into the exposed turnbuckle and a questionable pin.  It was a slightly dissatisfying ending, but losses only serve to fuel Ishii.  His next matches will be brutal. ****

Zack Sabre Jr is one of the best wrestlers in the world.  His tag belt and NJ Cup win hint at a booking respect, but as he bellowed “I’m the bloody main event” as he walked down the ramp, I found myself agreeing.  Not only is he talented in a wonderfully unique way, using a contemporary presentation of a classic British style, he embraces his character in a way few wrestlers do.   His Stewart Lee inspired arrogance is as funny as it is qualified.  He sits in the present, amplifying his arrogance with cognizance of his previous victories.  He always loses strike exchanges but dominates on the mat.  He’s flawless, and a great wrestling mind.

Ibushi, with his recovery from pneumonia and a lackluster championship run, has had a mixed early tournament.  While he might not guarantee a great match at the moment, he can never be discounted.

Zack was confident in the early stages, giving the impression that he was allowing Ibushi to take control voluntarily.  It was only when Ibushi attempted to transition from the mat to strikes that Zack started to panic.  He stupidly engaged in the strike exchange, handing an early dominance to Ibushi, and made it clear that the most intelligent wrestler would win this match.

I loved the pacing of this match.  It was a series of bursts; moments of respite with sudden, brilliant violence.  Both men were competitive throughout in a cyclone, but as the match went on it seemed like Ibushi took control.  They conveyed this in a wonderful tug of war, with Ibushi being a slight step faster each time.

ZSJ was never truly out of the match, but I loved the way they played upon his arrogance.  He kicked at Ibushi, willing him to get back into a strike exchange.  ZSJ’s arrogance clouded his better judgement, and I found myself lamenting the flaws of a wrestler I love.  He is a perfectly constructed character.

Zack continued his perfect pace, bringing in his smooth transitions from move to move later on.  His character has built to the ideal point, as the audience anticipated that final, devastating submission that comes out of nowhere.  This was perhaps best demonstrated by Zack’s nullification of the Kamagoye.  How can you expect to hold Zack’s wrists and have any element of control?

The match was a waiting game for Zack.  He had a deadly submission move in his back pocket and all he needed was for Ibushi to try the Kamagoye.  That’s why ZSJ matches are so satisfying, and that’s why I think he’s one of the best wrestlers in the world.  ****½

As night five passes, perhaps we’ve reached the point where the grind begins.  We’re far enough away from both the excitement of the start and the rush for points at the end that we should probably start cherry-picking our matches.  The top two are well worth your time if you just want to keep up with the tournament matches, but I wouldn’t want to miss Shingo/Nagata.

One thing you shouldn’t skip is Zack’s closing promo.  The building feud with Naito leans perfectly into the injury and is a masterfully drawn picture of top swearing. 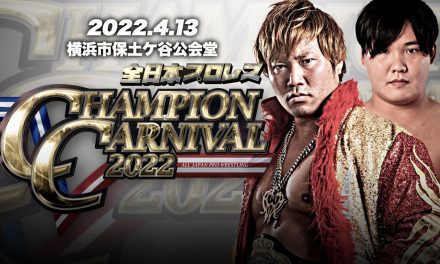 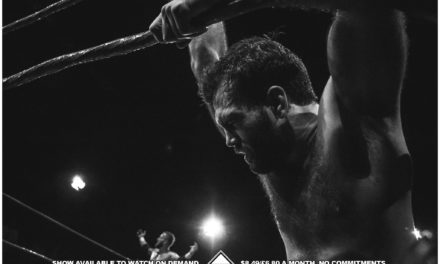