This week on Wrestling Omakase we kick off the NJPW G1 Climax with the opening two nights, along with some bonus coverage of the NOAH N-1 Victory!

The Wrestling Omakase Patreon is your best source for coverage of Japanese wrestling, from yesterday and today. The vast majority of our coverage of both the G1 Climax & NOAH N-1 Victory will live exclusively on the Patreon- every single night of both tournaments from now until our next free episode in two weeks will be covered on the Patreon in detail! Don’t miss out on our daily coverage of both tournaments! Plus, you can listen to every single piece of audio we’ve done since the start- including an extensive G1 preview that can help you pick which nights to watch and which to skip (if you’re looking to do that sort of thing), plus our Tokyo Dome series covering every single Dome main event of the 1990s! Feeling nostalgic about Okada/Tanahashi after their match this past weekend? Then check out our series covering every single Okada/Tanahashi match in history as well! And finally, don’t forget that you get more full episodes too- every week there isn’t a new show on the free feed, there’s a full length episode exclusive to the Patreon! You can get all of this right now for only $5 at http://patreon.com/wrestlingomakase

John is joined by returning guest Harley Duncan. Harley’s under lockdown still in Australia while John recounts their recent trip to western New York to see Niagara Falls and a bunch of other stuff- kind of mean on their part, really! Once that’s out of the way John & Harley review both the opening nights of NJPW’s G1 Climax 31! They talk a little about some of the dumb New Japan takes that have been out there lately (including some folks telling on themselves when it comes to how little they’ve been watching….), while breaking down each and every match so far in detail. It was a great start to the tournament, and they go over all of it, including the “big three” matches of Naito/ZSJ, Ishii/Shingo and Okada/Tanahashi!

Then the two of them turn their attentions to NOAH’s N-1 Victory tournament, specifically Night 2 from the empty arena. John & Harley discuss how difficult it was going from even a clap crowd New Japan show to the fully empty arena of NOAH, and then break down two subpar matches along with two better ones (one that was much better). 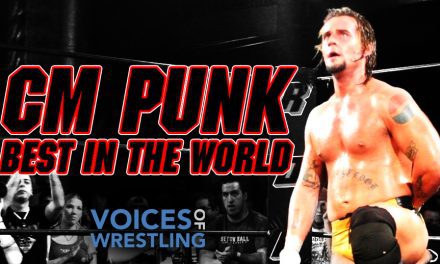