Before we get into the good stuff down the stretch of the 5STAR Grand Prix we have Day 12 in Sendai. Sendai crowds are particularly poor and this show is without a number of Stardom’s top names which could be a recipe for disaster.

Hayashishita’s power met Lady C’s power in a solid opening hoss battle.  Lady C continues to look better with each passing match and she had a good showing here opposite the world champion. Lady C is one of three people in the Stardom undercard currently searching for her first win, at the rate she’s improving she’ll likely be the first to reach this milestone. **1/2

Shirakawa played into Tsukiyama’s strengths in this one by trading really good forearms with Stardom’s newest roster member.  Tsukiyama is a decent talent but giving her more matches like this which let her showcase more of her strengths will be pivotal to ease her nerves. **3/4

This was probably Sakurai’s best match in Stardom and its no surprise it comes against Natsupoi.  Natsupoi has been one of the most consistent parts of Stardom all year and she really carried Sakurai to a good showing here.  There were lots of good forearms from both women and Poi playing a slightly more cocky aggressor was a perfect role for her.  Sakurai also looked more comfortable than usual which helped keep things on the rails. ***

Iroha seemed much more interested in getting a good match out of Ruaka than most people have in this GP but it was still a fairly standard match.  As I’ve mentioned before Ruaka has been slotted in as something of a night off as her matches are always lower on the card and don’t go too long, I’m sure Iroha was happy to have such an easy outing. Iroha won with a sleeper which she hasn’t used in this tournament before so we may see her put some others to sleep later in the block. ***

I expected this to be a good match since Watanabe and Koguma are two of my favorites in Stardom.  They lived up to that bar in this really well-done sprint.  This was all killer with no filler as Watanabe and Koguma went in for the win right from the word go. ***1/2

AZM is generally the underdog in her big matches but this time around she was on the offense and dominated the early going.  Nakano eventually fired up and went through her usual finishing stretch.  AZM’s 2 points is a surprisingly small total for her but she has time to make up ground. ***1/4

I fully expected this one to go to a draw after Sayaka took Syuri to the 20-minute mark in a recent SWA Championship match but I’m pleasantly surprised that they let Syuri get her win here.  The match was fantastic to boot and is one of Sayaka’s best since joining Stardom, similar to her opening day effort against Nakano we saw Sayaka play the fiery underdog who was fighting from underneath and she was great at that here.  Syuri for her part is an amazing person to play the dominant figure as she ruthlessly kicked and stretched Sayaka while shaking off most of Sayaka’s strikes.  While Syuri did get the win there was a lot of shine put on Sayaka throughout this match and she can walk away with her head held high despite the defeat. ***1/2

Ever since the first time, these two wrestled their chemistry has been undeniable.  In that time Maika and Saya have emerged as generational rivals, two members of Stardom’s self-titled “golden generation” with polar opposite in-ring styles.  This match was just the latest chapter in the rivalry between Saya and Maika and the progress that both women have made since their last singles match was on full display.  Saya’s passionate aerial assault plays off of Maika’s cool, calm power-technician offense making for a very fun match.

The finish to this one came out of nowhere with Kamitani getting a hurricanrana into a roll-up for the win.  This finish protects Maika and was honestly a very surprising finish as it felt like they had a lot more left in them. ***1/4

I wasn’t expecting too much from this show as it really felt like a small stop in the GP and I figured most of the roster would be saving themselves for Korakuen Hall but I was pleasantly surprised at how many good matches we got.  Momo vs Koguma and Syuri vs Sayaka stand out as the top two matches of the show although the main event was a fun time for anyone that’s invested in the Maika vs Saya rivalry. 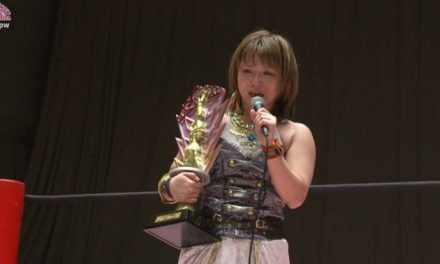 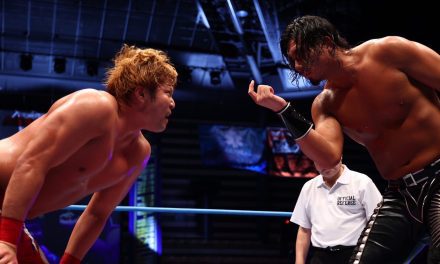 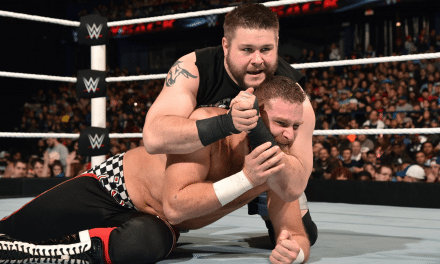