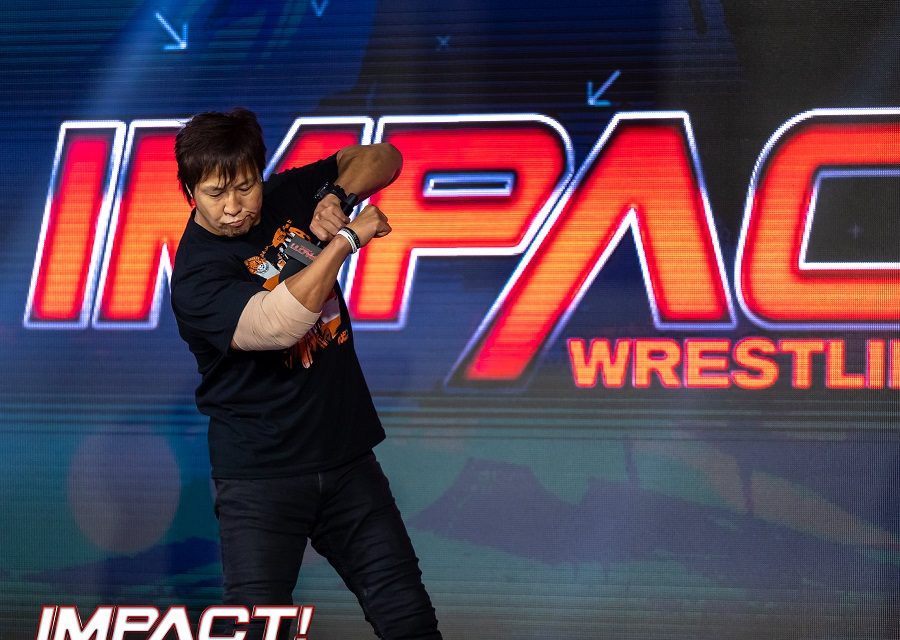 There has been a revolution in the world of professional wrestling in the past two years. With the birth of All Elite Wrestling from the twisted minds of former WWE midcarder Cody Rhodes, Japanese legends in the making The Young Bucks and Kenny Omega and the deep pockets of Jacksonville Jaguars and Fulham F.C. co-owner Tony Khan. It is next to impossible to say that AEW has not established themselves as real competition for WWE since its inception.

With deep and lasting stories and some of the best professional wrestling of the modern era, they have clearly carved out a niche for themselves in this world that we all love so much. But there was always a question looming over the promotion in the early days. All four EVPs had careers in Japan at the top of the largest wrestling company in the world (aside from WWE) and were all members of the most popular faction in the company’s nearly 50-year history. But their break up with the company was messy and New Japan doesn’t forgive easily.

So it was truly shocking when on the October 7 episode of Dynamite—which served as a celebration of Chris Jericho’s 30-year in-ring career—one other than the Ace of New Japan, Hiroshi Tanahashi,  appeared on screen to wish him well. This left fans understandably stunned and immediately started the rumor mill running. Did this mean that New Japan and AEW had a working relationship.

Had all been forgiven?

Would we see Tanahashi in an AEW ring?

Some fans had a different question. A more interesting question, at least in my mind: what did this mean for Impact Wrestling?

Impact Wrestling and New Japan had a working relationship through much of the early 2000s until a few booking decisions were made by Impact without properly consulting the booker and leadership at NJPW. Leading to one of the greatest Japanese-born wrestlers Kazuchika Okada to be treated as little more than a joke. An enhancement talent, before being recalled to Japan to debut for the promotion. His excursion had come to an end and with it had ended IMPACT’s chances of ever being in the good graces of NJPW brass ever again.

Or so we thought.

A New World Order for NJPW and Impact

Many years have passed since the Dixie Carter era of Impact wrestling and any fan who has been paying attention will tell you that a lot has changed. Even if the homegrown feel remains the same. For one, the X Division, long considered a secret gem of the then TNA roster has been thrust fully in the limelight in recent years. The women’s division is still called the Knockouts, yes. But they also routinely have the best matches on any card they find themselves featured within and have main evented major PPVs several times.

Perhaps the biggest change, however,  since the Carter years first took place just before Slammiversary 2021 when Jay White, current NJPW star and leader of the aforementioned Bullet Club showed up on the program. AEW had entered into a working relationship with both NJPW and Impact Wrestling, where Kenny Omega was the Impact World Champion for a time before losing his title to former Impact star and current AEW wrestler Christian.

In working with both companies All Elite Wrestling, whether intentionally or not, had healed a wound that many wrestling fans thought would never be allowed to close.

New Japan and Impact Wrestling were working together, for the first time in nearly 10 years. Now all Impact had to do is not screw it up.

They haven’t of course, with new ownership comes new management with a renewed respect for Japanese wrestling and all the traditions that lie within. Several New Japan stars have made the trip to Nashville to work with Impact over the last year and there has been little to no word of any issues arising from within.

The only point of contention that we have been given insight into is an issue between AEW talent and Impact Wrestling was a rumored refusal to work on the show from Sammy Guevara.

Not only has Impact not screwed up yet. They’ve done quite the opposite. Blending both the AEW and New Japan rosters into their already impressive roster. Leading to a huge spike in interest online. Culminating in a huge PPV event Slammiversary which saw AEW and Impact Wrestling Champion Kenny Omega defend his title successfully against Impact talent Sami Callihan in an AEW ring. While FITE does not publicly release PPV numbers. Impact Wrestling and FITE both publicly expressed how impressive the numbers were.

It doesn’t just end at their bigger pay-per-view events either. The door has been blasted all the way open on their Impact+ exclusive events as well.

In a time where we all watched All Out with bated breath waiting and watching, hoping to see a glimmer of a New Japan star appear on the screen and call someone out. We got our wish on Impact weeks before when Satoshi Kojima, the leader of Bread Club and two-time IWGP Heavyweight champion,  faced off against a former AJPW grand slam champion Joe Doering. Whom he had legendary battles with before in the promotion at their Against All Odds show.

It’s this match, as well as the brief visits from El Phantasmo and Jay White that put Impact Wrestling “in the lead” as it were during the forbidden door era.

New Japan Pro Wrestling’s willingness to allow Impact talent onto their programming—Drama King Matt currently wrestles for Impact and was on the commentary desk for NJPW Resurgence and Dashing Chris Bey joined the BULLET CLUB on a taping of Impact Wrestling—proving that not only has Impact Wrestling survived the forbidden door era. They have thrived in it. 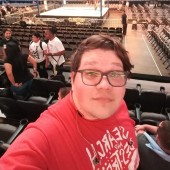 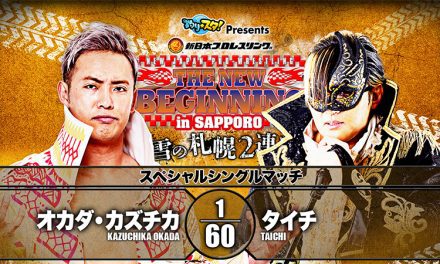 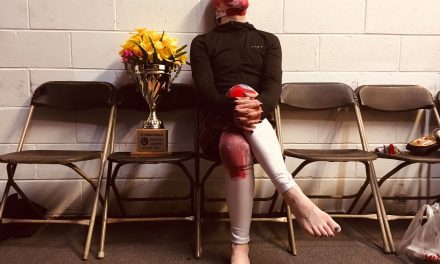 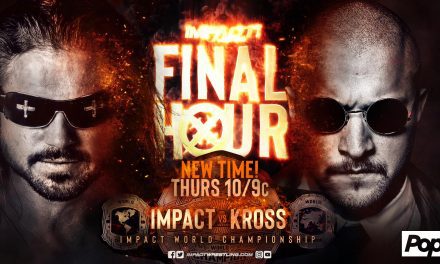