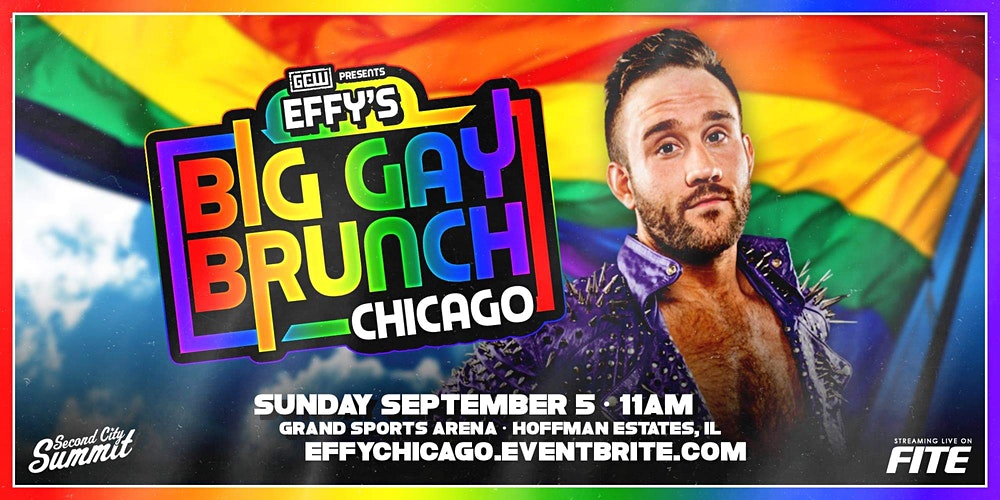 It was the day I reached the one-year milestone on my HRT treatments. It was a celebratory and emotional day. I may have gotten a little drunk and constantly asked my friends if I was pretty (the consensus was yes).

It felt good not just celebrating myself, but celebrating how freeing and open I felt being myself. Embracing and reveling in my Trans and Bi Pride was something that uplifted me, gave me life, and brought warmth into my heart. It was an incredible feeling, one I want to do my best to stretch out for the rest of my life. I take pride in who I am, and who I’ve become, and every instance I get a chance to embrace, cherish, celebrate, and expand on that is a chance I want to not just take, but dive headfirst into.

This is why when Effy’s Big Gay Brunch Chicago was announced for September 5, 2021, I knew one very important detail about myself. I was going to go. There was no I’ll try to go, there was no I might go, or I’ll consider going, or I think I’ll go. I NEEDED to go. I needed this event. This event takes place within my favorite thing in the world of pro-wrestling. A pro-wrestling celebration of LGBTQIA+ freedom, creativity, expression, identity, wrestling. I wanted it, I needed it all, and after missing the first two iterations I was finally going to achieve it. I’m going to be front row for Effy’s Big Gay Brunch Chicago and to some extent, this might be the show I’m looking forward to the most. I am absolutely giddy about it.

GCW’s Art of War Games is going to be chaotic, insane, bloody, and I’ll have a blast. ALL OUT, I’ll meet fellow VOW contributors and get to see CM Punk return. No doubt I’ll be in a crying shamble at ALL OUT. But Big Gay Brunch Chicago? That’s the one that hits my heart. That’s the one that means the most significance to me. To be in an audience full of LGBTQIA+ fans taking part in watching LGBTQIIA+ wrestlers participate in all their glory, it’s going to be wonderful.

Effy works hard and is sincere in his efforts to put together a collection of diverse and intriguing talents for these shows, and needless to say the LGTBQIA+ sphere is full of them. Perhaps though, no match is bigger than the returning Jake Atlas coming back to face Effy in the main event. It had been teased and hinted at, but once it was fully announced a tinge of excitement went up to my arms and into my head. No doubt Atlas versus Effy is going to be one hell of an affair and a worthy main event for this event.

It’s not just the main event though. You got excellent Ashton Starr and Devon Monroe getting a chance to showcase what they can do against each other. You got the Second Gear Crew putting their titles against MV Young and Billy Dixon in a match where anything can go, and definitely will. You got Edith Surreal (who means a lot to me as a performer) coming back from several months of injury to go up against Veda Scott in a first-time match that is sure to be an entertaining affair filled with wrestling and personality. You got Allie Kat versus Dark Sheik (who is fastly becoming one of my favorites), Jordan Blade versus Parrow, and more and more and more. A wonderful and fantastic mixture of talent of various styles, lives, identities, preferences, and personalities. I love every single bit of it and I promise so will you!

This is going to be a fun late morning/early afternoon show. They always are. It’ll be a fine bit of brunch of sink y0ur teeth into before ALL OUT. I need to be clear about something with all that said.  You don’t, let me stress this a bit more, DON’T have to be LGBTQIA+ to enjoy this show. You can purchase, sit back and relax as these LGBTQIA+ prove what they SHOULDN’T HAVE TO PROVE. That is the reality they can wrestle and entertain with the best of them. They got the talent, the creativity, the fighting spirit, and the motivation to put on matches, events, moments that mean a lot, you can feel, and it is one hell of a rocking time. I am so glad this show exists. It gives me such comfort that such a strong community has been built within the pro-wrestling fandom. It’s not just this show though. It’s Butch versus Gore, it’s Paris is Bumping, it’s the PolyAm events. All these shows are by LGBTQIA+ using LGBTQIA+ talent to give LGBTQIA+ fans a treat, but non-LGBTQIA+ can tune, show up and have one hell of a time as well. Wrestling is for everyone, but too many people will take the time out of there to try to explain why it shouldn’t be for everyone. Screw you, fuck that, we going to be inclusive as all hell. Do you think it’s going to end with these shows? It’s going to continue to expand, increase, adapt, overcome.

Pro wrestling isn’t where it needs to be when it comes to terms with LGBTQIA+ talent, but it’s definitely improved. Spaces haven’t been given, we’ve broken the door down and barged in ourselves. LGBTQIA+ talent is more and more fighting, speaking out, demanding to be heard, seen. Effy’s Big Gay Brunch Chicago is an important and momentous show. A show to be enjoyed, cherished, celebrated. One could potentially make an argument I’m overhyping this show, putting too much show emphasis and emotion into it. Let me tell you a story to sum it all up for why this show means so much to me.

In 2019, I went to my last wrestling show before the world went to shit. I went to the debut of AEW Dynamite. One of the matches I went to was Nyla Rose versus Riho for the AEW Women’s Championship. As someone who had just come out as a Transgender Woman to her friends and some family seeing Nyla Rose in such a prominent position on such an important show put a smile on my face. I know she’s not everyone’s favorite, but it was a big deal for me. I had a wonderful time. I had an excellent time, BUT, sitting in the middle of what some will tell you is the most tolerant crowd in wrestling (That can be debated of course) this is a summary of things I heard around me.

“It’s a man in the women division.”

Bullshit. Nyla Rose is a woman, no debate about it, but from several directions, several sections and rows that is pretty much what I heard, in various forms and structures of course. Some are more “creative” than others. As someone who was a baby Trans it almost caused me to sink back in my seat. It made me wonder as I started to embrace and be myself more and more, would this be my future going in? Was this how I would be received by fans at wrestling shows? Or, would it actually be worse?

I must admit that fear tinges in the back of my mind. I have been told personally by GCW fans how welcoming they are. I know at ALL OUT I’ll be around my contributors and I have it on good faith they will treat me as the woman I am, but I still have that fear about bumping into strangers. Maybe it’s a foolish feeling, but the unknown wrecks you.

I don’t have that fear with Effy’s Big Gay Brunch Chicago.

I know I’ll be welcomed, loved, celebrated. I will be in the front row screaming, cheering, crying, and yes maybe a bit of thirsting my heart out for some of my favorite performers getting a platform to showcase what the hell they can do, and I’m going to be there for it! I’m going to be surrounded by others in the LGBTQIA+ community, and I’m going to meet, greet, and embrace as many as I possibly can. I’m Bisexual, I’m Transgender, I’m proud of both, and I’m going to the biggest, gayest brunch I could possibly choose to go to within pro wrestling.

Come with me and grab a plate yourself why don’t you? I promise you won’t be disappointed! 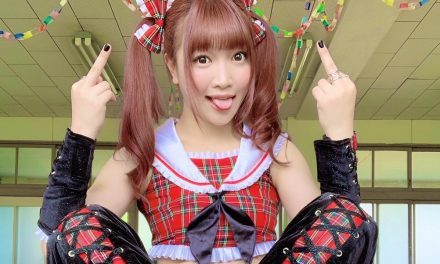 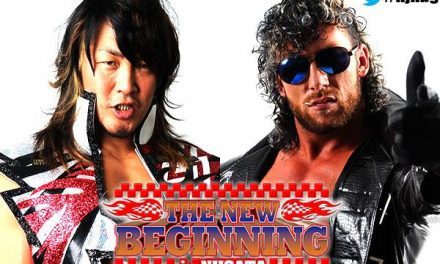 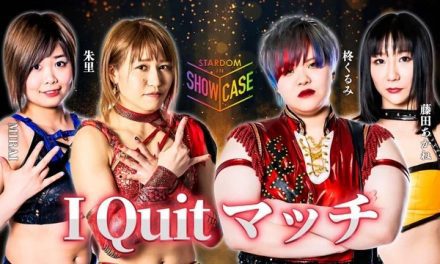