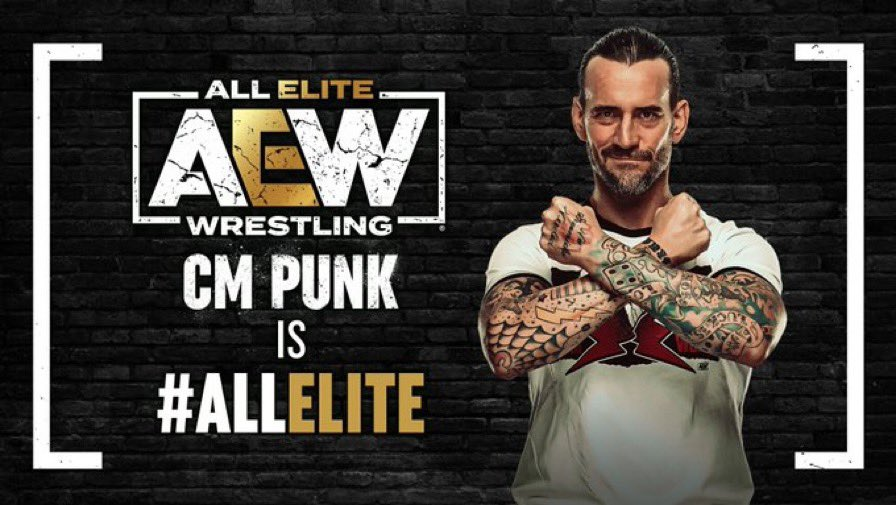 In his words, for the first time since 2005 CM Punk is once again a professional wrestler.

These are surreal words that I cannot believe I’m typing.

In 2011, if there was one wrestler who kept me involved in, and made me want to cover the sport, it was CM Punk. His reemergence in AEW feels like the road the pipe bomb was supposed to take us to but never quite did. As he departed the sport, he left a sizable hole that was only filled with the temporary ascension of Bryan Danielson to the Top of WWE, and the emergence of The Elite within BULLET CLUB of New Japan Pro Wrestling and Ring of Honor. If reports hold, with all three set to converge in AEW, we’re headed for a special time that could have only come alive in Fire Pro Wrestling or something until now.

Punk is a special performer that weirdly some people don’t understand. He wasn’t the most athletic, or technically gifted so one look at him could bring confusion to the layperson. WWE is really great at airbrushing history or framing things in a way to make you forget someone. Punk was very much a time and place act.

He built a connection with fans that endured for seven long years, and his name became a symbol, or rallying cry to chant at WWE events when things flat sucked or needed to be protested against. Comically, it felt like calling for The Sandman at the Apollo Theater when someone was stinking up the stage. That phenomenon was one of the only ways fans had to keep Punk’s name alive as WWE moved further away from the “Reality Era” he defined from 2011-2013.

His ultimate story became being the guy the loudest fans loved, but the company would never quite make #1, due to his look, his size, and even his demeanor. John Cena vs. The Rock was getting booked twice, and no matter how many classic matches he had and all-time promos CM Punk cut, WWE would never let him reach his desired destination of the main event of Wrestlemania. Before WWE was booking Roman Reigns into enough of them in a row to count on your hand, Punk was competing for real estate that was impossible to ever buy from Vince McMahon.

For the people fired up about his return, he was always great enough to be on top of the mountain. You’ll hear people bring up him winning a bunch of championships throughout his career to say how he was rewarded, and hang his 434-day reign with the WWE Championship over your head like a chandelier, but that’s why context matters. A title never made Punk a star, his verbal ability did. His matches did. His personality once unleashed at the top did. This is a man that was in GQ magazine, and getting Bill Simmons interviews within weeks of The Pipebomb when that was NOT something ESPN did at the time.

What gripped people about Punk was his real-life mission to be the top star, above the championship, in defiance of WWE’s plans. Punk became the avatar for those that wished WWE would live in the moment, rather than the past. On PPV nights, he used to often get a first-hand look at wearing the belt in the middle of the show while absurd matches like John Cena vs John Laurinaitis were closing. Whenever there was a part-timer that needed a win and a great match, in 2013 CM Punk delivered in spades, and then was on Raw the next day. He eventually succumbed to injuries, creative frustration, and massive burnout in search of a goal that he thought defined him.

We’ve heard the famous podcast that eventually led to litigation, seen his fallout with Colt Cabana, watched him fail in UFC for being too slow, too old, and too late, but Punk loomed in the shadows of the sport as the greatest “What If?” Every time All Out, or even far back as ALL IN, the thought of a Punk return in Chicago was a greater Temptation than David Ruffin himself. August 20, 2021, was absolutely historic in nature, and even though he’s never been in this place (AEW) CM Punk has undoubtedly come home.

Punk filled grown men’s eyes with tears and spoke with a tone that was as appreciative as it was reflective while somehow firing up everyone in the arena and watching on television. He subtly stuck it to WWE and debuted new merch at the same like a real worker should. Punk slides into AEW like a glove and will be a massive superstar drawing tons of money in the process. He will be part of the team that breaks AEW into Football stadiums. Roman Reigns said CM Punk wasn’t as over as he thought he was. The United Center disagreed.

These were his fans, on his night. A United Center sell-out that happened in minutes was only a piece of the puzzle. AEW smartly wrapped him in Michael Jordan symbolism, putting out a press release similar to MJ’s from 1995. The buzz has been insane the entire week, as he ended up in Roman Reigns interview with Ariel Helwani almost by force. The landscape in AEW Punk is walking into is overflowing with young wrestlers who followed his Blueprint. It’s almost as if he returned to a country after exile to find it rebuilt from his prophecy. His first opponent Darby Allin couldn’t be a better example of the future Punk was looking for.

The only question is, will CM Punk come back wearing the 45? I look forward to finding out. 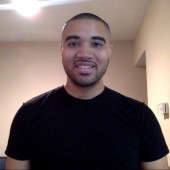 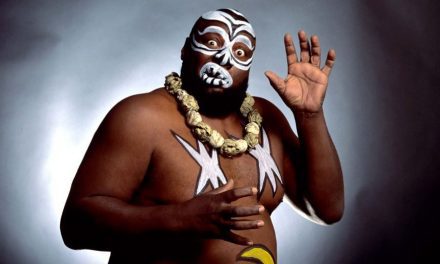 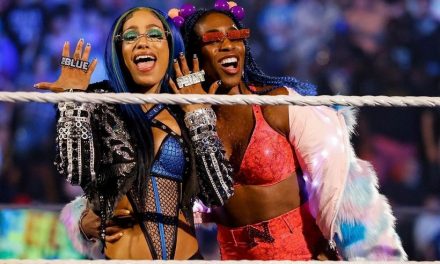 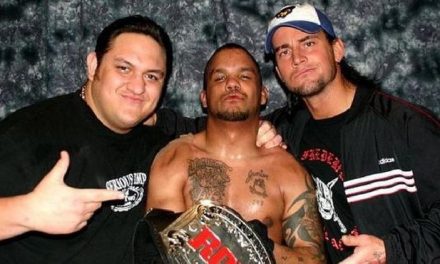 Welcome To Ring of Homicide