After the action-packed first two days of tournament action at the Yokohama Budokan Stardom heads to the Edion Osaka Arena Number 2 for more Grand Prix goodness.  This time around we have a handful of non-tournament matches to balance out the cards but with Syuri vs AZM in the main event spot, this show is sure to be worth the watch.  Let’s dive right into the action

This was a pretty standard three-way opener that offered up no surprises.  Shirakawa pinned Hina with her new Glamorous Collection MINA rollup finisher to continue establishing the move. ***

This was a much better match than I was expecting, both teams worked pretty well together and Konami’s exchanges with Watanabe were a highlight.  Rina’s performance really stood out too, at just 14 she is already in a position where she can easily keep up with pushed acts in tag matches like this.  Kamitani pinned Rina to get the win make up for her 0-2 start to the tournament. ***1/4

This was an excellent sprint to cap off the non-tournament portion of the card.  It was all action right from the start and kept up a great pace and intensity throughout.  Lady C’s search for a win continues after she took the pinfall at the hands of Koguma. ***1/2

This had a strong babyface vs heel dynamic with Ruaka willingly taking advantage of Nakano’s injured arm and using outside help from Oedo Tai.  Nakano didn’t play up the injury as much as she has in previous matches so this was quick to get going and once it did they had a fun match.  Ruaka is young but she’s already got some grit to her performance that worked well with Nakano’s usual stiffness.  Nakano winning clean was somewhat surprising as I expected Ruaka to get DQ’d all tournament but it’s nice to see them go in a different direction. ***1/4

Giulia’s tournament is not off to the best start as she is now 1-2 in the tournament.  For those unaware, Kashima was actually the first person in Stardom to pin Giulia.  She used her Revival finisher to get a roll-up win over Giulia in the lead-up to the 2020 edition of the Grand Prix.  That same finisher got her the win in this one as she once again used her deadly roll-up finisher to pull off the upset. The match itself was decent, Kashima working over Giulia’s hair, yes her hair, was an interesting route to go but ultimately this never reached second gear. ***

This was honestly kind of boring.  A promotion’s world champion taking on an underdog like Sayaka usually leads to an interesting match but Sayaka vs Hayashishita wasn’t that at all.  They never really played around with the idea that Sayaka was the lesser of the two and instead just had her go mostly 50/50 with the world champion.

Hayashishita has been a killer all year but it really seemed like she was working down to Sayaka here as she brought nothing to the table. The work itself was fine and the result was predictable but this made no impression on me. ***

Excellent main event performance here from both women.  AZM and Syuri have been delivering fantastic performances for months now and they were no different here.  The way Syuri’s technical prowess played off of AZM’s high-speed nature was really well done, and anytime Syuri did get her hands on AZM she proceeded to kick the daylights out of her. The result is interesting as this is the second year in a row that AZM has beaten Syuri in the GP, that is definitely an interesting wrinkle to keep an eye on as time goes on. ****1/4

Day 3 was another fun day of Grand Prix action, outside of the odd slip up this tournament is delivering big time and it’s only set to get better as Himeka and Takumi Iroha have yet to join the fray.  If you’re short on time then AZM vs Syuri is the only essential match from this show but the STARS vs DDM and Lady C tag match is worth checking out if you can spare 10 minutes. 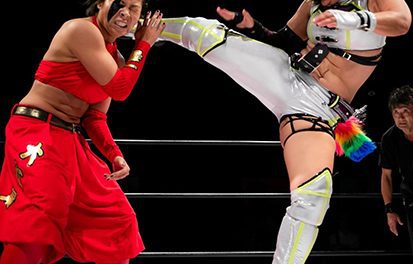 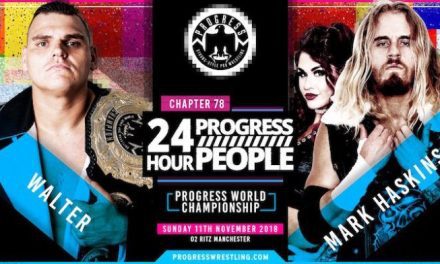