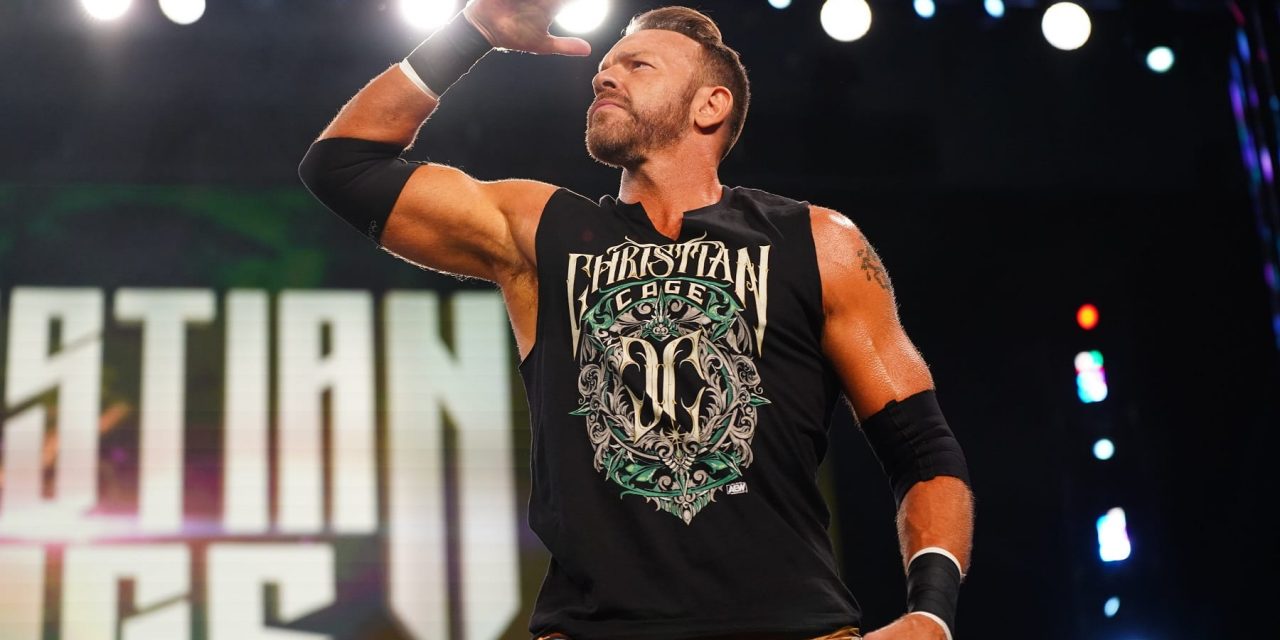 On August 11’s Dynamite, it was confirmed that Kenny Omega’s challenger for the AEW World Championship at the upcoming pay-per-view All Out was going to be Christian Cage. This has generated a mixed response at best, which was best exemplified by how the Pittsburgh crowd reacted to the announcement: they cheered Christian as he went to the ring. When Cage announced on the mic that he would be Omega’s challenger, the crowd turned on him and started chanting for CM Punk and Daniel Bryan, workers who aren’t even officially in the company yet.

Despite all of this, Christian is obviously the most logical next big opponent for Omega and is going to be absolutely solid in the role of challenger. I have five reasons why Christian Cage is the perfect opponent for Kenny Omega at All Out given the circumstances of the promotion.

It’s too soon for Hangman Page to take the title off of Omega.

There’s more left to be told in the Page story; him winning a ten-man tag match on July 28 to set up ending this storyline on September 5 would have shifted it into a higher gear than the rest of the story, and would have rushed the conclusion of what has been a nearly three-year-long arc for Page’s character.

Since the launch of AEW, the protagonist of the company has arguably been Adam Page, and the “will Page win the big one?” story has been teased since the very first main event the company ever put on. Having his storyline end with him essentially shifting in about a month from “I don’t believe to myself” to “I guess I am really good, thanks Dark Order friends” doesn’t fit the narrative they’ve been working on. Yee Haw Man will be just find taking the belt in September at Grand Slam or November at Full Gear, and they’ll be able to better build a final climax of Page finding self-confidence and what’s important to him as he takes down his former friends turned bullies.

AEW is also in a position where they don’t need a big draw for this show beyond the wink winks towards Punk showing up. The house is already sold out and the company’s already got big momentum going.

The alternatives for Omega’s challenger beyond Cage and Page make far less sense in storyline.

Chris Jericho is solidly tied up with the presumed conclusion of his storyline with MJF. Cody Rhodes was murdered by Malakai Black. Jon Moxley has already had his storyline with Omega, and going back to him would be a backward step. Eddie Kingston has similarly had his chances at the belt and is too tightly tied to Moxley right now to make that feel unique.

Lance Archer is so heavily involved in the IWGP United States championship picture right now that he would similarly only muddy the waters of the main storyline of AEW. Similarly, Brian Cage is 100% at war with Team Taz and shouldn’t be focused elsewhere. Pac and Orange Cassidy have both fallen away from the title scene over the past few weeks, and Pac already has the match with Andrade announced.

Darby Allin is clearly an option, but his promo a couple of weeks might as well have been held under a blinking neon sign that read, “This guy’s challenging you, CM Punk.” Having Omega face Punk in the first big match the latter’s had in years would present a booking quandary that would be a total catch-22 – either you disrupt the Omega-Page storyline, you take the wind out of the sails of Punk’s much-awaited return, or you give the fans a flat non-finish that will send them home angry.

Cage has been positioned as a guy to put over Omega since day one, and it’s time to cash that in.

Christian Cage has obviously been built up to a major contender for Omega since he debuted in the company in March. It’s been a fairly slow process, but they have been consistent in positioning him as a potential world champion. He’s beaten everyone he’s faced, and done so strongly. His only “loss” came as the last person eliminated in a battle royale to give Jungle Boy a title shot. Short of Adam Page, his build has him best positioned for a title shot of anyone else on the AEW roster. By finishing this storyline off with Cage presumedly losing to Omega, it’ll be finished off and will set up the completion of the Adam Page storyline as the next big AEW World Championship match.

It will be a great match.

Christian Cage’s match with Kenny Omega will be much better than any other AEW match Cage has had so far. During the build to Christian’s challenge, he’s exclusively faced guys who aren’t as good as him in AEW’s kayfabe. The most serious challenge he’s had was from Matt Hardy, who is more manager than wrestler at this point in this career, but it served as a nice wrap up to a mini-feud building off two decades of history between the two.

There are also not many people better than Kenny Omega in-ring in the world, and the list of Christian’s challengers is clearly not approaching the level of Omega as workers. There’s absolutely nothing wrong with the workers Cage has faced, but none of them are scratching that top tier level of wrestler that Kenny Omega is in.

The Cage vs. Omega match will be, at a minimum, very good, and will almost certainly go down as an excellent match. It also helps in that it will present a different kind of match than the others Omega has had. It won’t be a bloodbath or wild brawl and it won’t be filled with high spots. It’s going to be a fairly methodically paced technical match that will peak at exactly the right time and will have multiple great false finishes. This will be unique for Omega’s title run, and the end result is going to be a very exciting match.

Christian Cage is perfectly positioned as a transitional challenger to Kenny Omega. Omega absolutely does not need to lose the belt before he faces Pace. Christian can lose a big title match and would be just fine a step down into the midcard, where he could fare even better than he currently is. This match will be the step that accomplishes these goals. Doing it at All Out will help storylines proceed to set up an even bigger climax.