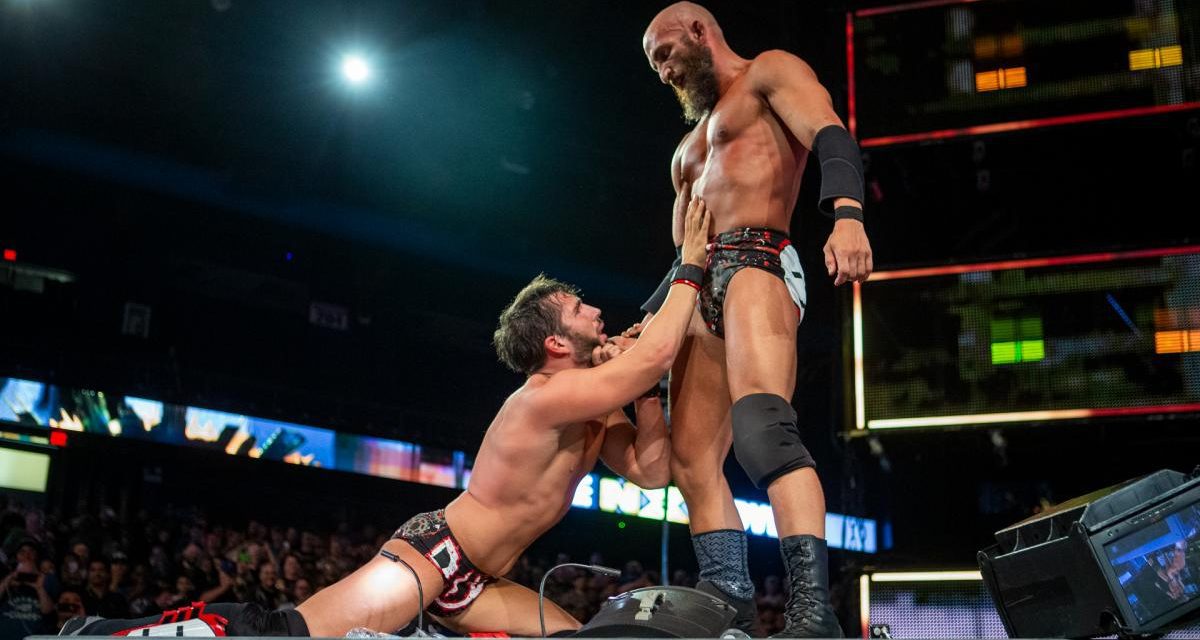 NXT should have been WWE’s masterstroke. For a long time, people simplified wrestling fans into two broad groups. Mainstream fans, who were content simply watching WWE’s primary output like RAW and SmackDown and hardcore fans, who were willing to dig deeper to engage with independent and international wrestling.

At a time when frustration and resentment at WWE’s inability to create new stars was creating a larger group of people looking for alternatives and as TNA entered decline, many would look to a thriving NJPW but WWE had another option for them: NXT.

NXT was the perfect creation for WWE to own the market on both ends. The mainstream audience more used to the spectacle of it all could watch RAW and SmackDown while the hardcore fans who wanted juicer stories and better wrestling could watch NXT. As the NXT that we knew at its peak began to take form in 2014, TNA was no longer a viable long term option for talent—it would spend most of the next three years in free-fall—while ROH wasn’t offering the kind of deals that would attract the best indie wrestlers to stay long term. That left NXT a deep well of incredible talent to draw from. A well made even deeper by WWE’s own prior reluctance to draw from it—WWE had long considered the “indie style” to be below what they do. WWE actively discouraged wrestlers from working like they did on the indies, teaching them the WWE way instead. It seems unfathomable now in an era where companies are racing to lock down the top promising talent that a wrestler like Kevin Owens would go 14 years into his career without a major contract, but that was the lay of the land in 2014.

So Triple H’s pet project—in response to the early standout matches on Arrival and the first TakeOver—set out to create WWE’s first workrate brand. Over the next few years, backed by WWE’s unmatched financial strength, NXT recruited many of the top wrestlers in the world. Taking the likes of Bobby Roode and Samoa Joe from TNA, Shinsuke Nakamura and Finn Balor from New Japan, and Kevin Owens from ROH to complement elite performers like Sami Zayn and Neville already there. NXT had built a roster of some of the best and hottest wrestlers on the planet and plugged them into the easiest and most satisfying to tell story in all of wrestling: the chase for the belt.

Over and over fans got to see wrestlers they never thought would make it in WWE get immensely satisfying moments winning the big one in NXT.

NXT never had to deal with the most difficult issue when booking wrestling: how do you keep your big stars hot and relevant when you’re pushing other people? NXT never had to answer that difficult “What’s next?” question. They never had to find new things for Neville or Zayn or Owens because they would be called up to the main roster and replaced by world-class talent like Nakamura, Balor, Roode and Joe. Rinse and repeat as Johnny Gargano, Tommaso Ciampa, Andrade Almas, Aleister Black, Ricochet, Adam Cole, Drew McIntyre and so many others were hired. None of these people needed “development”—Bobby Roode had worked for 11 years on US television before walking through the doors of the WWE Performance Center—but that didn’t matter anymore. They slapped them all on the “Success Stories of the WWE Performance Center” section of the website and called it a win.

For five years NXT ran that assembly line from BOLA hype to NXT Champion with remarkable efficiency. They built a Women’s division around Charlotte, Bayley, Becky, and Sasha Banks that delivered so well and so consistently that it finally shamed WWE proper into taking women’s wrestling seriously. Sasha vs. Bayley will nearly certainly go down as one of the most influential rivalries in wrestling history, it’d be amazing if dozens of wrestlers in the future don’t cite those matches as an inspiration for getting into the business. They then continued to maintain that division with the same aggressive recruitment that fueled the men’s side of things. Even the tag team division – which was something of a punchline in the early days of the Takeover era with many an Ascension match – soared into life with genre-defining matches featuring DIY, The Revival and American Alpha.

And all ran smoothly until NXT ran into a bit of a problem in 2019—that deep well of talent was beginning to run dry.

You see NXT’s record of actually developing talent and creating new stars that weren’t already well known on the indies was pretty spotty. Names like Tyler Breeze, Bo Dallas and Velveteen Dream were never the ones particularly on the tip of people’s tongues following a TakeOver. NXT had become a super indie—a damn good one too—but what happens to a super indie when other companies don’t help develop new talent? WWE had recruited faster than wrestling could produce replacements and increasingly had to recruit wrestlers younger and younger before they had truly broken out and gained recognition on the indies. NXT couldn’t do the same road to the top story as fast anymore because the audience didn’t have the same buy-in for Bronson Reed or Damian Priest or Cameron Grimes as they did for Kevin Owens and Shinsuke Nakamura. Top stars like Gargano, Ciampa and Cole were also hanging around much longer than top NXT stars used to—NXT needed star power more than ever to compete with AEW head to head so the big stars stayed, and they got stale. Suddenly NXT actually had to answer that “What’s next?” question and had no idea what to do.

They couldn’t develop top acts fast enough (and the ones they did were called up immediately after like Keith Lee), people like Ricochet and Matt Riddle were called up before NXT could even pull the trigger on them while NXT’s go-to’s Gargano, Cole and Ciampa were doing the same old thing to diminishing returns. When the chips were down and NXT had to rely on themselves alone to create stars, they failed.

But ultimately that’s not why NXT has failed in the eyes of WWE and, more importantly, Vince McMahon. That failure stems from NXT’s increasing neglect of its primary role: developmental. NXT —no matter how memorable the stories were, no matter how good the matches were and no matter how great a job it did at getting people over—was not producing wrestlers for WWE television. WWE TV requires a very particular (sometimes bizarre) set of skills that NXT was openly neglecting. The core identity of NXT at its peak couldn’t have been further from the core identity of WWE. NXT didn’t recruit the kind of wrestlers WWE wanted nor did it prepare the wrestlers it did recruit for what they would need to thrive on the WWE main roster.

That friction, that lack of cohesion between the brands was always going to create issues because despite what NXT was presenting, nothing has changed about how WWE views that indie style. They detest it. Their roster is full top to bottom with wrestlers that thrive producing great wrestling shows and Vince McMahon hates it. He clearly has zero faith in the vast majority of the wrestlers Triple H has sent him over the last seven years. You can see that in how Vince books them. He tries for three weeks whether it’s with Ricochet or Andrade or Aleister Black and then he gives up because he doesn’t see them as stars.

This reckoning was always coming, it was inevitable.

NXT was never built to serve WWE, it was built as Triple H’s playground. And to Triple H’s credit—he handed Vince dozens of ready-made stars who already had buy-in from WWE’s audience. Vince should have been able to replicate that exact same assembly line for the mainstream audience that Triple H did with the hardcore audience. Vince just never believed in those stars. NXT was a vision of what WWE would look like if they were willing to put ego aside and truly get the most out of many of the best wrestlers on the planet. But that was never Vince McMahon’s vision of pro wrestling. Sadly Vince can never see past his own ego. It’s not his fault Triple H sent him a bunch of duds, of course, it’s the wrestler’s fault. The same wrestlers who got over everywhere they ever worked, including NXT. For as shocking as the potential reboot of NXT sounds, the central conflict between what wrestling is now and what Vince McMahon knew wrestling to be always existed.

Vince McMahon himself doesn’t know what he wants from pro wrestling in 2021. He whiffs on everybody from Braun Strowman and EC3 to Ricochet and Aleister Black. It’s impossible to build a developmental system for a man who doesn’t even know what he wants.

However one this is very clear: Vince McMahon never wanted NXT. 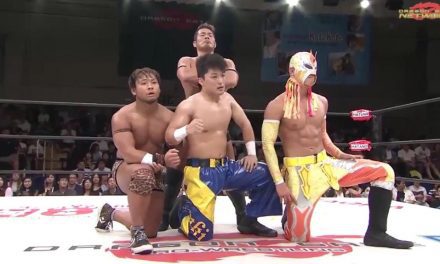