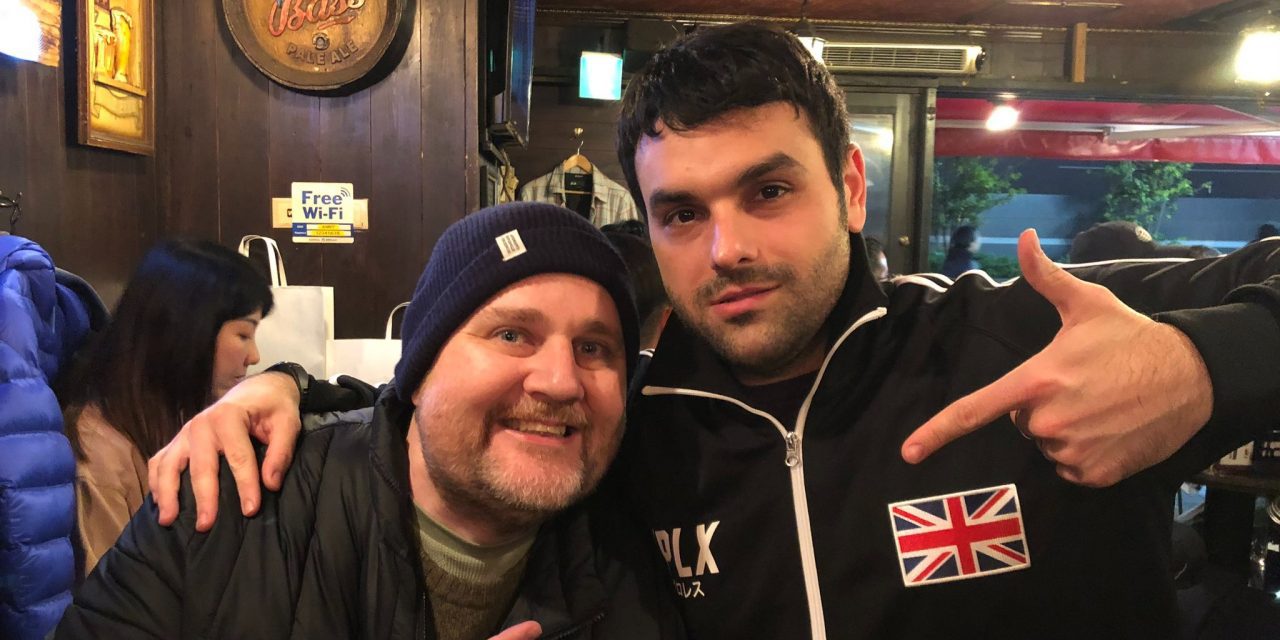 I apologize in advance, but I couldn’t start this piece any differently: Maybe the real Voices of Wrestling were the friends we made along the way. Aside from the incisive and entertaining coverage, one of the best things that this crazy website has done is bringing nerds like us together to share our love (and often hate) of professional wrestling.

As a child, my first taste of wrestling was playing WWF Wrestlefest at an arcade in the early 90s. I remember picking Ultimate Warrior because my 8-year-old mind figured that he must be invincible and thus I was guaranteed to win (he wasn’t, and I didn’t).

From then on it was glimpses of the Attitude Era at my neighbor’s house, because my parents were mean and wouldn’t pay for Sky Sports. I had to endure my early teens at a boys’ school where everyone was running around the playground hitting each other with Stone Cold Stunners and Fameassers and telling each other to “suck it” while I had no idea what was going on.

Then I found out that Channel 4, a terrestrial (free) channel was showing PPVs. So my first full show, Royal Rumble 2001, was recorded onto VHS and watched several hundred times. For some reason, I remember really liking Haku and wanting him to win, goodwill which sadly does not extend to his sons in 2021. Tired of getting results spoiled for me at school, I stayed up until 4am to watch Wrestlemania X-Seven, which to this date remains the best decision I have ever made in my life. I’d be chasing that high for the next 20 years of my life.

I was now the ultimate WWF fanboy. I had all the 2001 PPVs recorded onto VHS. I even got the UK specials, Insurrextion and Rebellion, for £14.95 on Sky Box Office, and vividly recall someone holding a sign saying ‘I bet nothing of consequence will happen on this show’. As the weird kid who stayed up to watch the shows live, I gleefully went to school on December 10, 2001 following Vengeance, ready to spoil Chris Jericho’s big title win to everybody I saw as vengeance for them spoiling the Royal Rumble, only to be told that “nobody watches wrestling now, it’s [slur]”.

Crestfallen, I fell out of love with wrestling in early 2002 and didn’t watch it again until I decided to host a 2009 Royal Rumble party. I got back on the wagon, enjoying one of the better periods of WWE and even getting into the wacky world of Lucha Underground. I attended NXT TakeOver in London and loved it. Wrestling was good again! I even started my own podcast with friends, The Smarkcast, and got a taste for amateur broadcasting.

Then came Wrestle Kingdom 11. I didn’t know anything about New Japan. Like many others, I heard whispers of this legendary 6-star match between Okada and Omega, watched the entire show, and was absolutely mesmerized (as detailed fully in my 2017 VOW NJPW Yearbook article). As befits my addictive personality, I needed to know absolutely everything about the events, the wrestlers, the factions, the history.

Around this time, a friend introduced me to Voices of Wrestling. I was instantly hooked on the Flagship, the Purocast, Music of the Mat, Wrestling Omakase and various other great shows on the network. This was the gold standard for wrestling podcasts, and each new episode became appointment listening.

One thing resonated with me during the WK11 broadcast. Kevin Kelly said “If you have the chance, you must come to Wrestle Kingdom”. The seeds were planted, and I eventually made the trip to Tokyo for Wrestle Kingdom 12 which remains to this day one of the coolest experiences of my life. The excitement and the buzz as we smashed a few Strong Zeros and walked from Suidobashi station to the Dome is right up there as one of the best experiences of my life. (Sorry Mali and Esther, but in my defense, I was sober during our wedding / your birth.) 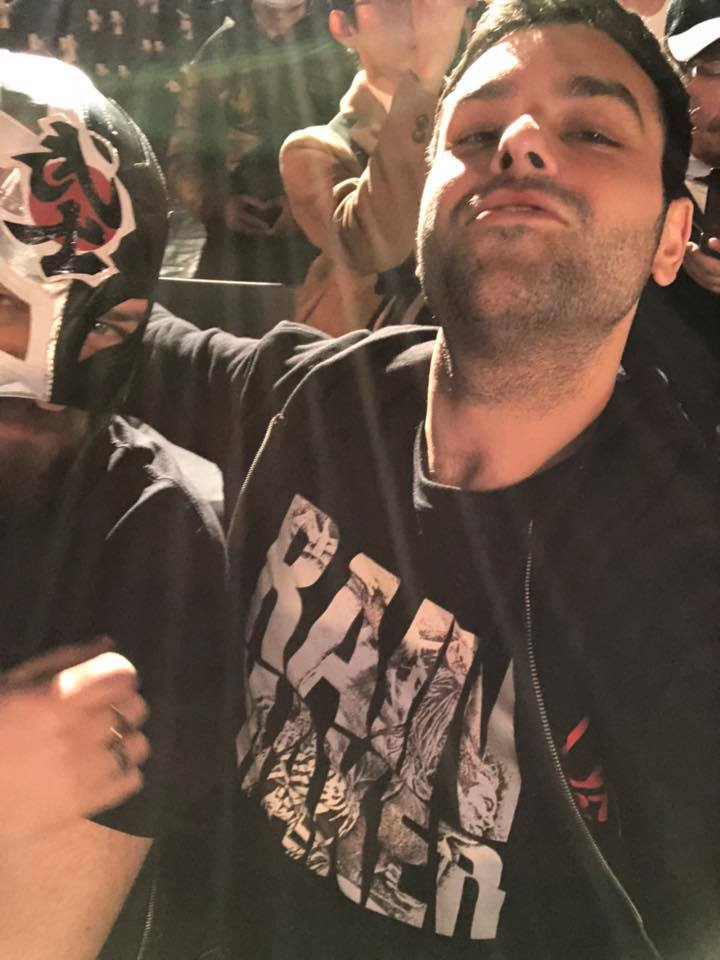 The show was tremendous, and being there live was unforgettable. But the thing that stuck in my mind was Naito’s face after getting beaten by Okada in the main event. It left such an impression on me that I decided to write about it for VOW: The Tragedy of Tetsuya Naito.

Dave Meltzer saw the title. He had a take.

Tragic is how I'[d describe the life of a guy who just headlined the biggest non-WWE gate in more than 15 years https://t.co/OgkJRoeTHE

And that kicked off the weirdest few days of my life, as people went to war in my mentions and gave me a baptism of fire into the madness of Wrestling Twitter. More importantly, people were actually reading my piece! Ideally, Dave would do the same for everything else I write, but we can’t always have what we want. I wrote a couple more pieces and eventually got the golden ticket to the VOW Slack chat where we share photos of pizza.

It was there that I found out about Collin unfortunately hanging his mic up and calling time on the New Japan Purocast. I was as disappointed as everyone, but threw my name into the hat for possibly getting a successor running. Soon I was chatting with Damon over Skype—don’t tell him this, but a little star struck—and after a lengthy back and forth over possible titles, the Super J-Cast was born.

In a chilling bit of foreshadowing, my first episode was recorded in a hotel room in Taiwan. I also forgot to turn on my new mic. Not the best start, but things gradually picked up and I was having a blast as I navigated the wonderful world of Twitter and the Reddit mutants (the latter of which didn’t last, but gave rise to some of my favorite segments on the show).

Flying over to Osaka for Omega vs. Okada IV at Dominion 2018 was a no-brainer. Aside from the incredible match, which hit that Wrestlemania X-Seven sweet spot, one other memory stands out. Before the show, I was sitting in Starbucks next to Osaka-jo Hall, sneakily drinking my lychee Strong Zero in an attempt to avoid the sweltering heat, when I was approached by two lovely people, Sean and Sarah, who were fans of the Super J-Cast. I was quite drunk at the time, and I hope I didn’t embarrass myself too badly, but this was an incredibly cool moment that showed me the real joy of being a part of VOW: meeting other awesome people to share our love for the graps. 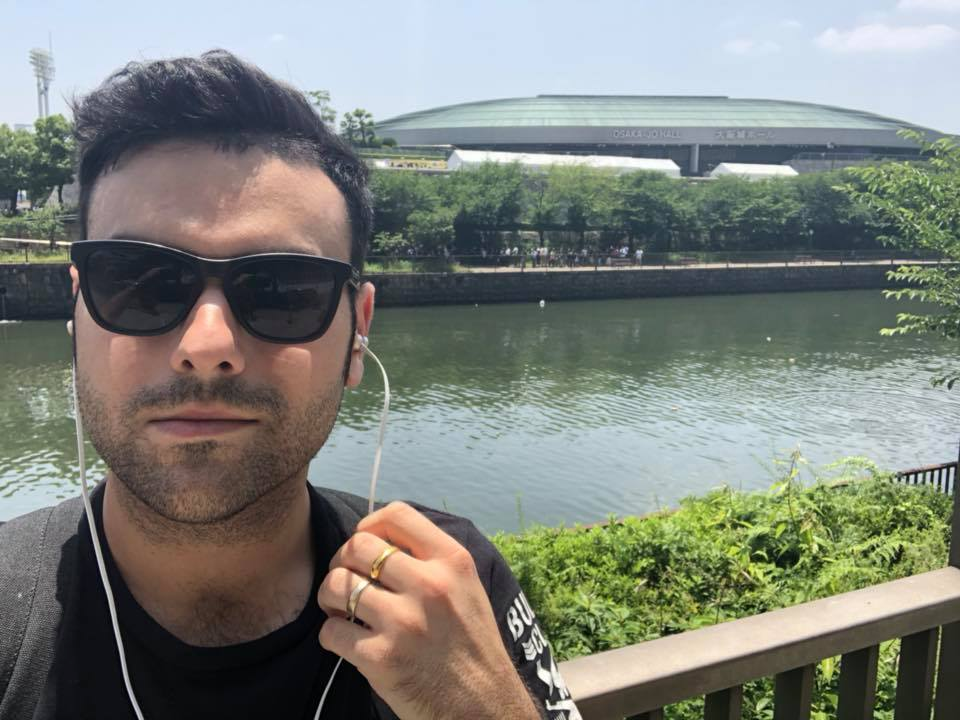 Finally getting to meet Damon at WK13 was also a highlight. Sorry for getting sentimental, but undoubtedly the best thing about doing this silly podcast is getting to become close friends with Damon, who is genuinely one of the loveliest, warm-hearted people I’ve had the privilege of meeting. Without him, there would have been no Purocast, there would be no Super J-Cast, and the western NJPW fandom wouldn’t be what it is today.

Damon and I have only met a handful of times, but each one has been a blast: going to Bad Luck Fale’s Bullet Club party in Tokyo; karaoke in NYC before the MSG show with John Carroll and Andrew Rich; eating out in Ginza with our wives and being gifted a Super J-Cast babygro for Esther. The Super J-Cast is what is, for better or worse, because of my friendship with Damon. 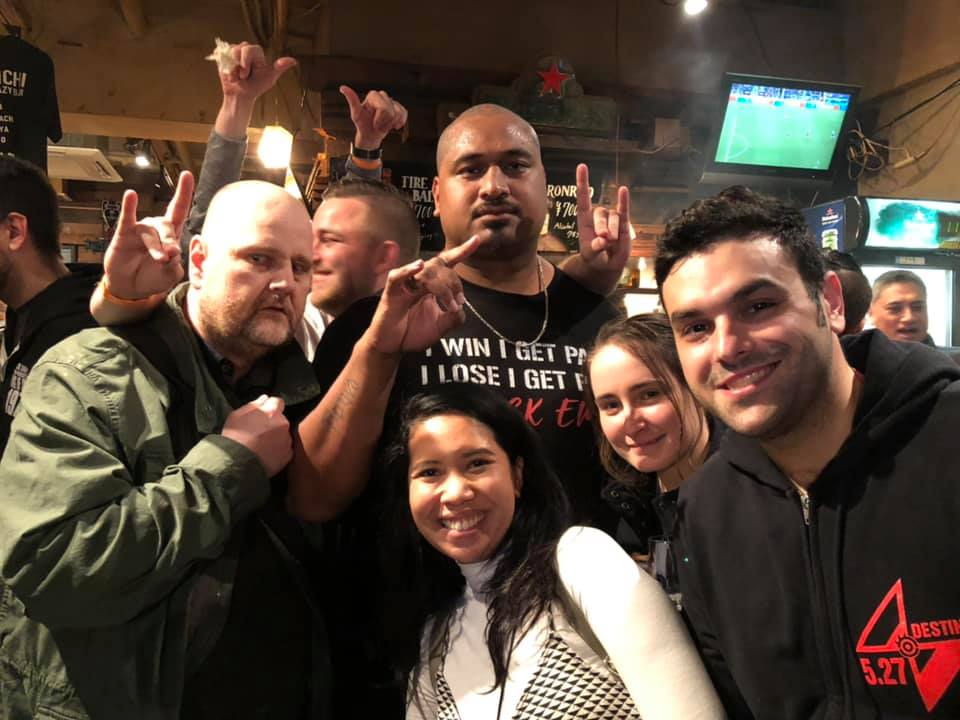 And therein lies the beauty of VOW.

Getting to hang out with cool people and making new friends. Sharing Zimas with listeners at TGI Fridays in Korakuen and receiving incredible gifts, like the entire range of Strong Zero flavors, homemade chili relish and even hand-knitted baby clothes. Getting to meet people whose voices I’ve been listening to for years, like the Keepin It Strong Style lads in NYC, the POST Wrestling boys in Tokyo, and the 4Ls in Osaka. A particular highlight was meeting the VOW crew after the MSG show, one of those great moments after a perfect day that you want to bottle and keep forever. 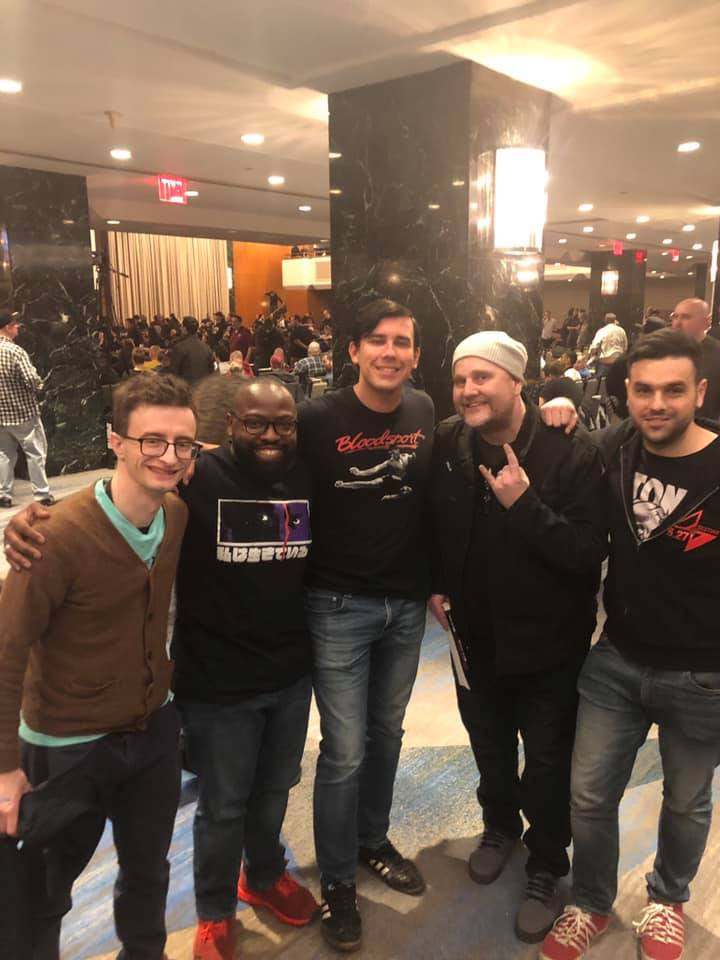 After all the fun and joy of Wrestle Kingdom 14, things in my life were seriously shaken up.

Others have certainly had it much worse throughout the pandemic, but losing everything we’d built in China—our home, job, friends, even our beloved cats—wasn’t easy. As many of you know, I was stuck in a hotel in Bangkok for 454 days, away from friends and family, with job uncertainty to fret over, online teaching, and the birth of my daughter (hours after we’d slapped send on our most recent episode, I might add). There was a great deal of stress, depression and anxiety mixed in with the happiness of becoming a father and getting to spend so much time with Esther. I spent many nights lying awake wondering what to do to best take care of my family. And then throw another pregnancy into the mix – who was booking this shit!?

I mention all of this because one of the things that kept me going throughout was wrestling, VOW, the Super J-Cast, and our community. Following the misadventures of EVIL, Toru Yano and KOPW, letting it all out with Damon on the podcast, Manscaped ad reads, arguing with people online about heel interference, laughing about it with the weird and wonderful folk over at our Discord, that Booze does such an amazing job maintaining. I am grateful for all of these things that were there to distract me while 2020 went all Dick Togo on me.

For all the five, six and seven star classics and Tokyo Dome visits, those are not the things that stay with me. It’s not just the podcasts, the takes, the rants or the scoops. For me at least, Voices of Wrestling is more about the voices than the wrestling. It’s the communities we build and the friends we make, and giving us something fun to talk about when life gets the best of us.

Thank you to everyone who’s joined us on the ride, through the good times and bad.