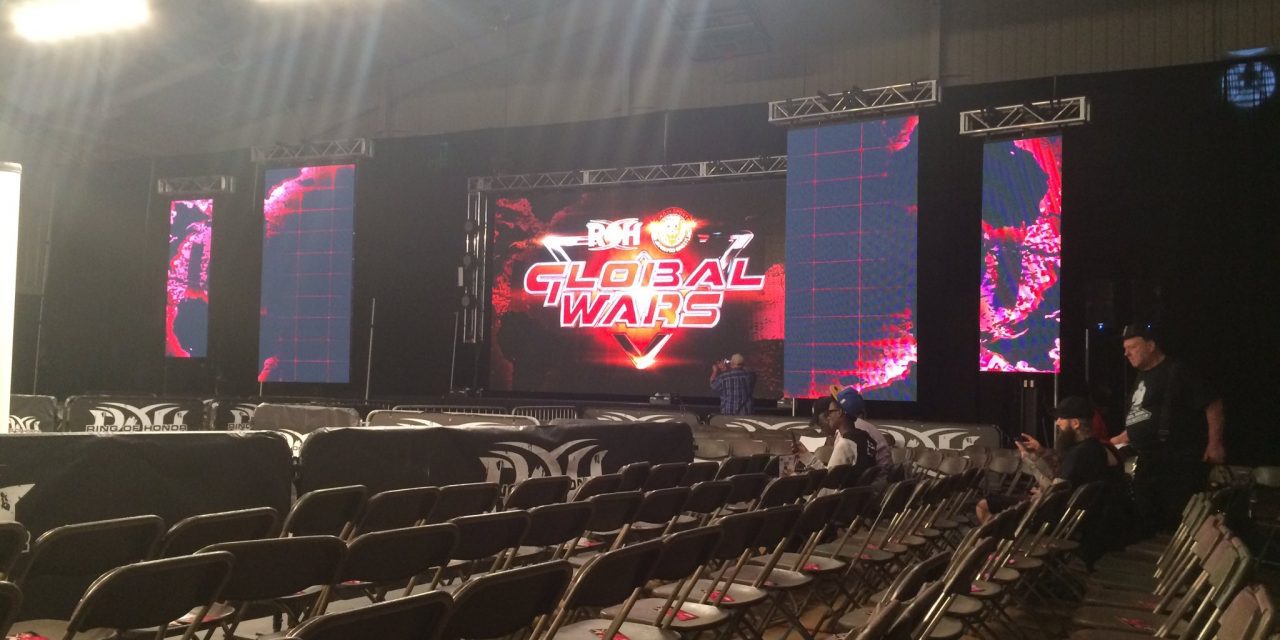 I’ve been watching wrestling for literally longer than I can remember. My parents ordered a WCW pay-per-view just days after I was brought home from the hospital. Sadly, that show, SuperBrawl II, was in my hometown of Milwaukee so my parents had to miss it to take care of a stupid baby. Years later the fate crime paid me back when I tried to watch our VHS recording of the show, only to find that the audio was muted on the tape. That stupid baby needed to sleep I guess.

This is all to say that wrestling was always there for me. My parents were both fans before they got together, but their fandom fed off of each other, leading them to subscribe to the Torch and to start getting ECW tapes from RF Video, building an extensive tape library that I am proud to say I have become the owner of. Now I suppose I could have always rejected what my parents were into like so many other kids in the 90’s, but luckily that didn’t happen.

Wrestling got its claws into me early and it hasn’t let go.

Eventually, I got deeper into it than your usual casual child fan. I started reading the Torch too and took a bigger interest in the tapes. I got online and started using forums to talk with other fans, learning about an entire other world of wrestling in the process. Following the Chris Benoit incident, I came very close to falling out of love with wrestling, but discovering stuff like Ring of Honor kept me around. I would save money for months, just waiting for ROH to have their next big sale so I could fill out my DVD collection. Around the same time I got into booking my own BTB (Be the Booker) promotion. I devoured all kinds of wrestling videos on Youtube, looking for new people to add to my roster. I can’t imagine watching this Super Dragon MV and not thinking it’s the coolest thing you’ve ever seen.

In the early 2010’s I had fallen out of watching the indies for the most part. Finishing high school, starting college, and getting a real job for the first time will do that. Luckily this time coincided with WWE not being entirely terrible and featured a bunch of guys I knew previously from the indies. Fast forward to 2014 when my friend Nick introduced me to modern New Japan. We ordered Wrestle Kingdom 8 on Ustream and I was hooked, but I still wasn’t entirely sure how to keep up with the company from there. During that year’s G1, Nick introduced me to two things; a Dailymotion account that uploaded all the G1 matches and the Voices of Wrestling podcast to give me a guide for what I should watch.

I wouldn’t know it at the time, but that was a moment that fundamentally altered my life.

Listening to Rich and Joe led to me watching more and more puro. It wasn’t just New Japan now. It was NOAH, Big Japan, DDT, Dragon Gate, and Zero-1. I was shocked to see that all the guys I remembered from DGUSA and the Dragon Gate crossovers with ROH were not only still around, but they were as good as ever, if not better. Masato Tanaka was still around too, how cool is that! Any bit of free time I had was poured into watching whatever new puro drops there were.

I started covering New Japan on Panels on Pages, doing show reviews and match rankings for tournaments like BOSJ and the G1. At the time, no one else was covering Japanese wrestling, or wrestling in general, on comic websites, but now that’s a pretty common thing to see. While I never made it “big” as a comic critic, I’d like to believe I showed the bigger sites that there was an audience for these kinds of pieces in the comic readership. Occasionally these posts would get shared by the VOW Twitter account and that always felt like a bit of validation. The guys that got me into all this stuff approve of what I’m doing, maybe I’m not a fraud after all.

In 2016, ROH brought over New Japan wrestlers on their War of the Worlds tour and they were making a stop in Chicago. My buddy Justin and I made the drive down to Chicago Ridge for the show and I’m so happy we did. Not only was Global Wars 2016 an incredible live experience, it was also kind of how I ended up here writing this piece. I saw Rich and introduced myself. He was very cool and even gave me a VOW shirt. I consider this one of the very few bits of successful networking I have ever done because just two months later, I wrote my first article on the site; a recap/review of the Garo special featuring Tanahashi as the lead character. From there I gave the same treatment to every episode of Tiger Mask W and went down the road to madness by becoming a regular reviewer of the WWE pay-per-views.

Joining the VOW staff was more than just starting to write for a website. It gave me a new group of friends. And I don’t just mean online acquaintances, I mean real friends. People that I talk to pretty much every day. People that I can bring my real-life problems to. People that I can travel halfway around the globe with.

That fateful trip to Global Wars 2016 was the day that I got bit by the traveling for wrestling bug (which honestly needs a snappier name). In 2017, I stepped onto a plane for the first time, on my own, and flew down to Orlando for WrestleMania Weekend. Going to shows with my brothers from Panels on Pages was some of the most fun I’ve had in my life. Fast forward two years later and I found myself in Tokyo with fellow VOW staff members.

I owe a huge thanks to Wrestling Omakase’s John Carroll for putting the trip together and holding my hand through the entire process. That trip may have been the single most memorable two weeks of my life. For years I had been watching shows in Sumo Hall, Osaka-Jo Hall, Korakuen Hall, and Shinkiba 1st Ring, and now I was there. I got to see Jon Moxley make his in-ring debut for New Japan. I got to see Shingo vs. Will Ospreay in the Best of the Super Juniors finals, a match that will be one of my favorites until the day I die. I got to go to Ichigawa Chocolate Square and absolutely fell in love with Gatoh Move. Thank you to Paul for taking me to that show and thank you to Emi Sakura for taking two tourists out of the rain and adding extra seats to the sold out show for us, I’ll forever be grateful for that.

I have a lot to be grateful for and a lot of people to be grateful to for getting me to this spot here, typing into this Google Doc. But today I’ll specifically say thank you and congratulations to Rich and Joe. Here’s to 10 more years! 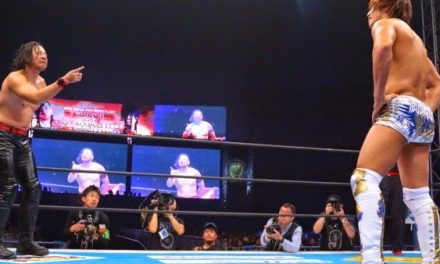 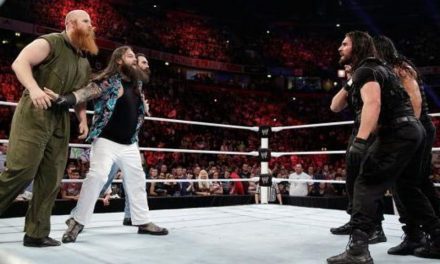 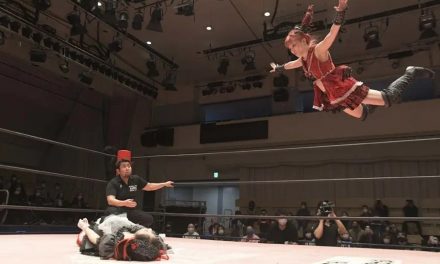