I wasn’t allowed to watch wrestling as a kid. Too violent. If I were to get sat down on Doctor Melfi’s couch maybe she’d tell me that that’s why midway into my 20s I’m still stuck with this dumb hobby.

I think my first experience of wrestling was going around a friend’s house and playing one of the SmackDown vs. RAW games on his PlayStation. I was enthralled, despite the benefit of hindsight knowing that it was a pretty terrible game. The one distinct memory I have of it was thinking that there were three different types of Hogan: Hulk Hogan, Hollywood Hogan and Triple H. Close enough.

The music, the lights, the action, the excitement, and realistically probably the forbidden-ness of it all really hooked into my young brain. I was a wrestling fan from that moment on, but it would just take a while for me to actually get to see any wrestling.

The opportunity finally came in 2008 when I was at my Grandparents’ house for a weekend. They had their house’s computer located in the spare bedroom, which was also the room I’d sleep in. So eleven-year-old me snuck onto the computer one morning before everybody else was awake, and I must have typed something like “watch wrestling” into google. I ended up on some dodgy Indian forum that had links to unlisted Dailymotion videos featuring predominantly Bollywood films but also WWE PPVs.

Over the course of that weekend, I covertly watched the entirety of the 2008 Royal Rumble, instantly falling in love with Shawn Michaels.

From that point onwards it formed somewhat of a tradition; every time I’d go to visit my Grandparents it would be accompanied by a clandestine viewing of the latest WWE PPV offering.

Fast forward a few years and my family had moved house, which meant (without boring you too much with floor-plans) that suddenly our family computer was placed in a way that the screen was no longer viewable from the kitchen or living room like it had been in our previous house. For most early teen boys I imagine the potential to browse the internet without being seen would lead to only one thing, but for me, it meant the forbidden wrestling.

This change of opportunity coincided with WrestleMania XXVI. I remember being so excited to be able to watch Shawn Michaels in the main event and not having to wait weeks to do so, only to be devastated to find out it was his final match (in my heart that Saudi Arabia match never happened). I was utterly enraptured by the drama of the match though; it really sealed me in as a wrestling fan.

From that point onwards I didn’t miss a single second of WWE programming, and later in that year that soon expanded to also include TNA and ROH, soon followed by New Japan the following year. I was well and truly hooked. This eventually led to me getting caught due to using up all the family’s monthly internet allowance two weeks into the cycle. I got in quite a lot of trouble for that, but getting to watch Davey Richards and Michael Elgin in the Showdown in the Sun main event was worth it.

Then along comes 2014 and the start of the BritWres boom and the way I interacted with wrestling changed forever. Until that moment wrestling had always been something that I’d interfaced with exclusively through a screen, but suddenly there was a show happening pretty close to where I lived with top talent from ROH and NJPW. RPW Summer Sizzler was my first live wrestling show (it was great for the record, and I had the pleasure of seeing a certain young Will Ospreay have his first breakout performance), and the years that followed would see me attend a plethora of amazing shows across the British Isles, Germany and even a trip over to the US for a Mania week.

That Summer Sizzler show led to me joining this fine site which we are celebrating ten years of with this series of pieces. I was so jazzed by my experience that I poured myself into being immersed in the scene, initially leading to being a columnist and reviewer for Voices of Wrestling about the scene when very few others were writing about it, and not long after running the BritWres Roundtable podcast on our network.

As is the norm for pretty much everybody who was a part of the European scene over the past ten years, I have very mixed feelings that would take several lengthy columns to even begin to get to the bottom of. Seeing the scene have its soul torn out by the WWE, all while stakeholders within the scene tried to gaslight the fans that this soul-removal was actually a good experience and that the dead husk it left behind was in fact vivacious was frustrating, to say the least. It however paled in comparison to the anguish, shame and rage that followed when it was laid bare just how rotten to the core near the entire domain was, and how many disgusting moral failings had been facilitated by its existence. All that is bundled up with both live experiences that in the moment felt magical, yet have soured in retrospect, as well as meeting so many genuinely great people from all over Europe and beyond who I am lucky enough to be able to call friends.

This is not the column for exploring all that in-depth, but the entire experience has gated off a level of passion for wrestling that I doubt I’ll ever return to. I am still able to enjoy it as a form of media, but feeling like a part of and connected to something? Being immersed in a scene? That’s a ship that has now sailed for me. Ultimately that’s all utterly insignificant next to the actual victims of BritWres in the last decade, but it is how it led to me feeling so it would have felt dishonest to not include in this piece. Fortunately, many of the friendships born out of that period have survived now far past the death of BritWres, and for that, I’m truly thankful. 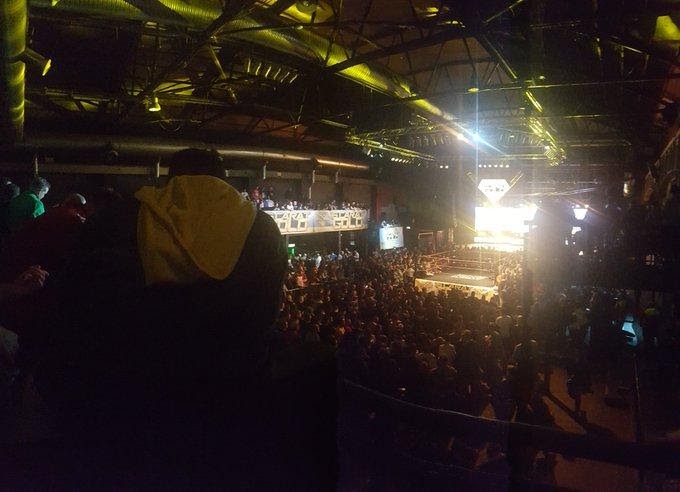 I’m equally thankful to be able to have been a part of the Voices of Wrestling community for the last seven years. As I’ve ebbed and flowed through my love for wrestling and through life in general. the group of staff and wider circle of Voices of Wrestling has been a constant for me that I’ve been lucky to have. Through the lockdowns of the COVID pandemic that we’ve all gone through in recent years, it has been a particular boon to have people with who you not only share an interest but also a warmth, fellowship and history with from working together on projects year on year. I’ve more or less grown up as part of the Voices of Wrestling, and I’d like to think I’m a better person for it.

I consume wrestling very differently from how I did ten years ago when this site was birthed into existence by the Captain. Long long gone are the days where I’d consume every second of WWE programming, a pattern in viewing that I’m sure mirrors many of the readers of this piece. More than that though, these days I struggle to get through entire wrestling shows, especially recently with the woeful clap crowd atmosphere in Japan. Overall pro wrestling now takes up far less of my time than it used to, and my preferred viewing method is to dip in for big matches, be they current or historical.

As one of my favorite wrestlers Chuck Taylor once said “There’s certain times when I watch wrestling and I don’t understand how anyone likes it. And then there’s other times I watch wrestling, and I don’t understand how everybody doesn’t love it.” God that rings true doesn’t it? More recently especially there’s definitely been times where I’d question whether I was in the process of fading out from wrestling entirely. There’s always some match though that flips that, one that really catches me in my core and reignites the flame and has me jumping up from my desk and pumping my fist. Maybe it’s a 90s All Japan match. Sometimes it’s a golden age ROH match. Other times AEW has been able to do it for me. Whatever it is though, whenever I get that connection, well in that moment all doubt disappears and it’s hard to imagine how I could find joy like I do in pro wrestling in anything else.

What started for me as a secretive hobby by necessity of having to hide it from my parents has evolved into one that I have had the pleasure with sharing with so many over the past ten years. I have in large part Voices of Wrestling to thank for that. 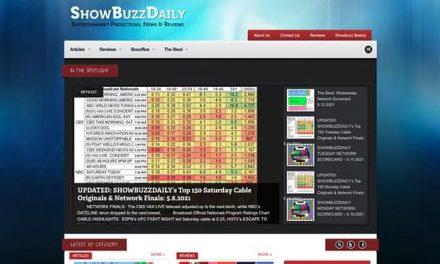 Why We Need to Talk About Ratings

X Fills the Spot: Who Will Be the New LIJ Member?