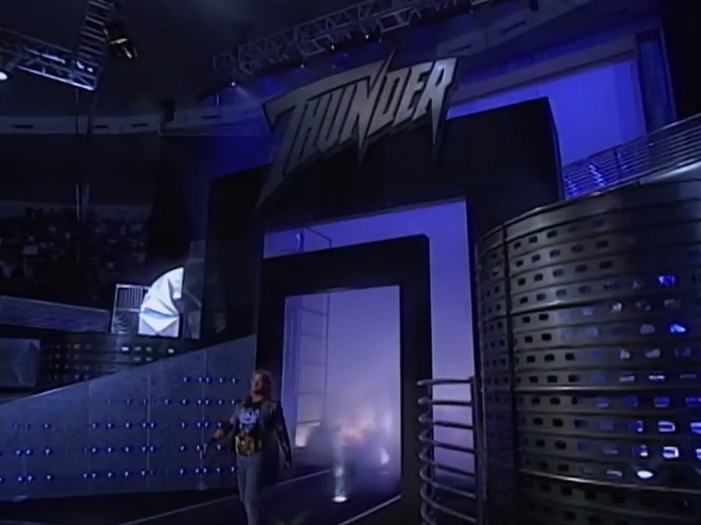 Voices of Wrestling is 10 years old and what an incredible 10 years it has been. What began as Rich Kraetsch being giddy and excited following Money in the Bank 2011 has grown into, in my opinion, the best wrestling website in the world.

I’ve always been a wrestling fan. My earliest wrestling memory is Earthquake attacking Hulk Hogan in the lead-up to SummerSlam 1990. I was four years old but my parents like to remind me that I was even younger when I would become transfixed by the stars of WWF. As I grew older my wrestling viewing would expand to include WCW, ECW and any other wrestling that was available to a kid in Ireland. Powerslam, World of Wrestling and later FSM magazines would provide a glimpse into the wider wrestling so that I was aware of New Japan, All Japan, and the American indies. The birth of The Wrestling Channel in 2004 would expose me to a slew of new wrestling footage such as NWA-TNA, ROH, Pro Wrestling NOAH, CZW, classic New Japan, World of Sport and so much more. AJ Styles, Samoa Joe & CM Punk remain to this day three of my favorite wrestlers ever in no small part thanks to The Wrestling Channel.

Over the past 10 years however, my wrestling fandom has changed in ways I could never have expected.

In 2011 I was still mostly just watching WWE and TNA. I would dip in and out of ROH and even watch some matches YouTube occasionally but for the most part, I was just your regular mainstream wrestling fan. I was aware of Wrestling Observer and The Torch but I never subscribed. Three events would change my wrestling viewing in a major way.

Firstly, in 2012 I became a father for the first time (more on that in a moment). Secondly, in 2016 I began regularly attending OTT shows in Dublin. Thirdly, sometime in 2014 on a message board, I would contribute to I asked for some wrestling podcast recommendations. One of the first responses was Rovert declaring that his favorite podcast at the time was called the Voices of Wrestling and that they covered the whole world of wrestling.

I was hooked from then.

Becoming a father was such a life-changing moment. Initially, my wife didn’t want me to watch wrestling while my son was in the room and for a time I didn’t. However, by 2017 my then 5-year-old son was attending wrestling shows with me. By the time he turned 7, he had seen WALTER, Ilja Dragunov, Shane Strickland, Keith Lee, Speedball Mike Bailey, El Phantasmo, Will Ospreay and many more all in the flesh. He has a collection of well over 100 wrestling figures, at least 5 wrestling rings, numerous belts and countless autographs. I mention all of this because seeing the joy that professional wrestling brings my son has fundamentally changed how I view wrestling.

There is video footage of my then 5 and a half-year-old son in awe holding the IWGP Jr. Title while the champion wrestles 10 feet in front of him! How could I not love wrestling even more now.

Attending a Feb 2016 OTT show is a strange event to look back as life-changing but it was. It was outside of the Tivoli Theatre that night that I first met people I now am lucky to consider friends like BohsJohnny, Jamesie, Sarah and Alan4L plus in the coming months I would meet so many more like Zig, Barry, Jamie, Emma, Sarah Flan, Adam and even my future @WCWThunderPod partner Dave Ryan.

OTT would also prove to be my path to VOW. In March 2017 I would provide my first ever written review of an OTT show and I have been here ever since. Rob Reid was a great help in those early days and without his support, I’d have never stuck at writing show reviews. It still boggles my mind that people all over the world have read my thoughts and opinions on professional wrestling. VOW has allowed me the opportunity to write about OTT, PROGRESS, WWE, Beyond, wXw and anything else that drew my interest. Live reviewing WrestleMania is still something I look back on fondly in spite of falling asleep the second year I attempted to do it (sorry Rich).

All these words and really what I want to say is thank you.

Happy 10th birthday Voices of Wrestling, you have been such a huge part of my life and will continue to be long into the future. 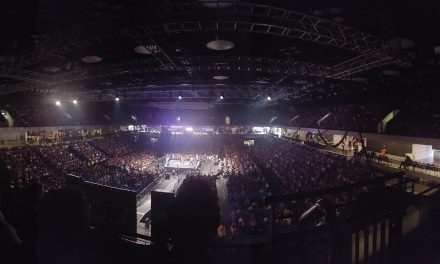