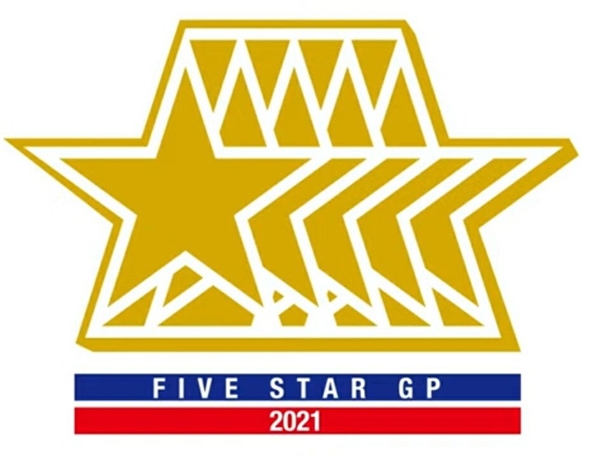 Beginning on July 31, Stardom’s 5 STAR Grand Prix officially begins with what could be one of its biggest and most important years ever. As many like to call Stardom’s version of NJPW’s G1 Climax, the tournament will last through the end of September as the best in Stardom (and out) duke it out to be the 5 STAR winner. With what seems to be more eyes than ever worldwide on Stardom, this year’s event is sure to be one for the ages. Last year’s winner, reigning World of Stardom Champion, Utami Hayashishita used this tournament to make her a star. She would go on to defeat Mayu Iwatani for the title she currently holds. That’s what is on the line here. A win guarantees a shot for the top championship in the promotion.

Rather than previewing it in one, we will break down the preview into two blocks this year. Both the Red Stars and Blue Stars blocks are packed as major matchups will be the theme of the tournament more than ever this year. This preview will take a look at the Red Stars Block competitors, focusing on who are the key players and potential winners of the block while also identifying those who may spoil or possibly have a surprising run.

If you have been following Stardom for any amount of time, you have an inkling as to how good Giulia is and where she is in the company. Since losing the Wonder of Stardom Championship (and her hair) to Tam Nakano at All Star Dream Cinderella, Giulia has completely recrafted herself as a competitor. Embracing the brawler side of her in-ring capabilities, Giulia has managed to rediscover what got her to the gold in the first place. As one-half of the Goddesses of Stardom Champions with Syuri, it’s almost laughable to act as though she lost herself in any sense. Yet, she has shown to not be the same Giulia at times but this is where that changes for the Donna del Mondo leader. The 5 STAR Grand Prix is her moment to recapture the moment and rise to the very top of Stardom.

Not only is she the favorite for this Red Stars Block, but she may very well be the favorite for the entire tournament as a matchup with Utami Hayashishita seems too good to be true. It’s the biggest match Stardom has and once Giulia can put it all together once again, she is going to be World of Stardom Champion. This is Giulia’s tournament to lose.

Momo Watanabe is, perhaps, the most interesting name to look at in this tournament. Watanabe after all is the most dominant Wonder of Stardom Champion of all time, successfully defending the belt more than anyone has ever in a single reign. But over the last year, he rise to the main event and what would be the World of Stardom Championship has not gone as expected. While still one of Stardom’s top talents, Watanabe has had a tough time putting together a consistent run as a singles wrestler. In last year’s GP, Watanabe finished with 8 points. Not only do we think Watanabe could better that — we think that she could win it this year.

Watanabe has been finding what made her incredible for so long. The cocky jerk persona is back for “Stardom’s One True Heart” which means trouble for everybody else. As she opens the tournament against Mayu Iwatani and closes it against Giulia, this should be a tale of where she will end. Come the final day of the tournament, she and Giulia should be facing off with a chance to go to the finals on the line. This could very well be Watanabe’s time and we’re here for it.

Saki Kashima is not going to win her block or the tournament. That’s the truth of it all. That being said, Kashima will be the key spoiler this year as she has been in the 5 STAR Grand Prix for years now. It was only two years ago that she pinned eventual winner Hana Kimura in a stunning six seconds with the Revival pin that she has managed to beat so many with. Expect that to be the case here with potential wins against any favorite to be possible. She could finish somewhere in the middle of the block if the Revival comes through more than even we expect it to.

Fukigen Death enters the tournament after Natsuko Tora had to be removed due to her knee injury at Yokohama Dream Cinderella 2021 In Summer. Death will play the spoiler role with her entry, as she will not be at the top of the list to win but certainly has what it takes to pull off an upset or two. Her comedic sense will be a good balance from the ultra-serious matches that the majority of this tournament will hold.

Heading into the 5 STAR Grand Prix this year, it seems as though that some forget that it was last year that Himeka made it to the finals after winning her block. And while she lost, she has been one of Stardom’s top stars really since the moment she stepped into the company in 2020. Himeka’s recent injury problems have held her out for the better part of the last two months so she should be entering this tournament fresh and will be one to watch again this year. Himeka has shown that she has what it takes to make it to the finals, so why not again? If she can manage to get two out of three wins against the trio of Giulia, Watanabe, and Iwatani, she very well could be repping the block in the finals for the second straight year.

Poi! The reigning High-Speed Queen will return for the 5 STAR Grand Prix after being out the past month with an injury. Before the injury, Natsupoi was well on her way to being in the conversation as Stardom’s MVP with consistent performance after consistent performance throughout the year. Her entry into this tournament is an interesting one to discuss as this will be the first time Natsupoi competes in the 5 STAR. If we go off of the rest of Donna del Mondo’s first entry into the 5 STAR, this could be a special year for the High-Speed Champion. Instead, we expect her to finish around the middle of the block as she not only should pull off a few big wins but have some of the more interesting matches of the entire tournament.

Koguma has had one heck of a showing since returning to Stardom only a few months ago. So much so that she already has a pinfall over Giulia, something that very few can say since Giulia joined Stardom. While there’s little chance Koguma wins the tournament, she could somewhat surprisingly finish in the middle of the block under the heavy hitters of the Red Stars. Her match with tag team partner and STARS stablemate Mayu Iwatani will be the one to watch as they should fight a respectable but enticing battle for sure.

The Cosmic Angels are the most difficult to predict as they enter their first-ever 5 STAR Grand Prix since the unit was created. As the most historic Artists of Stardom Champions ever, they have shown they can work as a team very well. However, as singles stars, two-thirds continue to show some growing pains as they keep trying to get better. Mina Shirakawa is on a bit of a low heading into the tournament after losing the Future of Stardom Championship to Unagi Sayaka. Expect her to get a win here or there, maybe even finish around the middle of the block but nothing more.

Now, this is interesting. Starlight Kid is on a mission to carve her own path as she is out of the shadow of Mayu Iwatani and one of the main talents in Oedo Tai. After Iwatani did everything in her power to get her back in the group, Kid decided that she wants to remain in Oedo Tai to show everyone that it is indeed her time now. An interesting but understandable path for Kid who could have the best showing of her career this year. Despite losing the Wonder of Stardom Championship match to Tam Nakano, Kid is a darkhorse to pull off the upset of the year and maybe in all of Stardom’s history. This tournament won’t likely see Kid win, but grow more than ever before.

Having to compete with two of her Oedo Tai stablemates will be intriguing, but nothing more than when she faces Iwatani for the first time ever in a singles match. Kid, more than anyone, could be what stands in the way of Iwatani winning the Red Stars Block and that’s what makes her run in this tournament one of the most interesting stories in the entire GP.

Can one really ever consider Mayu Iwatani anything more than a favorite in a tournament? No. And that’s where we are once again. After defeating Oedo Tai in a 1 vs. 5 Gauntlet match, Iwatani seemingly has the confidence back that she had been looking for since losing the World of Stardom Championship last year. This is not only her time to show that she has everything it takes to win this tournament again, but that she’s at her very best. Iwatani at her best is better than possibly every wrestler in the world, let alone Stardom. As she opens her quest to win gold once again through the 5 STAR Grand Prix, she will have to face off with Watanabe on night one while concluding the tournament against her former pupil in Starlight Kid. These two matches could be what decides her fate in the end.

The beauty of Iwatani is this. If she has her head on straight and the confidence is up, this is her tournament to win. Her personal ties with her former STARS members do not look to be a problem anymore which is why this could be her chance to shock everyone once again. If she does that, it will be hard for anyone to keep her out of “Greatest of All-Time” conversations any longer. Iwatani will be finishing near the top.

In the end, the Red Stars Block comes down to three potential winners for us. Giulia, Momo Watanabe, and Mayu Iwatani. The first two have the most likely chances of winning in our book as both have been on the up and can use this to propel them to the finals. Not only are we confident that it will come down to the first-time-ever matchup between Giulia and Watanabe on the last day, but whoever does win that very well could be defeating Utami Hayashishita for the World of Stardom Championship.

We conclude this preview and predictions by picking Giulia as the winner of the Red Stars Block this year. It should come down to the wire and produce some of the best wrestling all year on this side with some underrated matchups to come. 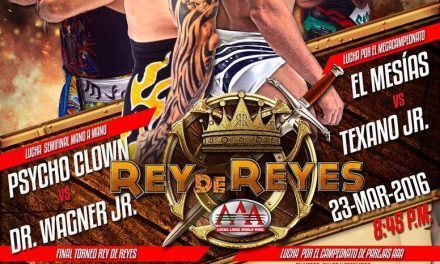 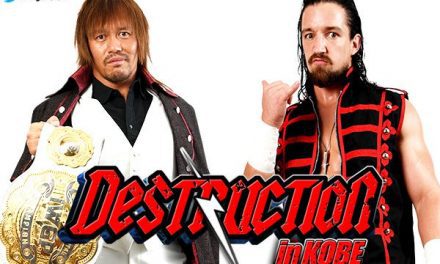 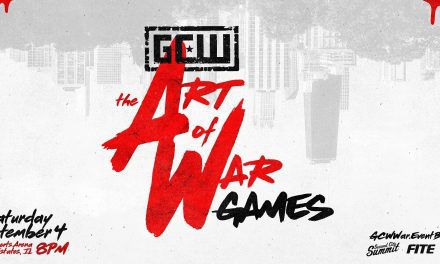