-Our ongoing 1 Match series covering every Tokyo Dome main event in order, which just resumed this past week in 1995 and will continue this coming week, in the middle of the epic NJPW vs. UWFi feud!
-Our recently completed 1 Match series covering every Hiroshi Tanahashi vs. Tetsuya Naito match in chronological order! Relive this historic NJPW rivalry!
-Our various past series of “1 Match” episodes that cover many different themes: matches submitted by Omakase patrons, famous NJPW rivalries (Okada-Tanahashi and Naito-Ishii along with the aforementioned Naito-Tanahashi), the ongoing Tokyo Dome series and more!
-Daily tournament audio on all sorts of different tournaments, including Champion Carnivals, G1s, D-Ous, BOSJs, WTL, and more. Relive any of the major Japanese tournaments from the past year!
-Our Patreon-exclusive Retro Roulette series that covers tons of shows and themes with a completely randomized match list: Dominion, Best of the Super Juniors Finals, Champion Carnival finals, Wrestlemania, NJPW anniversary shows and more!
-Many previous Patreon-exclusive 5 Matches episodes with guests WH Park, Alan4L, Rich Kraetsch, Todd Martin, Chris Samsa, Sean Sedor, Nate from Everything Elite, Robin Reid from VOW Quiz Night, Garrett Kidney from Wednesday War Games, Mike Spears from Everything Elite/Open the Voice Gate and more!
-Anime Omakase, our series exclusively on the world of anime, which will soon have a new episode!
-And much more!

This week on Wrestling Omakase we dive back into New Japan after a brief break, reviewing their two latest shows from Sapporo and looking ahead to the Tokyo Dome!

John is joined by returning guest Chris Samsa (@TheChrisSamsa) from Sport of Pro Wrestling, and Chris & John start by talking about their new dual obsession: their brand new soundbars. Yes, there’s lots of talk about spatial audio and such to open the show. Once that’s out of the way they turn their attentions to New Japan Pro Wrestling, a topic we haven’t covered much at all of late (well, current NJPW anyway). John starts with a couple rants on how repetitive modern NJPW discourse has gotten, especially on two topics in particular (clap crowds and match length), so if you like John’s rants this is probably an episode you’ll enjoy. Not that Chris doesn’t have plenty to say on both topics as well, mind you!

Once the ranting is over the two of them dive into full reviews of NJPW’s two latest shows, Summer Struggle in Sapporo Nights 1 & 2. They break down two awesome main events in detail, discussing El Desperado’s latest junior heavyweight title defense against Taiji Ishimori and Tetsuya Naito & SANADA taking the IWGP Tag Team Titles from the Dangerous Tekkers. They also discuss lots of undercard matches, mostly tags but with a couple unexpected Master Wato singles matches in there as well.

Finally, John & Chris wrap things up with an extensive preview of NJPW’s upcoming shows. They discuss the major singles matches on NJPW Summer Struggle in Korakuen, Osaka and Nagoya and then break down all six matches of the rescheduled WRESTLE GRAND SLAM in Tokyo Dome, and look at where things may be going heading into the G1 and beyond. 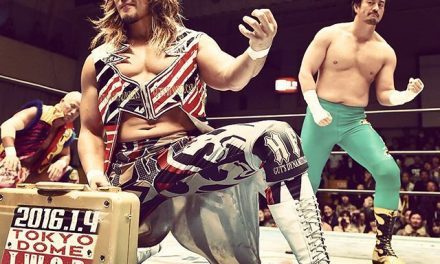 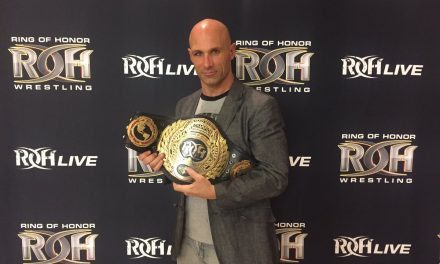 Shake Them Ropes: Nothing Positive