This week on Wrestling Omakase we review two shows from Korakuen Hall: the 2nd Round of the King of DDT tournament and Tokyo Joshi’s 6/17 show, Additional Attack.

The Wrestling Omakase Patreon is your best source for coverage of Japanese wrestling, from yesterday and today. We’ve hit the home stretch of our series covering every Naito vs. Tanahashi match in order, as we’re right in the middle of their legendary 2017 trilogy! Listen now as we go over their epic match from Wrestle Kingdom 10, and coming this week we’ll discuss the rematches from Dominion & the G1 Climax! Plus: our annual Mid-Year Awards, held every year at the end of June, will be this coming week and exclusively on the Omakase Patreon! And once the Naito/Tanahashi series wraps up, we’ll be resuming our series covering every Tokyo Dome main event in order (we left off in 1995, so we’re about to hit all the NJPW vs. UWFi stuff!) leading up to New Japan’s rescheduled WRESTLE GRAND SLAM event at the end of July. You get access to all of this plus everything else we’ve ever done- our 1st Round coverage of the 2021 King of DDT, exclusive free episodes, matches requested by patrons, all the major tournaments of the past year covered, ANIME OMAKASE, and much more! You can get all of this right now for only $5 at http://patreon.com/wrestlingomakase

John is joined by returning guest Hayley (@choerrycoloured) as they start out with the ever-popular anime discussion, going over shows they’ve been watching lately, more thoughts on the return of cons and more. Once that’s out of the way they turn to the King of DDT 2nd Round show, held on June 20th at Korakuen Hall, breaking it all down match-by-match. They get into a disappointing main event, another Sasaki Screwjob™, Takeshita and MAO having a friendly bro battle, Endo and Higuchi tearing the house down, a rant on how good Tetsuya Endo is (and a prominent British flippy wrestler he’s better than), some upcoming DDT announcements, a fun 3-way tag, UTAMI’S DAD GETS SOME, and the saga of the Paulie clan. Plus, somehow a digression about AEW stables is in there somewhere. I don’t know how that happened either.

Once that’s finally done they head over to the magical world of Tokyo Joshi to break down their June 17th Additional Attack show, also from Korakuen Hall. They start with a long review of the NEO Biishiki-gun vs. Miyu Yamashita & Maki Itoh main event, a truly awesome match that they break down from all angles, which includes another rant on why Sakisama is so great. Then they break down the rest of the show, including long explanations on Japanese Gal/Gyaru culture (due to “Gal Wrestler” Marika Kobashi challenging for the International Princess Title in the semi-main) and the 48/46 groups (because SKE48 idol and new wrestler Yuki Arai has her first ever singles match here), and this has to be the only wrestling podcast you can come to for that kind of information. If there’s another one, I’d love to meet them. 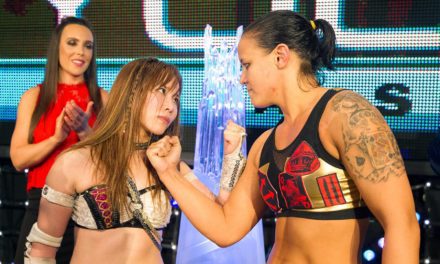