Stardom finally gets to run Ota Ward after their previous two attempts were postponed due to COVID-19.  Due to previous show cancellations, this event will host the semi-finals and final of the Cinderella Tournament as Himeka, Unagi Sayaka, Maika, and Saya Kamitani will battle it out to become the tournament winner.  In our main event, we will see the epic clash between Utami Hayashishita and Syuri, and elsewhere on the card STARS and Oedo Tai will have another battle to settle their all-out war.

Credit to Sayaka for making it this far in the tournament but she was never going to beat an established name like Maika on this big stage.  They did a good job of planting some doubt in the fans’ minds though as Maika had her leg heavily taped which gave Sayaka a target to aim for to try and wear her opponent down.  In the end, Maika predictably put Sayaka away to advance. ***

One of the first major results of Kamitani’s career was her surprisingly taking Himeka to a 20-minute draw in the 5STAR Grand Prix last year.  In a showcase of just how much Kamitani has grown since the GP she put Himeka away in under 10 minutes this time around thanks to her Star Crusher finisher.  Himeka did well playing the powerhouse in this one with Kamitani using her usual dazzling agility to combat Himeka’s power.  With Maika winning the prior match it was almost a guarantee Saya would win this one to set up a final between the two rivals which took away some of the drama of this match as it was hard to buy into Himeka winning. ***1/4

The teams for this match were randomized as the competitors drew colored sticks to assign them a team.  What we got was bitter enemies Nakano and Giulia being forced to team while polar opposites Shirakawa and Watanabe were paired together too.  This match was very character-driven with a focus on comedy.  Seeing the usually stern Watanabe convinced to copy Shirakawa’s idol pose was just one of the highlights from a very funny match.  The in-ring work took a back seat here and that was for the best as that allowed everyone in the ring to focus on light-hearted comedy. ***1/2

In a move that nobody ever saw coming Starlight Kid has joined Oedo Tai.  For years now Starlight Kid has been a protege of Mayu Iwatani and was always seen as the performer who could eventually step into Iwatani’s role as the leader of the good guy faction in STARDOM.  Alas, the two have now been broken apart by Oedo Tai who tied Iwatani to the ring post and forced her to watch as they took Kid away. I’m initially not a big fan of Kid in Oedo Tai as the faction risks becoming bloated and puts a ceiling on how high she can go in the short term.  What does fill me with hope is that we have seen Kid show an impressive mean streak in the past that could make her a fantastic heel if she chooses to lean into it.  STARS and Oedo Tai don’t seem done with one another just yet, how STARS can recover from two major losses remains to be seen but with Jungle Kyona waiting in the wings her eventual return may turn the tide of this war.  ***1/2

This was Kamitani’s crowning moment.  Winning the cinderella tournament, against her old rival, by pulling off a picture-perfect Phoenix splash, there was no better way for Stardom to establish Kamitani as a main player than this.  To her credit, Maika getting to the final of this tournament is an achievement and is a further testament to the fact that she will be a world champion in Stardom eventually.  But for now, this is the Saya Kamitani show and she is ready to stake her claim as one of the top stars in Stardom after this win.  ***1/2

Right from the word go this match was fantastic.  They established Syuri as the dominant performer very early on and that was a thread that kept this match flowing from start to finish.  Whether it was with her kicks, her submissions, or just her superior wrestling IQ Syuri was asking questions that Hayashishita had no answer for.  Hayashishita knew this coming into the match, she’s failed to beat Syuri in their two previous matches and she has admitted in interviews that she doesn’t know how to combat Syuri.  So Syuri dominated, but Hayashishita dug deeper than we’ve ever seen her go and refused to give up for 43 minutes, taking advantage of every mistake she could to try and gain a foothold in the match, but few things worked.

When the match initially hit the 30 minute time limit it was already a classic, but when they restarted the match it took it into the echelon of the best I have ever seen.  The restart allowed them to reset and change the flow of the match and spend the final 13 minutes going in for the kill.  In the end, neither woman could get a win, Syuri will be disappointed as she outclassed the champion, but Hayashishita hung on and never gave up despite the onslaught which makes her look almost unstoppable in my eyes.

One touch that added to this match was the fact that commentary and the match itself put over Syuri’s superior mat skills due to her experience fighting in the UFC, this made every single submission down the stretch feel important as either one could have put Hayashishita away, that attention to detail and continuity is what makes typical submission spots become important and it enhanced this match even further.

This was an absolute war that elevated both women to a status that nobody else on the roster can touch, when Hayashishita inevitably beats Syuri one day it will be a defining moment in her career and any clash between these two in the future is instantly going to be a highly anticipated match.  For now, we are left wondering who on earth can take this title away from Utami Hayashishita. *****

Stardom once again delivered on the big stage as Tokyo Dream Cinderella was an eventful show filled with entertaining matches.

Utami Hayashishita vs. Syuri has already gone down in my books as the best Stardom match I have ever seen and one of the best professional wrestling matches I have seen in about 2 years.  While it is the main event that has received all of the buzz from this show Saya Kamitani’s star-making win in the Cinderella finals is a moment that shouldn’t be overlooked, the same could be said for Oedo Tai’s shocking win in the all out war which has already changed the dynamic of Stardom.  Whatever faults I have with Stardom as someone that watches every show I would be foolish to say that these Pay Per View events don’t deliver every single time.

I’ve said it before and I’ll say it again, jump on the Stardom train now or you’re missing out on the hottest promotion in Japan. 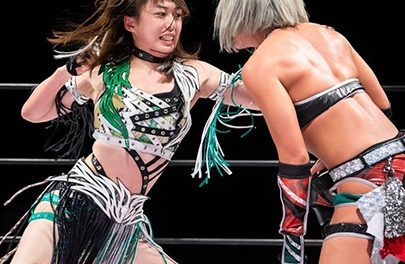 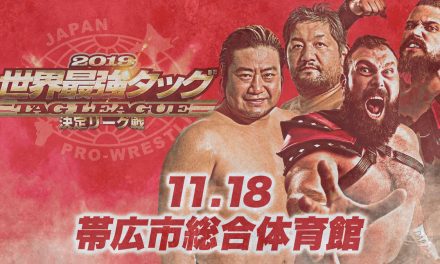