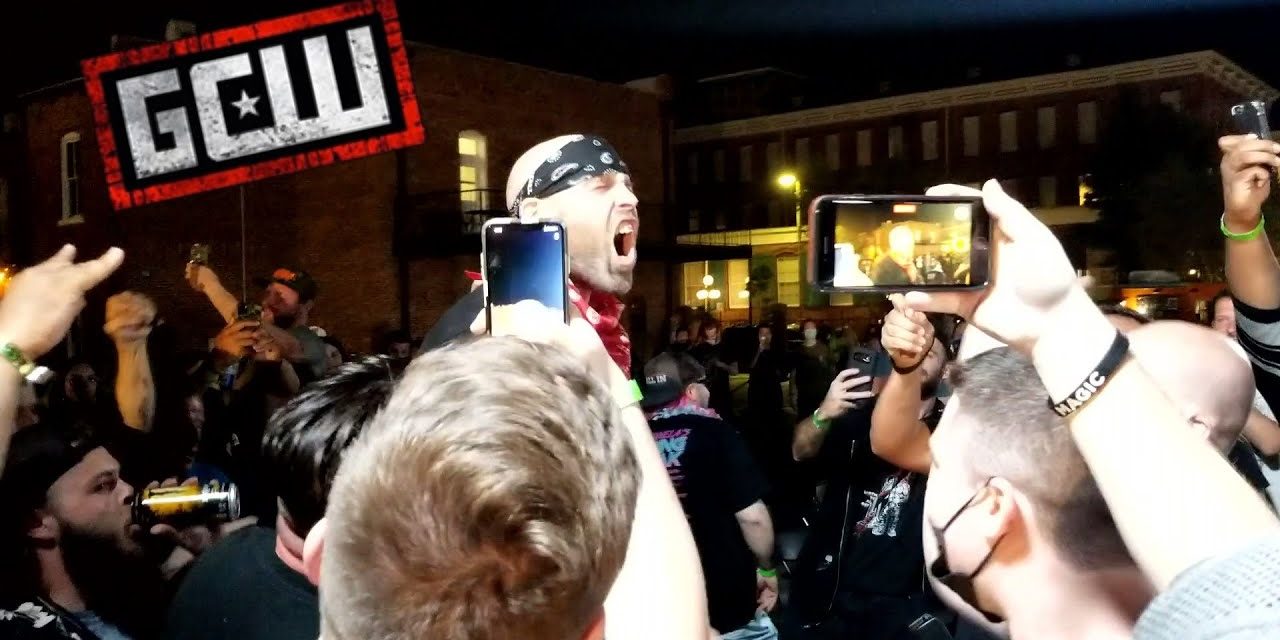 Sometimes, when learning lessons or getting an understanding of a topic, I find it outside of the topic itself.

For example, I didn’t realize the importance of entrance music from professional wrestling. I learned it from the movies and other sports. Take for example the baseball classic: Major League. One of the most memorable moments of the original (or the sequel for that matter) is Rick Vaugh coming out to X’s version of Wild Thing. The build to the song, the anticipation, his badass slow walk toward the dugout while the crowd chants and dances. Hell yes, how can you not be amped. But it’s more than just amped, it’s the attitude, it’s feel. It’s the tingling on your body that lets you know shit’s about to go down and it’s about to get real really fast. I love that. I love that a lot.

If you want non-movie examples, you can look at “Enter Sandman” by Metallica when legendary New York Yankees closer Mariano Rivera would walk to the mound. When those chords hit and he began his walk, you knew the night was about to end. That the game was going to be over in favor of the Yankees because you weren’t getting a hit against this man. Hell, Metallica themselves have amazing entrance music with “Ecstasy of Gold” playing them out at the beginning of their concerts. It builds and it builds, sets the mood, increases the anticipation until that moment they step out onto the stage and the crowd his a fever pitch, ready to rock out. Entrance music when done correctly and executed well is awesome.

Recently, Eddie Kingston and Jon Moxley storming out to “WILD THING” (there’s that song again) through the crowd were awesome as hell. That’s not to say theatrics are awful. The Undertaker’s entrance after all had smoke, darkness, thunder, chanting and it was memorable, iconic, and caused chills down your spine. I loved taking part in an Undertaker entrance, and it fit his character mold. I’m only expressing that it isn’t always needed to have a badass entrance. Steve Austin proves it, Hulk Hogan proves it, The Sandman proves it. Badass song, confidence entrance, a crowd that is losing its mind. Beautiful.

With those things in mind, there is no entrance to me that is better in pro wrestling right now than one of Nick Fucking Gage.

The leader of the MDK gang “Murder Death Kills” his entrance every damn time. When you hear the entrance of Nick Gage you know there’s about to be blood and beatings for someone. It’s awesome. Nick Gage is a modern-day folk hero. Someone who has risen from the ashes of his own doing and earned the respect, love, and admiration of his fans, and even those who aren’t his fans. He’s literally given his body in order to win our hearts, and it hasn’t gone unnoticed or unappreciated. One of the best things in wrestling today, and something I so desperately want to be a part of, is a Nick Gage entrance when he makes his way to the ring.

The build, the anticipation, the excitement, the energy of the man himself, and make no mistake he is the man. “For Whom The Bell Tolls” by Metallica.

Perfect. Heavy, hard-hitting, and on a personal note one of my favorite Metallica cuts. When those bells hit the hornet nest already begins to stir. The anticipation of a fever pitch wastes no time, you can feel the energy go up to 11 (One higher than everyone else). Then Cliff Burton’s bass kicks in and everyone begins to chant, clap, and begin to build their energy inside of themselves. They want to explode, they are ready to explode, but they are going to wait. They are going to wait until the man himself shows up.

Then Nick Gage appears and it becomes mayhem. Everyone roars, cheers, chants “NICK FUCKING GAGE” over and over again. Nick Gage doesn’t simply march to the ring, he moshes with the crowd, he runs into the crowd and allows them to swarm him. During the pandemic era, such antics and attitude could be jarring, but you know there’s just no not having it. Nick Gage is going to fist bump, hug, mosh, interact with his fans, and ain’t no fucking covid going to keep the king from doing his shit. As the music plays and Hetfield sings Nick Gage interacts with how many fans he can, each fan who is able to fist bump, hug, or scream/chant with him now is even extra happy and excited. Nick Gage’s entrances aren’t a moment, they are an event. They don’t make the match secondary, but they are just of equal importance. They are the pre-show to the show. Nick Gage savors, the crowd savors. Those of us watching at home feel the energy coming from our t.v and knife-edge chopping our chest. Some of us, such as myself, get hit with the vibe of “shit, I want to be there and be a part of that.” There’s a lot of ups and downs about GCW (I say this as a fan), but make no mistake having access to Nick Gage and constantly putting him at the top of the card is one of the major ups.

Nick Gage is about attitude, he’s about being genuine and true to himself. He’s not eloquent, he’s not polished, and he’s not a technically proficient wrestler. What he is though is the real, raw deal. You get what you see, you get what you hear. You know what a Nick Gage match is going to be, you know what you WANT it to be and he’s gonna give it to you. He’s going to put every damn ounce of everything he has into his performance so you can feel it, so you can experience it, so every dollar you spent to feel Nick Gage won’t go to waste. That includes his entrance, which includes him marching out and running into the crowd full speed as they swarm him like zombies who have found the best damn brains they’ll ever taste.

I want, need, love to one day be part of a Nick Gage entrance.

I want to swarm him, mosh with him, if this girl can get away with it give him a big damn hug. He’s one of my favorite things in wrestling right now.  Here’s a man with a comeback story. Someone who has hit rock bottom mended himself and raised to a position of respect and love. When he grabs a microphone at the end of the match, usually covered in glass and blood, you hang on to every word that comes out of his mouth. You feel what he’s saying because HE feels what he’s saying. It’s real, it’s legit it’s power. To get to that ending though, to get to that ending grips you there must be a beginning. The entrance music is the beginning. The pre-party to the party leads to the after-party. The entrance is one of the only parts of the total package that is Nick Gage, but it is arguably one of the best. It gets the audience going, gets them moving, and they feel it. They respect it, and in their hearts they love it. 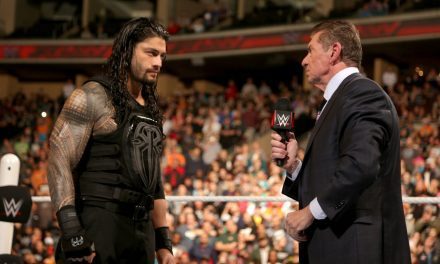