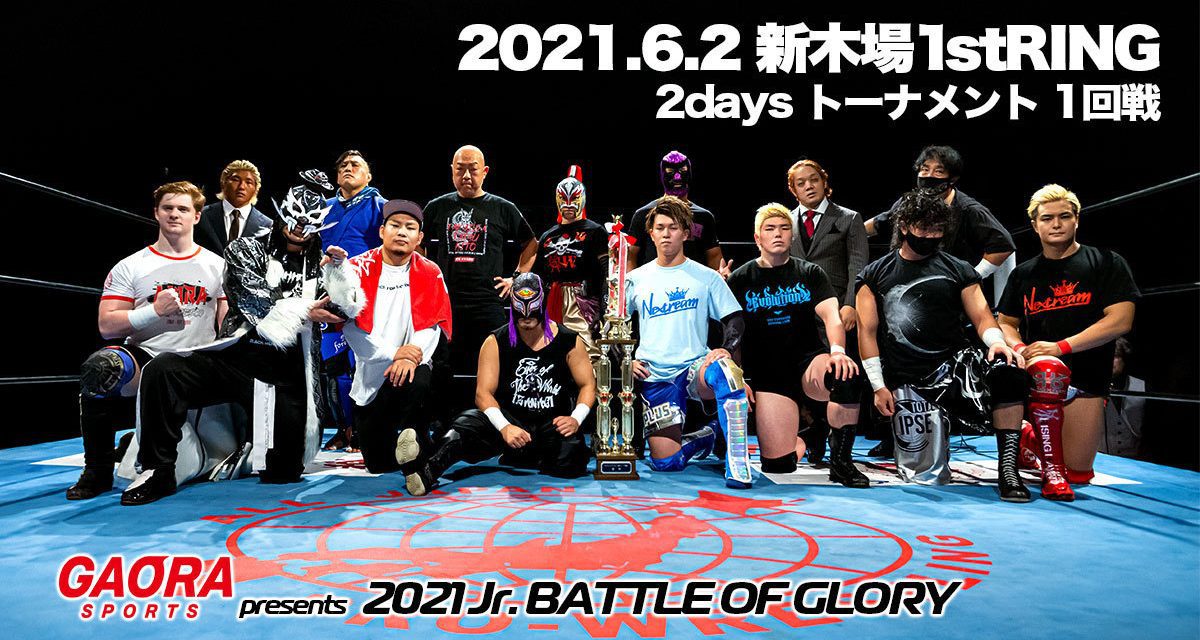 Akira and TAJIRI have faced each other in singles matches many times before, with TAJIRI always coming out on top. Now for the first time, Akira got his win over the man who scouted him and brought him into All Japan. Akira was also sporting new tights which is often a sign of big things about to happen.

This started like most of their other matches with lots of mat work and reversals. While that is generally TAJIRI’s style these days, it works the best against Akira in terms of match quality. Say what you will about TAJIRI (and I’ve said plenty), but he is willing to put over one of his boys and make them look good in the process.

Things picked up around the six minute mark when Akira landed a big Enziguri to turn the match’s momentum in his direction. From there we got a lot of pinfall and a few submission attempts from each man. They would try to roll one another up then go for a submission which worked into the more mat-based story of the match. Akira ducked a Buzzsaw Kick then hit a OsCutter for the win. The crowd even let out an audible gasp. There is a ceiling on TAJIRI matches but this was well built and logical and bonus points for Akira finally getting his big win over TAJIRI. Akira might be going much further in this tournament than I thought. ***1/4

These two have a bit of history. Last summer, when Kodama and Enfants Terrible came into the company, they briefly teamed together before Kodama turned on Menso~re. They got right down to business with some chain wrestling and did some brawling on the floor. Things did slow down when Kodama was working Menso~re over. Things picked up again when Menso~re went on the attack and got some near falls, but Kodama managed to lock on the Kraken submission which is similar to the Stretch Plum for the win. A fun little match, and this was the best Kodama has looked in a while. ***

Since this is Voices of Wrestling, if I knew who was under the Devil Murasaki match, I’d spill the beans. But I don’t. Murasaki didn’t exactly endear himself off the bat, as he stalled. After some decent chain wrestling, Murasaki then regressed again, just kicking Abe a lot, using a neck claw hold and biting. Abe eventually got on offense and the match improved. Murasaki tried to cheat by pushing the referee and using a low blow but Abe caught Murasaki in the I’ll Be Back cradle pin for the win. Not a good match. There seems to be a decent wrestler under the Murasaki match, but all the cheap heelwork brought the match down. **1/4

Kei threw the dust at Izanagi as soon as the bell rang. Izanagi then accidentally kicked the referee in the head. Kei then brought the usual Brahman plunder in the ring like a suitcase, and of course the bowling ball. Kei then put on an Ultimo Dragon mask and tried to do Dragon’s kick combo which Izanagi blocked. Izanagi then put on the mask over his own mask and hit the combo. Kei even hit an Asai DDT at one point. Both wrestlers tried flash pins and cradles on each other until Izanagi got a Small Package of the win. Thankfully this was kept mercifully short. I guess you would get more out of this than I did if you are a Brahman Brothers fan. **

Aoyagi immediately dropkicked SUGI out of the ring, and SUGI avoided a Pescado. They got back in the ring and did some more flippy-doo and then Aoyagi landed a spinning Plancha on SUGI on the outside. SUGI landed a Sasuke Special a little later. Back in the ring for more flippy-doo like a standing Shooting Star Press from SUGI and a Moonsault from Aoyagi. Aoyagi went for a Firebird Splash but SUGI countered it with a leaping Huricanrana then followed up with a rope-walk dropkick and then a Springboard Firebird Splash for the win. I wanted a dumb spot fest and I got a dumb spot fest. This was tons of fun and showed how far Aoyagi has come in building a high-flying arsenal. ***1/2

This was another eagerly awaited match. Two power Jrs. going at it. They threw a bunch of forearms at each other to start, and the young Tamura even overpowered the veteran Takaiwa. Takaiwa soon gained an upper hand and worked over Tamura. After surviving a top-rope Elbow Drop, Tamura went on an offensive flurry with shoulder blocks and suplexes that got a good response even by clap crowd standards. They also did the Lariating each other at the same time spot that I hoped they would. Takaiwa kicked out of a Powerbomb, and then hit a couple of big Lariats and a Death Valley Bomb on Tamura for the win. While I thought they would thrown huge bombs at each other right out of the gate, they opted for a more traditional build and the last couple of minutes were awesome. ***1/2

These two don’t like each other much, and this was very heated as soon as the bell rang. They each hit a ton of stiff-looking forearms on each other, and were acting like they could barely stand only two or three minutes in. They also brawled around ringside but it was a lot of fun to watch because of how heated it was. Sato even threw a chair at Omori which is something you never see him do. When they were back in the ring and blasting each other with forearms again, they did an extended wrist control spot which ruled.

After a long war of attrition, Sato managed to hit a Backdrop on Omori, but he kicked out at one. Sato then hit a Backdrop Hold (the hold part looked sloppy but fit in with the story of this match because Sato was standing around acting groggy) for the win. What an incredible fight with great selling by both guys. This was not the kind of match you’d expect in a Jr. tournament, but it still ruled and was a nice change of pace. Sato didn’t even go for any submissions in this, which is a big departure in style for him. Omori is going to be a star one day. ****

They started off with some chain wrestling that HAYATO managed to get the advantage with. But Lindaman soon hit a Tope con Hilo to the outside which put him in control. From there, this was a very back-and-forth match. While I wouldn’t call it a spot fest, because there wasn’t as much high flying as SUGI versus Aoyagi, this was still very much a movez match. It was fast paced with lots of big moves and reversals but no really overarching story. It certainly didn’t feel like it went 14 minutes. Also, if you don’t like delayed selling, this match might not be for you though, it doesn’t really bother me that much.

What I liked about the closing stretch of this match was that at one point HAYATO was in control but Lindaman then made a sustained comeback, pulling out much bigger moves than HAYATO was using and then put him away with a Tiger Suplex. It made Lindaman look like the clear veteran who has much more experience in the ring. I could see those who thought this was just a 14 minute sprint, without a deeper purpose, but that is exactly what I want in a Jr. Heavyweight tournament. ***3/4

I thought this show would deliver and it definitely did. If you skip the sub-*** matches and fast forward through the intermission, you can finish this show in under two hours. It is definitely worth a watch.

I don’t think there were any truly shocking results on Night 1, but I was surprised Akira won and also surprised that none of All Japan’s young Jrs. – Aoyagi, Omori and Tamura made it into the second round.

If you had to ask me who is going to win this, I think El Lindaman stands a good chance, but after tonight, I think Akira does too. And given the brackets, that could very much be the finals of this tournament. 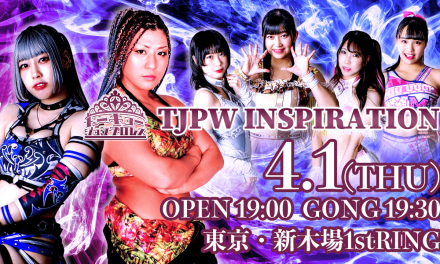 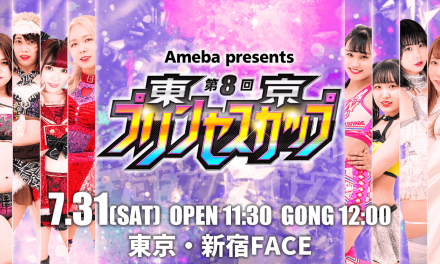 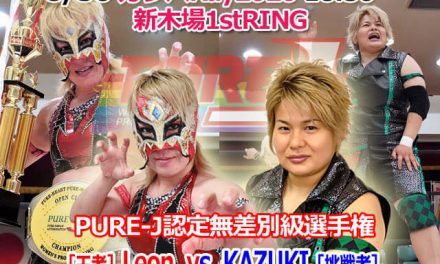