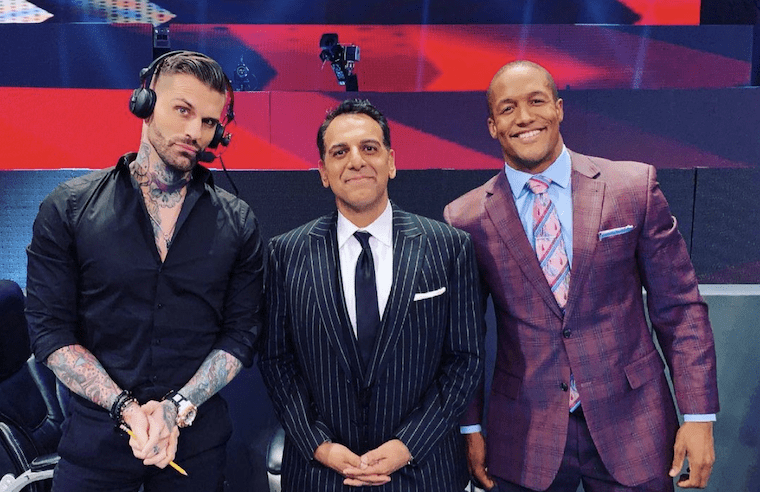 Since the beginning of 2018, WWE’s Monday Night RAW has had nineteen different commentary combinations, with fifteen different commentators within those. As of next week Monday, both of those numbers will increase once more with the addition of MMA commentator Jimmy Smith to the desk to replace the recently departed Adnan Virk. As a result of that change, RAW averages a new commentary variation every 62 days, with a new talent making their commentary debut every 77 days.

While WWE was prone to making commentary changes at a frequent pace before recent years, the rate at which they are making changes has risen dramatically from years prior. Over the period of 2015 through January 2018, a comparable time period to the initial examination, RAW had seven different commentary combinations with seven unique commentators, a rate of one new desk and on-air talent every 156 days. As one Scott Steiner would say, the numbers don’t lie, and they show that WWE has gotten trigger-happy with adjusting RAW’s commentary desk over the last three years.

What has changed since the latter half of the last decade? What has caused this trigger-happy method of constructing commentary desks? Here are a few possibilities:

It would be impossible to discuss the stresses a WWE commentator endures without looking to the man on top of the company’s role in commentary. While he may not be on the desk anymore, he still has as much of an influence on the desk as he did when he resided at it. There are many tales of Vince shouting into commentary’s ears during the shows, feeding them lines and catchphrases to regurgitate to the show’s audience. WWE in recent years has become a company obsessed with nicknames and catchphrases, as Vince McMahon clearly believes that the viewers could not possibly comprehend complex names such as “Braun Strowman”. Thus, he gives them nicknames that are longer than the names themselves, such as “The Monster Among Men”, the nickname of the aforementioned Strowman. Having these nicknames shouted at you during matches for three hours every week is sure to be an exhausting experience for anyone, no matter how beaten down into submission long-time WWE veterans assuredly are at this point.

Not only does Vince like his catchphrases and nicknames to be said on the air, but he also has other ticks that his commentators are required to abide by to avoid his wrath. There will not be a tag in a tag team match without Michael Cole or Tom Phillips or whoever the play-by-play man yelling “TAG!”, often interrupting his partners to do so. As CM Punk recalled a couple of weeks ago on Twitter, he wants his commentators to call what they see on their monitors, even in situations where said monitors are nonexistent.

He does not want his commentators to call the action the company provides as wrestling, despite wrestling being one-third of their company name. Pat McAfee recently described on The Rich Eisen Show as having the voice of Vince McMahon in his ear feeling like the voice of God. Just like people’s opinions on God when it relates to religion, opinions on Vince’s role as the voice of God also differ drastically depending on the talent.

The Quality of the Product

You may be thinking “But Jack, Vince has always been in the ears of the commentators since he left the desk before you were born!” That is definitely a valid argument to make, and one I may be inclined to agree with. Perhaps it is the quality of the product causing the frequent shifts. While WWE has had its frustrating moments dating back to its formation, it is widely agreed that the product has dipped to all-time lows in recent years, a fact that also can be quantified with the decrease in television viewers. Having to be the voice of various Fiend segments, goofy backstage angles and 24/7 shenanigans has to be exhausting to even the best programmed WWE robots. On top of that, it is also challenging to explain a product that simply doesn’t do long-term storytelling on a week-to-week basis anymore, as a result of the man upstairs thinking his audience have the brains of a fish. Such factors assuredly contributed to the lightning-fast departure of Adnan Virk, who left the company just two months after being hired. It makes sense that a man whose background comprises telling stories within various real sports can’t bring himself to attempt to put together WWE storylines in a coherent manner.

When commentary is putting more effort into telling stories than the actual writers, a fundamental problem exists.

While the real-world scenario of Virk’s departure may give credence to the above theory, one could argue that more commentators would have left if the creative product were the main issue. Another issue that could be contributing to the turnstile is burnout. Doing commentary for RAW is an exhausting job for one to do. Three hours a week, every week for a year, with no breaks. No matter how good you are, the social media scrutiny will assuredly follow, which can get to even the best of us. All of that contributes to an overall burnout, and when one is burnt out, it is hard to perform a job at the level expected by McMahon.

Ultimately, I think the turnstile can be explained by a combination of the three factors. Vince McMahon’s influence and ticks are a guarantee to drag anyone down, and having to perform to his expectations for three hours every week must be one of the most mentally draining jobs in the company. Having to explain the horrible storylines also contributes to not being in the best head space doing the job. If I were forced to watch The Fiend every week and was expected to pretend it was good, I would go insane. Bryan Alvarez doesn’t even have to pretend it is good, yet he clearly would rather be doing anything else than reviewing RAW. All of that also contributes to the burnout that already exists by doing commentary three hours a week, a draining task even if the other two factors were minimized.

It is clear with the hirings of Adnan Virk, Pat McAfee & Jimmy Smith that WWE wants to legitimize their broadcast with a sports-like feel. It has been a success with McAfee so far, as he has fully bought into being a WWE robot. With Virk, however, it was an absolute failure, with the company required to move on just two months after hiring him. While he did his job as expected, it can be inferred by his sudden departure that he hated doing it. He may give the travel excuse in public, but he would have known when hired that WWE were planning on returning to the road in the near future. We will see if Smith falls into the Virk or McAfee category of WWE commentators. If he falls into the former, we will see yet another WWE commentary desk change, increasing the turnstile that has spun faster and faster ever since 2018. 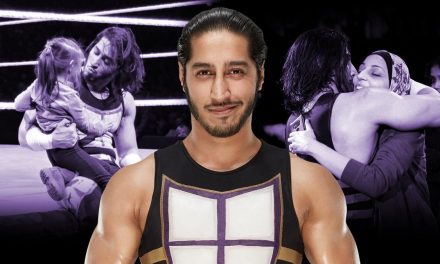 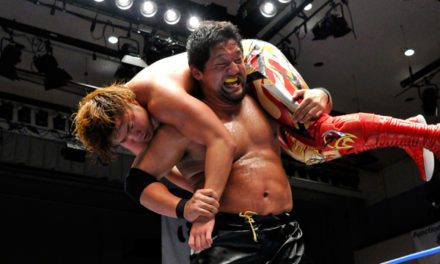 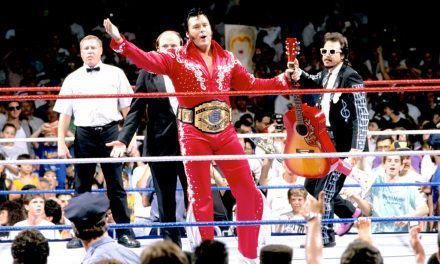