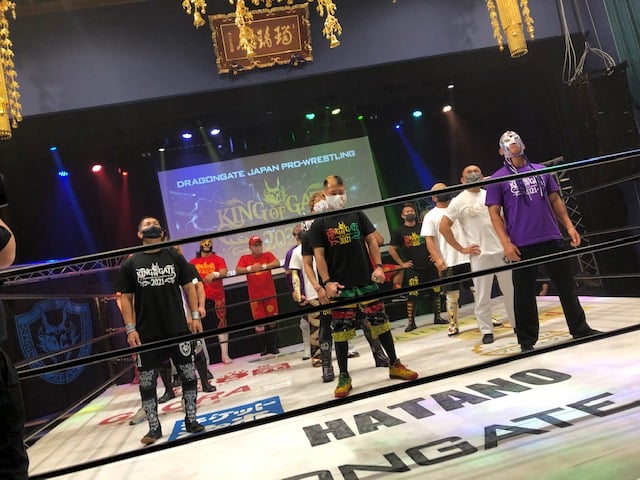 These two have shown great chemistry with each other so far. Their encounters during the unit disbands and the cage match were tremendous and this was another good effort. SBK is experiencing doubt for the first time in his career.

He was the super rookie that beat everyone in his first year including Dragon Kid. Now he’s got someone that is just better than him and beats him. Hopefully DK’s body is going to hold up as these two could have some more bangers in the next couple years. Its going to be a great moment when SBK finally overcomes Dragon Kid in a big singles match. Maybe even takes his mask eventually. SBK is still rough around the edges but its already clear that he will be a tremendous worker in a few years.

As the lowest guy in his unit H.Y.O became the de facto babyface in the match. Ishida was absolutely ruthless with his stablemate. Just tore his leg apart and clearly showed that he is his superior. HYO showed some great resilience and could easily transition into an underdog babyface loss post once his heel run is done. Ishida also showed that he really has matured as a wrestler as this dominant performance did not look out of place and he is well-positioned to become the leader of the next heel unit whenever that reshuffle occurs.

Eita’s impending face turn is starting to reach the status of Zeno’s paradox. While we are always getting closer to it it also seems like it’s never going to happen. To be quite honest I also do not want it to happen as he is just a tremendous douchey heel as evidenced by his performance in this match. Jason Lee was great like always is. He has some of the best-looking offense in all of wrestling and his selling is on point as well. I get why DG doesn’t want to push him above his current status but they should just get over themselves. Great effort by both men and one of the best matches on a very good show.

The first match that I felt got hurt by being in front of no fans. That does make sense as Ben-K and Doi are two of the top-level wrestlers in DG that play off of the crowd more than most. That made the middle portion of the match feel pretty middling as they obviously could not do that.  The ending sequence was great though and really saved the match for me. This was also clearly a match between equals as they went toe to toe. It really showed that Ben-K has properly arrived among the upper echelon of the promotion now. Overall, a good match but it did not blow me away.

Not much of a match as Okuda dominates U-T for a bit before getting caught in a flash pin. Great storytelling, though, as Okuda was overconfident after beating U-T at Dead or Alive.

This was probably the worst match on the show. It wasn’t necessarily a bad match but a wholly unmemorable one. As much as I enjoyed Yoshida’s Twin Gate run he has always been a decidedly mediocre singles wrestler and Broken BxB Hulk is on that same level if not even below it. Still, this was about as good as a match between these two could have been in 2021 it’s just that this ceiling is not very high.

These two went to war. Not just was it a great match but it also feels like one of those DG matches that will play into story-line developments down the line. It is already highly unusual for the promotion to bring back a faction after it disbanded but when Natural Vibes inevitably falls apart it will due to one of these two men. Who goes heel between the two is still very much up in the air but the smart money is on Kzy and this result seems to reinforce that narrative. Tremendous performance by both men and the best match of the night. They held nothing back despite being in front of no fans. Especially on this website a lot of statements have been made about Susumu being one of the most underrated wrestlers in the 21st century but performances like this just make these statements all the more clear. I would put Kzy on that list as well as he working his way up closer and closer to my all-time Top 100 list. ****

This was a decent match but nothing blow away. With that said baby YAMATO Kota Minoura is continuing to grow up and mature as a performer. Diamante’s growth as well has been tremendous. When he started out in DG he was legitimately one of the worst wrestlers in all of Japan. Now it is becoming a bit more clear what Ultimo saw in him as he has become a solid part of the promotion’s roster and is more than able to hold his own in a match like this.

This very much felt like a fight between the old ace and the prospective new one. YAMATO shows yet again that he’s still got it by inflicting Shun with his first loss since his return from Mexico. I am also calling Shun the prospective new ace as I am not 100% certain that he really got what it takes to get there. He’s got a ton of talent but this match also very much showed the gap between him and someone like YAMATO. Some of that is obviously just experience but a lot of it is also just that intangible “IT factor” that Shun just does not have. There are guys on the roster like Kota Minoura and SBK that also have it and Shun will be a perfectly fine stop gap until they are ready.

I obviously don’t want to bury Shun too much as he has a ton of talent and more than held his own in this match. He will be a guy that is in the mix on the upper echelon’s of DG for years to come but this will likely be his longest title run with the Dream Gate. A run that is cursed and will come to an end once the winner of this tournament has been decided. This match was very well-deserved main event as it felt like the most high-profile match on the show. It is easily the second-best on the card just behind Kzy and Susumu which was just a tiny bit ahead of it. Nevertheless it was not hurt in any way by not being in front of fans, which is a testament to both wrestler skill in the ring. ****

Dragongate knocked it out of the park with Night 1 of King of Gate. This was about as good as you can expect from a show with no fans as there was not a bad match on the entire card. In fact it had two matches that were must watch and are well worth your time in Kzy vs Susumu and YAMATO vs Shun Skywalker. 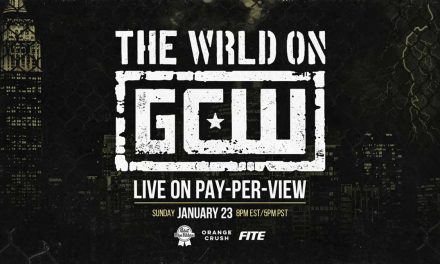 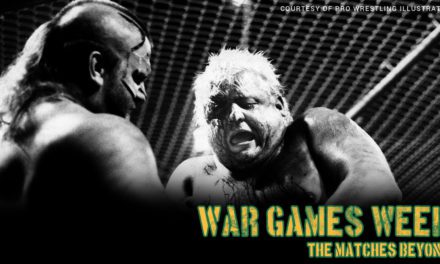 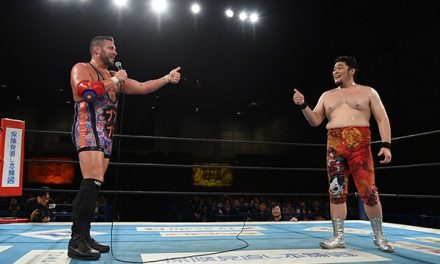