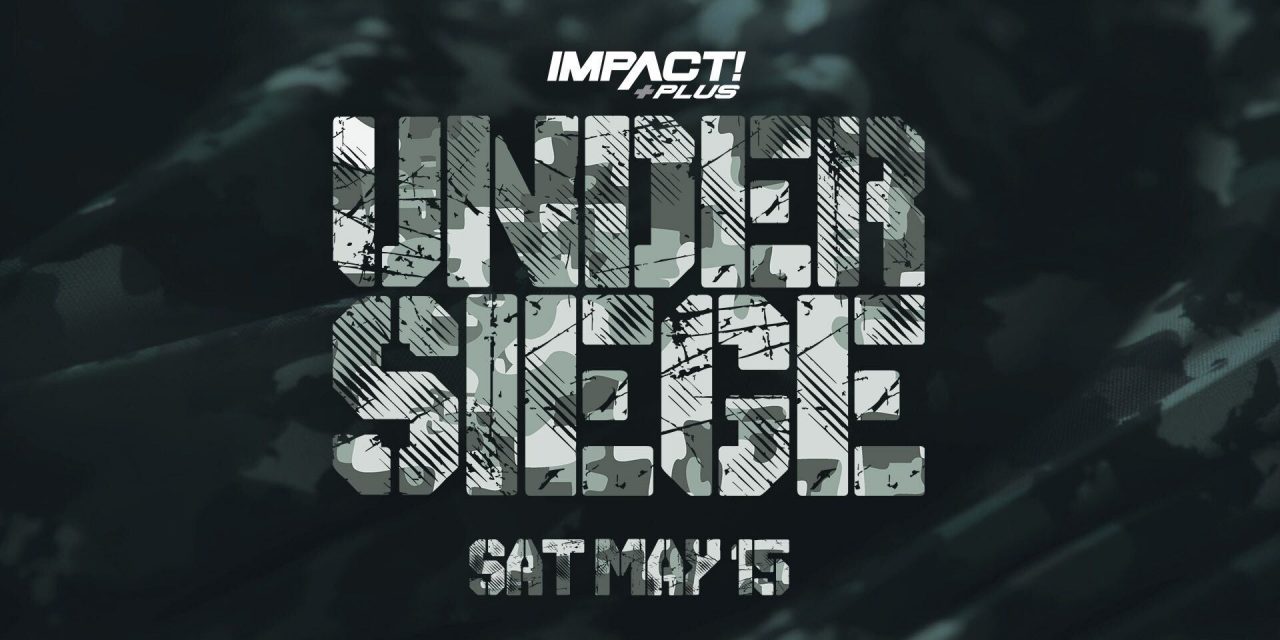 Impact Wrestling’s monthly special for May, Under Siege, airs this Saturday from the Skyway Studios in Nashville. In the nominal main event, Impact and AEW World Champion Kenny Omega teams up with The Good Brothers to face Eddie Edwards and the Impact Tag Team Champs FinJuice, while there’s also a six-man scramble to determine who gets the first singles shot at Kenny.

This match more or less came out of nowhere on the go-home show but it should be good fun and I’d probably expect it to be the show opener. Madman Fulton, Shera and Larry D got into it at ringside during the contendership match for the X-Division title, with everything coming to a head in an enjoyable Swingers Palace skit later in the show.

TJP and Petey Williams is a very fun team on paper, but with FinJuice as champs and the winners here figuring to be a relatively routine defence, you’d have to think that a heel tandem would win. Rohit Raju is my guy but Austin and Fulton getting the victory makes most sense. Prediction: Ace Austin and Madman Fulton

Is this where we get a double turn? Myers is much more natural as a heel but they’ve not got a vast amount for him to do unless they go back to the Cardona programme, while Decay, who are probably also better as heels and feel relatively aimless at the moment, have left him laying twice in the build-up. As a match, this should be quite good as Taurus is great and Myers has been enjoyable in his Impact run (from my view at least). Probably got my hopeful hat on but I think Taurus wins and maybe moves towards an X-Division title shot. Prediction: Black Taurus

Taylor Wilde and Tenille Dashwood vs Kimber Lee and Susan

I also said that Tenille Dashwood produced the best performance of her Impact run at Rebellion and hoped it was her beginning to turn a corner. Sadly, that corner will not continue turning here. Dashwood wants Wilde to go after the Knockouts tag titles with her but Wilde is focused on Deonna Purrazzo and the Knockouts title. In an attempt to convince Wilde to team with her, Dashwood saved her from a beatdown and then interfered in her match with Susan a week ago, setting up this contest.

Wilde and Dashwood are definitely winning, with the natural direction then presumably a singles match at Against All Odds and a singles title shot for Wilde at Slammiversary. Prediction: Taylor Wilde and Tenille Dashwood

It is early days but I’ve dug Impact’s presentation of W. Morrissey so far. There were a lot of ways they could go with him and work with his post-WWE release issues and I feel they’ve done it tactfully. It’s not been a hard luck story but they’ve not also not ignored them completely. They’ve billed him as someone with a point to prove, not to himself but the fans he feels didn’t care about him when he got released and then struggled with substance abuse.

Physically, Morrissey looks fantastic and had a promising in-ring showing at Rebellion, but this is a real test of the work he can produce in Impact. Luckily, he’s in there with Mack, one of the promotion’s best hands. Mack has strong cache in the promotion but no real direction at the moment, so this should be a big win for the new recruit. Prediction: W. Morrissey

In most instances they’re lazy booking but here you can at least understand the logic behind it, with Ellering being Grace’s surprise partner at Rebellion and Jazz being in their corner. They’ve also given it some credence, with the teams splitting a pair of singles matches in the build-up, Steelz pinning Grace and Ellering defeating Hogan. However, with Grace recently re-signing with the promotion, the champions are a cert to retain here. Prediction: Jordynne Grace and Rachael Ellering

This is, without question, the match I’m most looking forward to at Under Siege and it’s probably going to be match of the night when all is said and done. Matches like this are why the renewed partnership between Impact and NJPW is a cause for celebration. Alexander is probably Impact’s best bell-to-bell guy at the minute and Phantasmo is a superb talent accustomed to big match settings.

In truth, I was a little surprised they went straight to this match but I’m very much here for it. I really can’t see Alexander losing the title so soon, but I do hope that this isn’t the last we see of the Head Banga in Impact Wrestling. Prediction: Josh Alexander

Impact has done a good job of building up Havok as the challenger of the month. She beat her former tag partner Nevaeh in the blow-off to their feud, picked up a win over Kimber Lee and Susan on the Rebellion pre-show, got in Deonna’s face backstage and then beat Rosemary in the top contender’s match on the go-home show. Simple yet effective. She’s got a decent match in her but her chances of winning are very low, with Deonna looking set to retain until Slammiversary. Prediction: Deonna Purrazzo

Kenny Omega and The Good Brothers vs FinJuice and Eddie Edwards

The six-way scramble match has got top billing on the Impact website ahead of this, hence why I’m writing my preview for this match first, but I find it hard to imagine that this won’t be the main event. Look at the guys involved, and their status within the promotion, and tell me I’m wrong.

The match itself has been well-built, playing off the established feud between FinJuice and The Good Brothers for the Impact World Tag Team titles and it’s introduced the idea of Eddie Edwards, in many ways the face of Impact, challenging Kenny down the line for the title, potentially in a hardcore match. They’ve also continued to play up The Good Brothers’ indifferent win-loss record of late and that Kenny is their key to getting back to winning ways. Again, a simple but effective build to what should be a good match.

I can envision a world in which Edwards and FinJuice win to set up the two title matches but it’s also very hard to see Omega losing his first Impact match since winning the World title. Prediction: Kenny Omega and The Good Brothers

While scramble matches increasingly divide opinion (I can hear lazy booking sirens going off everywhere), this has the potential to be a lot of fun and it’s got intrigue for me because I feel the company could go in a few different directions with the winner.

Matt Cardona was someone I had earmarked as an obvious guy to challenge Omega because it’d probably draw a fair few eyeballs and would, if AEW were to take an interest, work for their audience also. That said, I think he’s got the fourth best shot to win her, ahead of Bey and Miguel but behind Moose, Callihan and Sabin.

Callihan was beaten down by Omega and The Good Brothers on the first show after Rebellion and has history with Don Callis. He’s also accustomed to taking the fall in big matches. However, he got the pin in the go-home show showcase match, so his chances feel diminished here.

That leaves Moose and Sabin, who have a little story going on between each other and were both part of Omega’s in-ring Impact debut back at Hard to Kill in January. I’d personally love it to be Sabin but it’s hard to look past Moose. From a story perspective, he’s played up trying to win the Impact title before his contract expires in June, which would add an interesting wrinkle to any match with Omega. He’s also in the best shape of his career and doing the best work he’s ever done at the moment, so not giving him the win would feel like a missed opportunity. Prediction: Moose 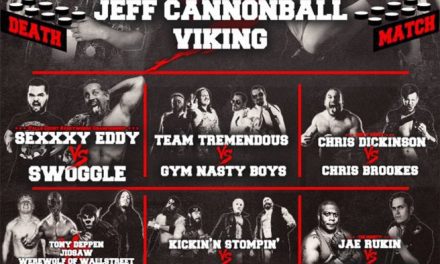 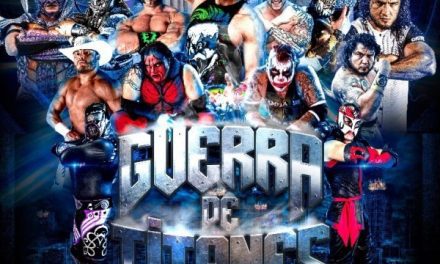