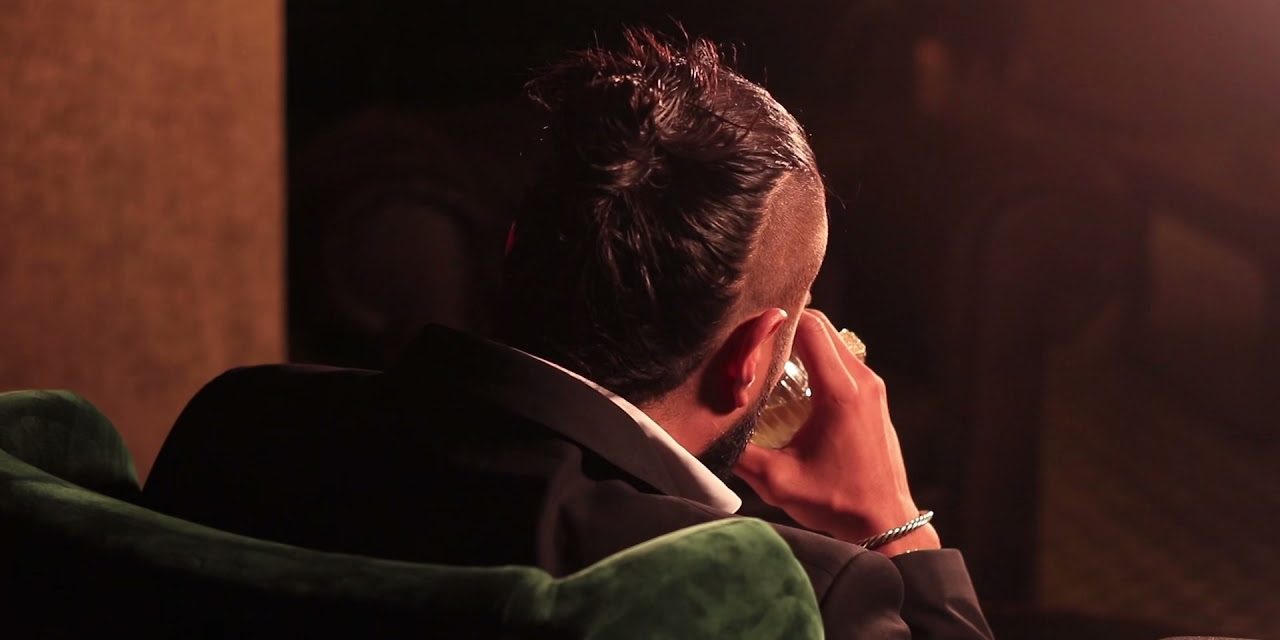 It’s been difficult keeping up with AAA after their recent legal issues have prevented all-new shows to be broadcasted outside of Mexico. The last AAA show that I watched from start to finish was TripleMania XXVIII back in December. It was a fun show and was going to give AAA a boost in the right direction after their year was halted due to COVID. Since then, there have been a few of their tourism shows and some AutoLuchas tapings here and there but trying to make sense of which show airs when has been impossible. Luckily we have a full card for Rey de Reyes and this should provide us a good starting point in the year as we approach this year’s TripleMania, which as of now has no set date but will probably be a fun show regardless.

A quick note here, I do not have the full show with the stuff happening between the matches. I’ve searched high and low but there’s no way for me to watch the full show up here in Canada. I do have all the matches, however, and will be going forward with my review on those.

The winner of the match will face Laredo Kid at a later date for the AAA Cruiserweight Championship. AAA always has fantastic openers with lower card luchadors that always want to steal the show from the opening bell. Aramis and Arez have been getting some higher profile bookings in the United States lately, including a highly acclaimed singles match against each other in GCW’s Acid Cup, and have been really impressive every time they wrestle. Dinastia may or may not still be the Mini-Estrella Champion but he has packed on a few pounds and it adds too much to his look. This was pure insanity right away with Arez coming out of the start looking the best but Dinastia had a lengthy run in the match where he had everyone’s number. Hugo Savinovich yelling incessantly was the perfect soundtrack for the match, especially when guys flew in and out of the ring at breakneck speed. Topes, headdrops, Spanish Flies, and more! In the end, Latigo turned on his friendship with Arez and went on an absolute year! He delivered one of the meanest-looking Lariats of the year to Aramis to get the win. If you love multiman fast-paced spotfests, this one’s for you. ****1/4

Daga vacated the Latin American Championship earlier in the week citing “no competition” for the title. That’s fine. After leaving the promotion last year, Villano III Jr. returned to AAA for this match (without the Batista theme :’() and inserted himself back into the upper midcard against two of the best in the promotion. The match was laid out perfectly at the start, with the two smaller guys teaming up to eliminate the more powerful Taurus, but things went south when Villano looked legitimately knocked out within the first minute and was taken away to the back. Taurus is awesome and was a real highlight throwing and slamming Octagon Jr around when this turned into a singles match for a bit. Villano III Jr. did return to the match, which he shouldn’t have judging by his general grogginess in the way he moved, to take a hurricanrana from Octagon from the apron to the floor. Taurus then nearly maimed Octagon with a devastating Rodeo Driver on the ring apron. This quickly became dudes doing good lucha things until Taurus put the exclamation mark on the match with a gnarly lifting piledriver on Villano for the win. I am fully behind Taurus getting the belt and I hope this means he’s getting more singles matches in the future. This is AAA, so who knows. ****

This was competed under elimination rules to determine a new champion after Taya Valkyrie vacated the title to retire to Tuesday nights. IMPACT Knockouts Champion Deonna Purazzo was on commentary for the match. Sexy Star was a surprise luchadora but it was a new person under the mask and not the former problematic Sexy Star. Lady Shani still has one of the best themes in wrestling. There were a lot of good big moves and there was never a break in the action but something felt off when the focus went onto individual wrestlers instead of all the other action. I will blame that on the lack of a crowd – they would have ate up all off dives and the big moves. I was a little surprised that Faby won the title rather than Maravilla or Shani but I’m not against it. Faby is a good worker and looks to be building to a champion versus champion match with Deonna for TripleMania. This isn’t a must-watch but it was still fun to see all the big moves and provides a good primer for the women’s division after Taya left. ***¼

The winner of the match gets a big ass sword! Nothing screams “King of Kings” then a huge sword! The winner usually gets a shot at the AAA Mega Campeonato as well but we’ll see if that happens. This follows Rumble rules, so the action is start and stop. Whenever someone enters, they’ll hit all of their spots for a minute or so until the attention is diverted to the next entrant. Laredo Kid and Hijo del Vikingo started the match and were amazing. They are two of the best luchadors in the world and a singles match would be absolutely bonkers. Myzteziz Jr. was third and hit an impressive 450 Splash in his minute of control. Absimo Negro Jr. was fourth and was fine but a lot slower than the other three. Texano Jr. was fifth and brought a power dynamic to the match. Murder Clown was sixth and he slowed down the pace of the match but he hit a beautiful picture-perfect monkey flip on Abismo. Drago and Aerostar were seventh and eighth, respectively, and then the action picked up. Once all the luchadors were in the match, eliminations started up (even if AAA cameras missed some) and it led to a final two of Laredo Kid and Texano Jr. They had a fun final sequence where Laredo had the fight off a Rey Escorpion interference to finally connect with the Laredo Fly to earn the win. I’m not sure where Laredo Kid goes from here. He has the upcoming Cruiserweight title challenge against Latigo but as the Rey de Reyes, and seemingly earning a shot at Kenny Omega in the process, he should not lose much until that big main event. Once again, this is AAA so who knows where we go from here but this further cements Laredo Kid as their workrate guy in the main event. ***½

Pagano & Psycho Clown vs. Chessman & Sam Adonis went to a No Contest

Sam Adonis was the surprise main eventer and has jumped ship from CMLL to AAA (or that’s what AAA wants you to believe. His last CMLL match was in 2018). I’m happy the Pagano and Chessman feud is continuing this year, they had a really fun hair versus hair Aspuestas match in December at TripleMania. Chessman lost that match in December and now has badly dyed red hair in spikes. It’s not a menacing look but he could still kick your ass. Psycho Clown exudes so much charisma but going from his entrance to Sam Adonis’ was a stark contrast. Once the bell rang, the match was nothing too special. All four men got their opportunity to shine and some plunder was brought out to make things interesting. I could watch Pagano and Chessman batter each other with whatever they can get their hands on all day. That said, however, this was a nothing match that was a set up for the big storyline to close the show. Diamante Azul (a real jump from CMLL who last wrestled for the other company on April 17) and Puma King arrived on a speeding truck to go beatdown the tecnicos. Psycho Clown was speared through a table and Pagano was powerbombed off the top rope into a shopping cart! Chessman tried to make friends but also fell victim to the new stable via a powerbomb through a table outside the ring. These new invaders unmasked Ace and mocked his long-tongued mask.

The trio seemed to become a full-blown stable when the video feed cut away to Andrade, the former La Sombra and former NXT Champion, delivering a promo from his office (with a full-blown tiger hanging on the wall).

According to translations, he is coming to AAA for two different reasons: beat Kenny Omega to become the AAA Mega Campeon and then do battle with Psycho Clown! Andrade and his new crew La Empresa are AAA’s newest faction of invaders. The Omega match will likely take place at TripleMania and will be huge when it happens.

I’m a busy guy, give me some time to think about it. https://t.co/HlnWxxjJt0

I am excited to see where we go from here with the new faction and how Andrade’s AAA debut will be handled.

Overall, this was a fun show and hopefully, we get some more good shows going forward. I am invested in this new La Empresa group and the eventual Andrade vs. Psycho Clown match will be a lot of fun. I’m thinking we could get a Los Psycho Circus vs. La Empresa match on the TripleMania undercard. I recommend checking out this show if you want an easy watch that comes in at under two hours. The opener was nuts and there were high spots in all of the other matches on the card.

When AAA tries, there is no one who can compare to them. 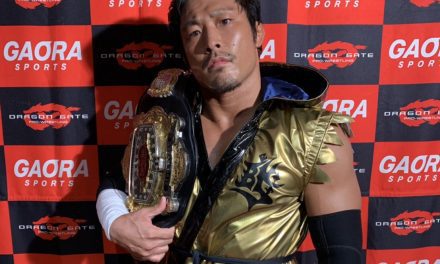 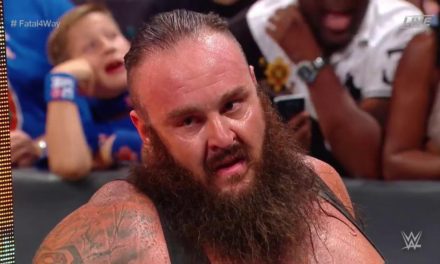