This week on Wrestling Omakase we review the latest Korakuen shows from NOAH & Tokyo Joshi, plus we TALK SOME TITAN and a lot more on a real tangent-heavy episode!

The Wrestling Omakase Patreon is your best source for coverage of Japanese wrestling, from yesterday and today. April is Champion Carnival month on the Patreon, as we’re providing daily audio coverage of each and every event in All Japan’s signature G1-style tournament! Our coverage of Nights 1, 2, 4 and 5, as well as every remaining night of the tournament, are exclusively hosted on the Patreon! As a bonus, we also had a full length Retro Roulette Omakase, covering five different randomly selected finals from Carnivals of the past! And you’ll also get to hear a brand new 5 Matches episode next week with first time guest & VOW contributor Kevin Chiat! Plus, you always get instant access to all of our archived content, including our many 1 Match episodes covering everything from Omakase patron requests, Tokyo Dome main events and famous rivalries, our exclusive Retro Roulette & 5 Matches episodes, ANIME OMAKASE, and more! You can get all of this right now for only $5 at http://patreon.com/wrestlingomakase

John is joined by returning guest Kevin Brown from the Bad Wrestling Podcast (@badwrespodcast). John & Kevin discuss the current pace of vaccine rollout, Round 1 arcade rankings and more, before getting into this week’s first topic of discussion: Pro Wrestling NOAH’s Neo Breeze Korakuen from April 18th. Well, actually just the top three matches of it for reasons out of their control (damn you Abema geoblocking!). They go into great detail on these matches to make up for it though, talking the controversial Keiji Mutoh GHC title reign and his hype match to set up his upcoming second defense with Masa Kitamiya, a junior heavyweight title match with Atsushi Kotoge and Nioh (with a bonus deep dive into Kotoge lore, discussing one of the weirdest wrestling careers in modern times!), and finally another hype tag for the upcoming Fujita/Sugiura National Title match, with a lot of praise for ‘ol Ironhead.

Once that’s out of the way they turn to Tokyo Joshi, our first trip back to that promotion in a while, to break down April 17th’s Still Incomplete show, also from Korakuen Hall. The two of them discuss being two of the true TJP Oldheads who can remember when these wrestlers were mostly horrible and no one watched it, and then break down a fun show full of good to great matches. They also talk a surprise retirement, upcoming title matches on next month’s Korakuen, RAKU’S TRAIN OF THE DAY, and more! Finally, they wrap up the show with the main event, TALKIN’ TITAN, as John & Kevin discuss the horrible ending to the Attack on Titan manga. There are major spoilers here for people watching the TV series, but not to be worried if you’re trying to avoid them- we give plenty of fair warning when we discuss them and it comes after all of the wrestling talk. But it’s been a recurring bit for all of Kevin’s Omakase appearances, so we had to wrap things up here with a fittingly terrible end of a truly terrible series. 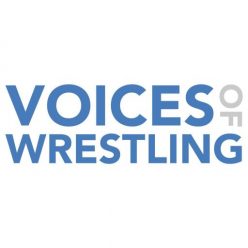