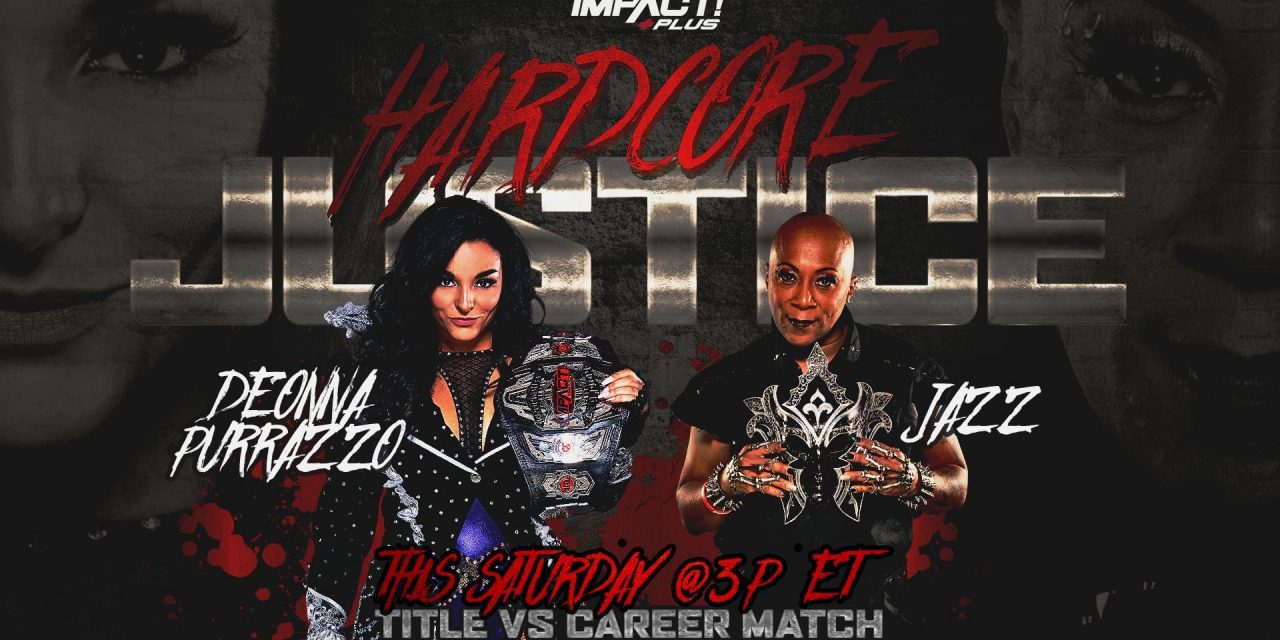 Forget the Forbidden Door, the best thing Impact Wrestling can do in 2021 is create a new Team Canada. No ifs, no buts. That’s the play and it’s a hill I’m willing to die on. Josh Alexander could be the best wrestler in the company right now, Petey Williams is back, Mike Bailey is allowed to work in the US again and there’s a lot of great Canadian indie talent out there. I’ve not fantasy booked this or anything. I promise.

This was Petey’s first appearance in an Impact ring in 13 months and he looked great. Physically he looked very lean and his in-ring work was smooth as ever. The rest of the match was good too as the X-Division guys continued to set the workrate benchmark for Impact in 2021. There were a couple of slow bits with Fallah but all in all it flowed well and was highly enjoyable. After Petey took out TJP with a Canadian Destroyer, Alexander secured the win by submitting Fallah with the Ankle Lock. ***1/4

This wasn’t awful. In many ways that’s a compliment as I thought it might well have been. It wasn’t necessarily good but it overdelivered so I left a happy man. In many ways, the saving grace here was Shera working as the babyface. He’s repeatedly struggled to work effective control periods in the past so allowing Hernandez, the more experienced and savvy worker, to lead the way was much more effective. They got in the big spot with Shera superplexing Hernandez onto the pile of chairs but it was actually the interference of Rohit Raju, who hit Hernandez in the face with a chair, which got Shera the win. **1/2

I’d like to think that Decay will be challenging for the Tag Team titles after Rebellion, irrespective of whether FinJuice or The Good Brothers win, because I can’t work out why else you’d think this was the best use of a talent like Black Taurus.

This was a TV match. I really have nothing else to say. If anything, it seemed decidedly long and that was because Gallows’ control period just lacked any real energy, meaning the moments of excitement were restricted to Taurus’ hot start and his comeback at the end. Karl Anderson attempted to run the distraction and while he got cut off by Crazzy Steve, it was enough to allow Gallows to land the big kick and slam for the win. **3/4

Occasionally, you get matches that throw the traditional star rating guide out of the window. This was one of them. It wasn’t good by conventional standards but it was fun for and it involved the real Impact GOAT, the Swingman, so it’s basically an automatic five stars.

The concept for the match was quite simple but I liked it. A Mystery Crate was placed on top of each turnbuckle, with a weapon hidden in each one. The first was a framed picture of Scott Hall, the second was a mouse trap that Swinger caught his hand in, the third was a set of knuckle dusters and the fourth would remain a mystery until later in the show. Cardona ducked Swinger’s punch attempt with the dusters, connecting with the Rough Ryder for the win. **

Callihan hit the ring to issue an open challenge for this show because people take what they deserve and he felt he deserved a spot on Hardcore Justice. Beale, a trainee of Trey Miguel who has been involved in Callihan’s feud with the former Rascal, accepted it and he got squashed. This was an effective showcase for Callihan, who is far too often on the losing end on Impact’s bigger shows. SQUASH

“You know why it’s never been done before, Tommy? Because it’s stupid.” Brian Myers, 2021.

Big Bad Brian was right. This was stupid. Blindfold matches have always seemed very ineffective to me and this was no different. The addition of weapons didn’t really make much of a difference and this just plodded along until the finish. Myers attempted to use a ref bump to get Something disqualified for taking his blindfold off but it didn’t work. Cardona, who’ll face Myers at Rebellion, slid the fourth Mystery Crate from earlier in the show, which transpired to be filled with action figures, to Something, who boshed Myers with it and got the pin. *1/2

While the action in the match was quite disjointed and not much to write home about, it did a fantastic job of developing the Knockouts division and setting up further matches moving forward.

Su Yung returned, eliminating ‘Susan’ on the ramp before the bell even rang. The alter ego gimmick they were doing didn’t work for me and while I’m not a big fan of the supernatural, creepy stuff, Su Yung is an asset to the division. She locked in the Mandible Claw on Alisha Edwards and took her to the back, setting up a programme there, while Nevaeh chucked powder in the eyes of her former partner Havok to stop her winning. Jordynne Grace looked to take advantage of that interference but Kaleb with a K took her out, allowing Tenille to pin Jordynne for the win. **1/2

When you do a title vs career match, you hope that the potential consequences for the wrestler putting their career on the line will add a level of storytelling that immediately elevates the product before you. While we didn’t quite get the intensity I was looking for here, it was solid enough and a nice way to spotlight Jazz.

The commentary team of Matt Striker and D’Lo Brown attempted to sell the stakes of the match and for the most part they did a good job but it too often drifted into the realms of excessive hyperbole and a profound disconnection with what we were seeing. Deonna was working over Jazz’s left arm but it wasn’t such aggression that you’d worry about her capacity as a partner and mother moving forward. Jazz did get her big comeback and paid tribute to Tommy Dreamer with a Dreamer DDT onto a chair but it wasn’t enough and after Deonna hit a big rolling exploder, she brought Jazz’s illustrious career to a close with the Queen’s Gambit (an Implant Buster). ***

Post-match, I thought they were going to pull the trigger on a Jordynne Grace heel turn but she just escorted Jazz to the back.

Tommy Dreamer was initially supposed to be in this match, but he was ‘attacked’ backstage. I thought that was to set him up to enter last for his team as the valiant babyface, only to get beaten down and get hoisted by his own petard. However, we got Trey Miguel instead and that was an upgrade when all was said and done.

Much like Lethal Lockdown in years past, this started with two competitors in the ring for five minutes before one person from each side came in at two minute intervals. Rightfully, it was the heels who had the man advantage, allowing them to work the numbers game before the next babyface could come in hot and add some intensity. Ultimately, however, the lack of a crowd was particularly profound in a match like this. Indeed, you didn’t get the energy you normally would when the numbers were levelled, meaning that the limited action we had for long parts was much more noticeable. That said, it was perfectly entertaining and Eric Young’s reported ACL issues didn’t seem noticeable (albeit this could have been taped before he suffered it), while Joe Doering was able to get some big spots in.

Trey Miguel’s meteora onto Doering and through a prone Edwards on a table on the outside was a great spot but it left Willie Mack isolated, allowing Young to put him down with the Piledriver for the win. ***1/4

Hardcore Justice was, it must be said, not a particularly good show. I get that it was supposed to be fun and different because it was the Wrestlemania weekend offering (hence just the one title match) but it felt fairly flat for the most part and just three matches got to the gentleman’s/ladies three for me. At just over two-and-a-half hours it was an easy watch, but with all the other wrestling going on this weekend, there’s nothing for you to catch up on. 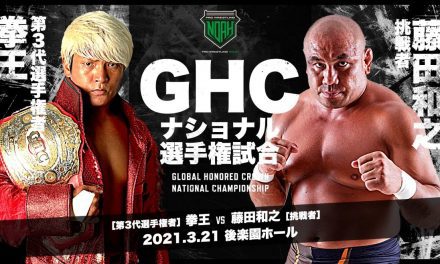 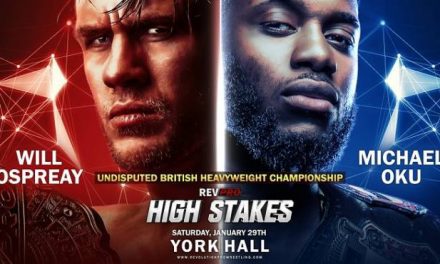