This week on Wrestling Omakase we break down Sakura Genesis from NJPW and Judgement from DDT in detail, and talk a little bit about being burned out on clap crowd era wrestling.

The Wrestling Omakase Patreon is your best source for coverage of Japanese wrestling, from yesterday and today. April is Champion Carnival month on the Patreon, as we’ll be providing daily audio coverage of each and every event in All Japan’s signature G1-style tournament! As a bonus, we’ll also be producing an exclusive full length Retro Roulette Omakase this week (before the start of the tournament), covering five different randomly selected finals from Carnivals of the past! Plus, you always get instant access to all of our archived content, including our many 1 Match episodes covering everything from Omakase patron requests, Tokyo Dome main events and famous rivalries, our exclusive Retro Roulette & 5 Matches episodes, ANIME OMAKASE, and more! You can get all of this right now for only $5 at http://patreon.com/wrestlingomakase

John is joined by first time guest & VOW contributor Neil David (@chubby_cthulhu), who introduces himself by discussing how he first got into wrestling in general and puro in particular. Then John and Neil discuss being burned out on 2021 wrestling- especially facing down more clap crowds in Japan for god knows how long- and what it’s been like for each of them during this difficult period of wrestling viewing. Once that’s out of the way they get into NJPW Sakura Genesis, a decent show with some major flaws. They disagree quite a bit on the main event in particular, and both of them do their best to make their case on its quality. John of course isn’t thrilled about Ospreay winning the shiny new belt either, and they explain why it just felt like a poor move (especially when it comes to Kota Ibushi’s character at the moment).

Then they turn their attention to DDT’s Judgement anniversary show from Korakuen Hall, starting at the top and working their way down through a better show. John defends the Akiyama-Higuchi main event from the haters, explains a Danshoku Dieno angle in probably way too much detail, and both of them rave about a short but sweet HARASHIMA-Sakaguchi encounter. Finally, they wrap things up by running down the card for DDT’s next Korakuen that’s only a week away (and will be covered on next week’s show!), April Fool. 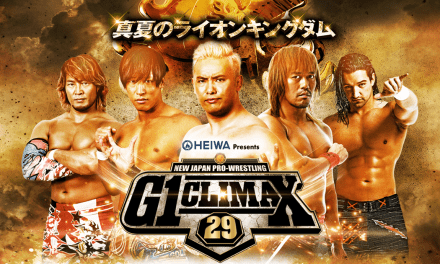 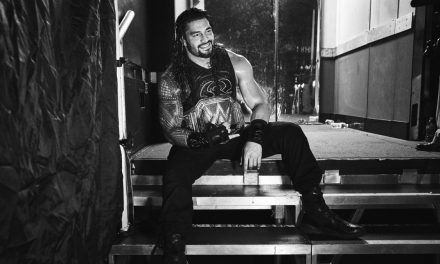