-Upcoming daily coverage of the AJPW Champion Carnival in April! Every show covered, every day!
-Our recently completed coverage of the 2021 New Japan Cup! Go back and relive the entire tournament day-by-day with our audio companion episodes covering each and every match in the tournament.
-Our various series of “1 Match” episodes that cover many different themes: matches submitted by Omakase patrons (currently ongoing), Tokyo Dome main events and famous NJPW rivalries (Okada-Tanahashi and Naito-Ishii so far, with more to come!).
-Many previous Patreon-exclusive full episodes with WH Park, Alan4L, Rich Kraetsch, Todd Martin, Chris Samsa, Sean Sedor, Nate from Everything Elite, Robin Reid from VOW Quiz Night, Garrett Kidney from Wednesday War Games, Mike Spears from Everything Elite/Open the Voice Gate and more!
-Anime Omakase, our series exclusively on the world of anime!
-And much more!

This week on Wrestling Omakase we take a completely randomized look back at Wrestlemania!

John is joined once again by their longtime friend and, for some reason, current WWE television watcher Bryan Quinlan (@IM_NOT_QUINLAN). They start things off with a chat about returning to indoor dining and how terrible NJTransit is, for some reason, before getting into the meat of this week’s episode: our game of Wrestlemania retro roulette. Six random Wrestlemanias are chosen, and then a random match is chosen from each, giving us six matches in total. And it’s a pretty eclectic mix, including one of the best remembered main events and one of the worst, plus some random six minute matches as well. If you don’t want to be spoiled on which ones we get as we reveal them throughout the episode, stop reading and go listen, but if you’d like to know first, see below-

Topics that come up along the way include: what the fuck went wrong in this Razor-Jarrett match, 1-2-3 Kid’s hilarious karate poses, lots of discussion on the Steve Austin heel turn and what went wrong, damn does this match still hold up, the Bashams’ journey from submissives to Cabinet members, lots of blind tags, the first one of these seemingly neverending multi-man ladder matches, disturbing Chris Benoit moments, John doesn’t remember this match because they got blackout drunk for that Wrestlemania, maybe it wasn’t quite as bad as people say, and finally- a six minute retirement match. Yep. 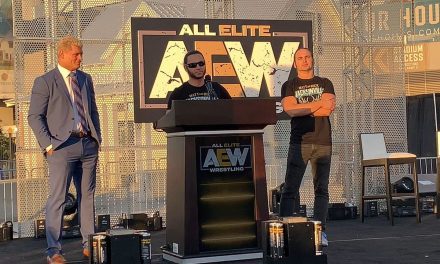 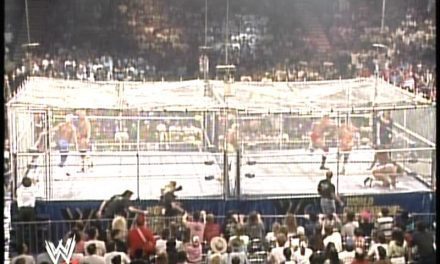