Ciampa vs. Gargano & Knowing When to End 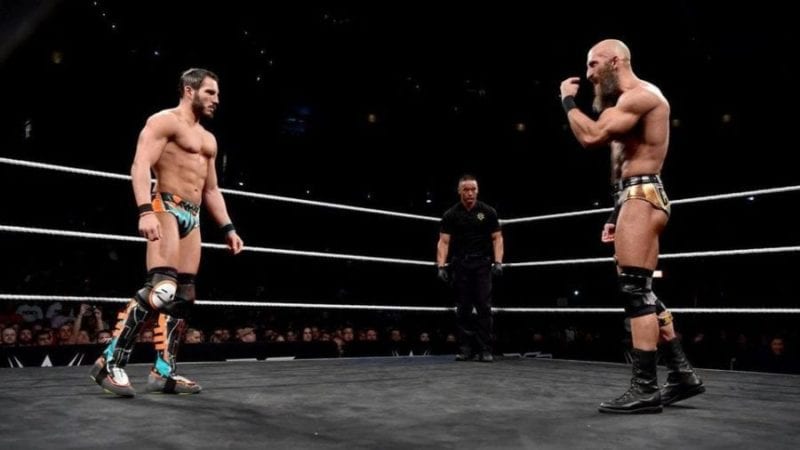 For a couple of years, the NXT show before WrestleMania was very memorable and for sure the best WWE-sponsored show of the week. 2016 had the debut of Nakamura in an awesome match against Sami Zayn and 2019 had Gargano against Adam Cole. Still, one of the matches that impacted me the most was the unsanctioned match of Gargano against Ciampa since I waited a year for that match. It is one of the best NXT matches and should have been the beginning of the end of that rivalry that year.

The feud was a simple one to follow: Tommaso Ciampa and Johnny Gargano were DIY, a beloved tag team by all fans. Ciampa betrayed Gargano since he thought of him as the weak link of the team and blamed him for losing the tag titles against the Authors of Pain. The feud did not start up immediately since Ciampa was injured. Due to the weak link argument, Gargano decided that he was going to prove that he was better than what people thought he was and slowly climbed his way for an NXT title shot in January. He lost the match against Andrade “Cien” Almas, and after the match, Ciampa made a surprise return and hit Gargano with his crutch. He then ruined another chance Gargano had for the title and Gargano had to “leave NXT”, which was the stipulation if he lost the title match. After Ciampa’s betrayal and ruining his career, Gargano was out for blood and the unsanctioned match was signed. If Gargano won, he would get back on NXT.

Did you skimp the last paragraph and want a succinct version of events? Ciampa was being an asshole, ruined Gargano’s career, and they had to fight it out.

I was invested not only because I love both performers and because I thought this was a genuinely good story to follow, but due to the hate that people felt for Ciampa. This was a genuine heel not wanting to be liked, being a complete asshole to everyone in the audience to the point of even fighting an old lady. His promos were on the money. While rewatching the match and the pre-match video package, I had forgotten how over Ciampa was as a heel. He was completely hated by the usual 50/50 Full Sail crowd. I don’t remember the last heel that was really hated by that crowd. People wanted Gargano to get his hands on Ciampa. I was one of those excited for the big day.

The first time I saw the match, I declared it the best WWE plunder match in years. After watching it again three years later, I remembered why I was so excited, but something happened: after seeing how this feud developed after that date, I was less invested while watching what is one of the best WWE dramatic plunders. More on how the feud developed later.

The entrances were brilliant. Ciampa coming down the entrance ramp without a theme with the whole Smoothie King Center booing him down and chanting “asshole” and “fuck you” is still amazing to watch (even though that YouTube link edited those chants).

Hell, one of my favorite chants on the match was when Gargano powerbombed Ciampa to the floor and everyone chanted “You deserve it”. I admit that I’m not 100% into cutesy or 50/50 chants, but you had none of those here. You had a crowd invested from beginning to end. No “fight forever” or any of that shit. Good crowd.

The match was violent and went straight to the punching and kicking each other. Gargano could not stop hitting Ciampa all over the place, including the crowd. After Ciampa got the upper hand, he took out the protective mat of the floor where he was powerbombed later in the match. They fought over the announcers, then there was a suplex from Ciampa to Gargano from the announcer’s table to the floor. Ciampa was so evil that he stole the crutches from a fan on the first row and killed Gargano with them (obviously Gargano returned the favor later). They even fought with Ciampa’s wrist tape in an inventive elbow sequence.

Then the match went into the “lots of kickouts of big moves” phase and it ended when Ciampa pretended to be friendly again, tried to hit Gargano with his knee brace that was on the floor, Gargano dodge it, got a hold of it, and choke Ciampa with it. That image of Gargano choking Ciampa with the knee brace left me very happy, and I thought that it was one of the best unsanctioned matches I had seen in WWE in years and I was really satisfied with how the story started and ended.

But it did not end there, did it?

They wrestled one-on-one two more times that year. In June 2018 they had a Chicago Street Fight with a really cool ending (a handcuffed Ciampa doing a DDT to Gargano on the unprotected ring) and in August a Last Man Standing match with a stupid ending.

Both those matches weren’t as good as the April one and felt unnecesarry, and the feud kept getting more dramatic, contrived, and stupid. They just felt that they needed to raise up the already high stakes and it went into so much melodrama that I was getting exhausted.

On their next step we had the Gargano heel turn, a turn I never understood. Ciampa came back from an injury and Gargano wants to take him out, and why does that make him a heel? Ciampa was an asshole to him and never apologized. It’s understandable that Gargano is still mad. Then I checked out. The less we talk about their April 2020 match, a fucking boring 35 minutes shitfest that competed with Edge/Orton as the worst match of the month, the better.

I understand why NXT felt the need to continue featuring Ciampa and Gargano as their flagship feud, but it had diminishing returns.

Since they wanted to continue this feud, they should have just done a regular-ass match in June to settle the score and then keep them away from each other for a while. The constant need of this company to overcomplicate their stories, even when they have a hit, it’s something they should learn to control. This is a feud that started with what is normally the blowoff match, but instead of going back to basics, they tried to try to top themselves over and over again and in that process tainted the amazing work at the start of the feud and the amazing April 2018 match.

Even though the progression of the feud has soured me on the match itself a little bit, the first Gargano/Ciampa match is an amazing spectacle, a great blow-off, the best modern WWE hardcore match, and the feud at the start was great. Rewatching the match again reminded me of how excited I was about this match, so excited that when I was starting to date my current partner at the time of this show, I used this feud to explain how theatrics in pro wrestling can work.

One of the recent NXT TakeOver problems now is that everything is too long and everything is life and death. This match is the one instance where those things are warranted because the stakes were actually high and this was a year-long rivalry.

Fire up the 2018 April TakeOver and re-enjoy this match all over again. 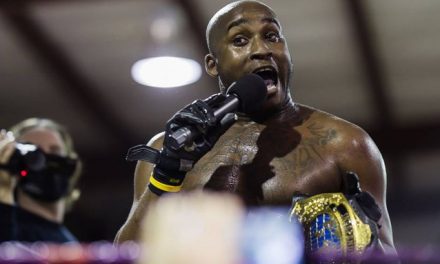 A Moment of Pride: How AC Mack’s IWTV Championship Victory Hit Me in the Best Way Possible