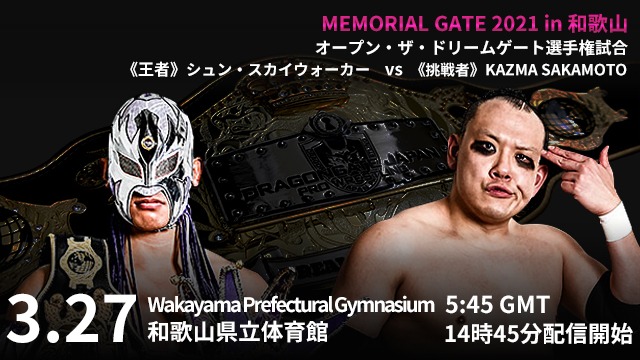 Shun Skywalker & Kazma Sakamoto, on the surface, feels like a very random and somewhat underwhelming Memorial Gate 2021 main event. Skywalker’s title reign hasn’t lit on the fire. Sakamoto is a freelancer in R.E.D, coming off of mainly being the second or third on “B-Teams” that held the Open The Twin Gate or Open The Triangle Gate titles. It’s Memorial Gate, clearly below the “Big Five” events of the year, and up until a few years ago was a bought show for a local TV affiliate of their TV channel that was only available for people outside the Wakayama Prefecture as a six months delayed DVD. So for people who do pulse checks of Dragongate, or helicopter in for bigger monthly shows, one’s opinion of this as a main event drastically differs from someone like me who is a completist and tries to watch everything that gets on the Dragongate Network.

Kazma Sakamoto is an unusual Dream Key holder, don’t get me wrong. The last freelancer to challenge for the Open The Dream Gate was all the way back in 2009, when Magnitude Kishiwada faced champion Naruki Doi for the title on a Nagoya house show that was not televised. That is so far in Dragongate’s past that it was during the only tour that Davey Richards did of the promotion, during the brief period of time that he did DGUSA after one of his numerous fallings out with Ring of Honor. As well, this is the first Dream Gate match with a person who was not primarily trained through the Dragongate dojo since PAC lost the Dream Gate to Ben-K at Kobe World 2019. It is rarefied air, this Memorial Gate 2021 main event, and regardless of the result, it is remarkable that this match is happening.

There’s also this dichotomy in perception for both Shun Skywalker and Kazma Sakamoto in this match. How an international fan thinks about this match and Shun and Kazma is likely much different than how the native fans have received this program. Shun Skywalker’s return from excursion at Gate of Destiny was a grand slam in set up, execution, and reception. Eita and R.E.D. ran riot over the company from its return from empty arenas, getting the Dream Gate at Memorial Gate 2020, and holding the title hostage until he was forced into defending against someone from the Dragongate Generation as a term of the Cage Risk match at Dangerous Gate. Kzy, who was on a hot streak, was nominated and their match in Osaka got out of control in its final moments leading to a complete brawl between R.E.D and DG-gun after Eita got a tainted defense. Even the Toryumon Generation tried to break the fight up to no avail when the lights went out and when they went back up, Shun Skywalker was standing alone on the ramp and stormed the ring to a massive gasp in the clap crowd era. From there he cleared the ring of R.E.D and called his shot in becoming the next Dream Gate champion at Kobe World 2020.

Shun made his proclamation come true in Kobe and won the Open the Dream Gate from Eita in his first match back from Mexico. Soon after, he formed Masquerade with Dragon Dia, Jason Lee & Kota Minoura and added La Estrella the next month. It was the first domino to fall in the conclusion of the Three-Way Generational War.

Since winning the title, the obvious holes in Shun Skywalker have been laid out for all to see: He’s a complete megastar in the ring, Masquerade has a very cool aesthetic and amazing chemistry, but he is unable to do the mic work necessary to be a true Big Star in Dragongate (think Masato Yoshino, Naruki Doi, Masaaki Mochizuki or YAMATO), and Masquerade doesn’t have a good mic worker out of the five (Minoura is a lot like Shun, Dia and Estrella rarely talk, Jason isn’t conversationally fluent enough for this sort of mic work). Naturally, that dampers his and their appeal towards the native fans and they have responded towards him the same way that they responded to Ben-K in 2019: A bit of confusion about how bad they are on the microphone and not taking Masquerade seriously as a top-flight unit.

That perception seems to be completely opposite to how Masquerade are perceived internationally, where their ring work, aesthetic and entrance are celebrated and bad mic work in Japanese is ignored. A native reception versus international reception disparity is not uncommon in the Dragon System. When Millennials landed in 2013, their response in Japan would best be classified as lukewarm as the international fans thought they were awesome. The similarity between Masquerade and Millennials is that their leaders (T-Hawk for Millennials) were that bad on the microphone. It took Yuga Hayashi joining them in early 2015 and becoming El Lindaman for them to have anyone confident enough on the microphone to go toe-to-toe with the legends (and it still was an embarrassment that a rookie was a much more charismatic talker than the predestined T-Hawk, he would never recover from these issues in his time in Dragon Gate.)

Shun Skywalker and Masquerade’s issues become even more apparent when one looks at what has happened in Dragongate this year. Natural Vibes reformed and has solid talkers in Kzy and Genki Horiguchi. The new unit HIGH-END is led by YAMATO and Dragon Kid with Keisuke Okuda and Ben-K as backup, and likely is the next in the lineage of “Super Face” units like old ones such as MaxiMuM, Monster Express, and the World-1s. Very quickly Masquerade has been marginalized and moved out of main events for these other units. 2021 is almost in April, and Dragongate has begun their build towards the biggest weekend in Dragon System history: Back to Back shows at Kobe World Kinen Hall on July 31st and August 1st, with one night being the traditional Kobe World Pro Wrestling Festival and the next being Masato Yoshino’s retirement show. It’s incredibly unlikely for Shun to either enter Kobe World as the Dream Gate champion, or to leave it holding the belt.

Kazma Sakamoto entered Dragon Gate during the turbulent summer and fall of 2018. After Stronghearts left and OWE was formed, the company opened up in a way that they brought in freelancers for other than big shows (something that they went years without doing.) Replacing CIMA, T-Hawk and El Lindaman on Korkauens and bigger shows were Kazma, KAI and Hiroshi Yamato. Kazma’s debut was at Dangerous Gate 2018, the show where failing Antias became Eita-led Real Extreme Diffusion. He was a surprise X where people were anticipating it to be PAC’s return to the company. To say the response was “wait what” is an understatement.

Luckily, Sakamoto adapted to the Dragon System style much better than Hiroshi Yamato and with more speed than KAI. Nominally a heavyweight, he comes off as a massive bruiser in comparison to the rest of the roster. He has the wind and speed to fit in well in the hectic ring style of the company and stands out as something different.

An issue with Kazma Sakamoto is that his history can color one’s reception of him in Dragongate. He calls himself “The Worldwide Desperado” (sorry Space Cat), because he hasn’t let too many companies tie him down outside of WWE. That meant that he could pop up in Pro Wrestling NOAH, or some of the sleazier micro indies in Tokyo. The sad thing about his freelance status is that it gave him the perception of being grimy and that can color one’s opinion of him. In the almost three years he’s been in the promo, Kazma Sakamoto has three times been a Triangle Gate champion and had a surprisingly successful Twin Gate reign in 2020 with BXB Hulk.

One of the ways Kazma has adapted to Dragongate is using his size disparity to his advantage. Put simply, he is one of the better workers in the company for a younger, and often smaller, wrestler to face. His strikes look lethal against them to the extent that his running knee has been dubbed “The Knee of Death” on Twitter and in GIFs. Somehow this freelancer that helped bolster the roster in its time of need has become one of the family and now is main eventing a major show.

The build-up to this match has been somewhat unique for Dragongate. Kazma made his challenge after Shun retained the Dream Gate against Kaito Ishida at Champion Gate. In the few weeks since Sakamoto has targeted Shun Skywalker’s lack of awareness and charisma on the microphone. Kazma believes that Shun is naive and too sweet to be a real champion. He attacked Skywalker constantly AFTER telling him that he will fight him in matches, on the microphone or backstage. It’s being made crystal clear to Dragongate fans the issues Shun Skywalker has as a champion. What they may have muttered to their friends or on social media is now a part of the Dream Gate storyline.

Shun and Kazma’s interactions in matches since the challenge show an abundance of chemistry. The best thing in Dragongate in 2021 so far has been the Masquerade versus R.E.D. multi-man tags on virtually every single televised show, and there’s no reason to believe that this won’t continue in the Memorial Gate main event. Shun Skywalker can prove his doubters wrong and have yet another Match of the Year Contender. Kazma Sakamoto might pull off the most shocking title change in Japan in a year that Keiji Mutoh and Jun Akiyama won GHC and KOD titles. The road to the biggest weekend in Dragon System history begins in Wakayama and either Shun Skywalker or Kazma Sakamoto will be leading the charge. 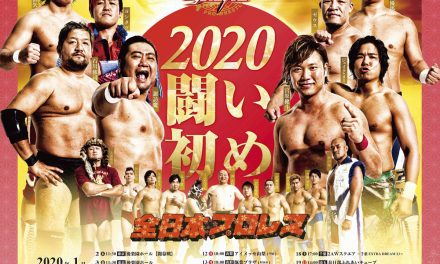 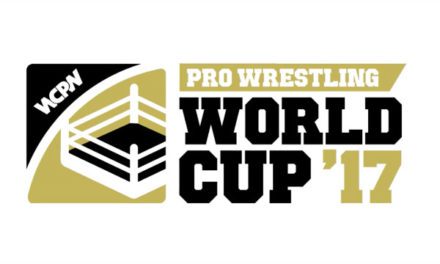